Back at the Steyning show in March, while running Slugworth, we had a problem. The loco kept stopping and going, it got so bad we took everything off the track thinking there was an intermittent short. Then it twigged that the problem was in my hand... 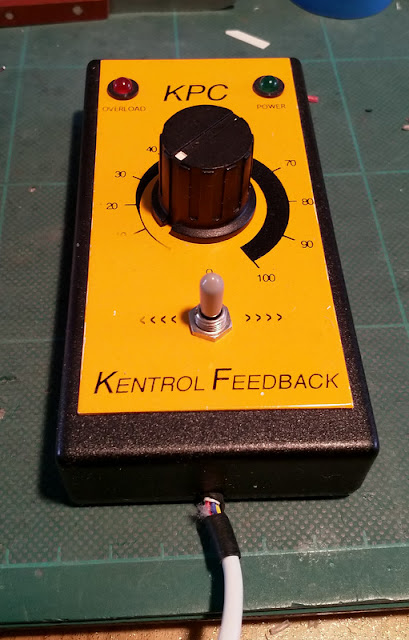 It doesn't take a genius to figure that the wires shouldn't look like that! Fortunately I always take a spare controller, so this one got tucked out the way awaiting repair. The other day I had the soldering iron out fixing some microphone leads for church (mic leads seem to fail regularly), so thought I'd have a go at fixing the controller too. 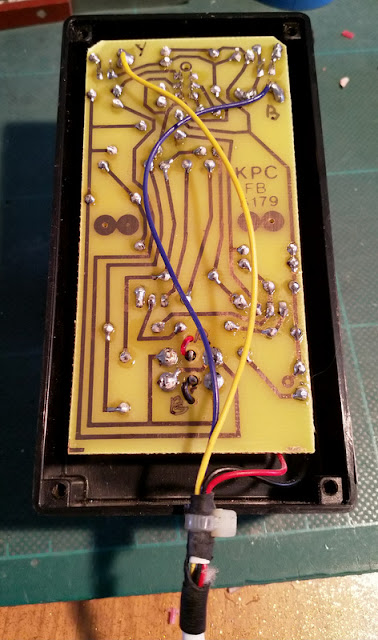 The lead is retained by a zip tie trapped inside the box, the rubber shroud on the cable is meant to protect the lead from flexing too far at the entry, but clearly that has failed. The four wires then go to various parts of the circuit board. The board was fixed, possibly only by the knob and switch, but it wasn't obvious. So rather than try and remove it to de-solder the wires, and to save the length of wire I'd have to cut out, I decided just to cut out the broken section and re-solder the wires together. 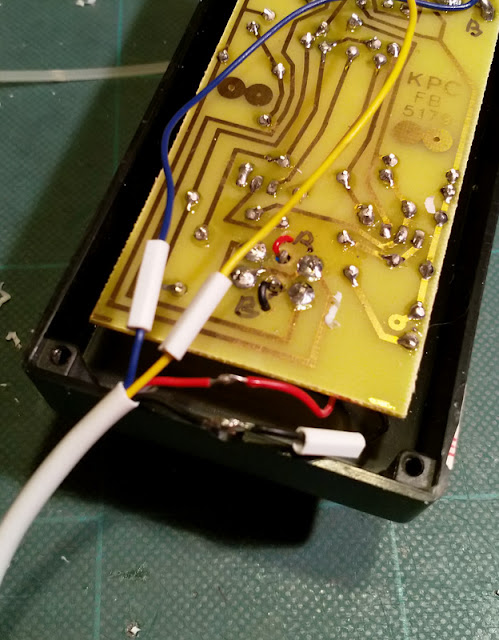 Easy enough, but I didn't have any heat-shrink to protect the wires, and I didn't think insulation tape would protect them from each other and the circuit board. Time to improvise with some short lengths of plastic tube slid over the join and held with a spot of Bostik. The whole lot were then wrapped in insulation tape, and a new zip tie attached tightly to the cable to hold it in place. 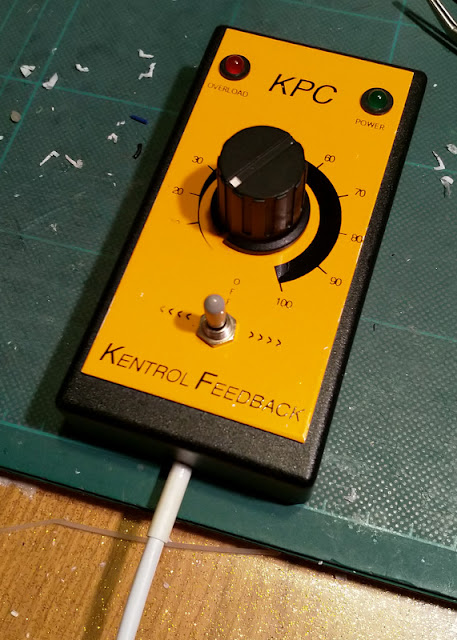 I thought I should attempt to replace the rubber shroud to protect the cable at the entry to the box, but I didn't have rubber tube. The best I could find was a short length of another size of plastic tube which could be fitted tightly into the hole, and held with a spot of glue, while the cable was a tight fit inside. It remains to be seen whether this will do any good!

So the KPC is back in business, which is great as it's one of my best controllers in feedback mode. This one has a switchable non-feedback mode which should make it ideal for coreless motors, but when switched to that mode locos just shoot of at speed with the knob at zero. I've tested the output and the minimum is 4V in non-feedback mode - I've no idea why, or how to fix it, or why it doesn't affect feedback mode!
Posted by Michael Campbell at 23:33