While I am happy with using Microtrains couplings for most of my 009 stock with its advantages in shunting, I have realised that fitting them to my Heljan Manning Wardle is too difficult but also unnecessary. It will only be likely to run with suitable coaches such as the Peco ones, and so long as it can couple up reliably and uncouple to run round the type of coupling doesn't really matter. So retaining the "standard" 009 coupling is easiest, except that the ones factory-fitted to the loco sit too high, and I've been unable to adjust them until they couple reliably to the Peco coaches. 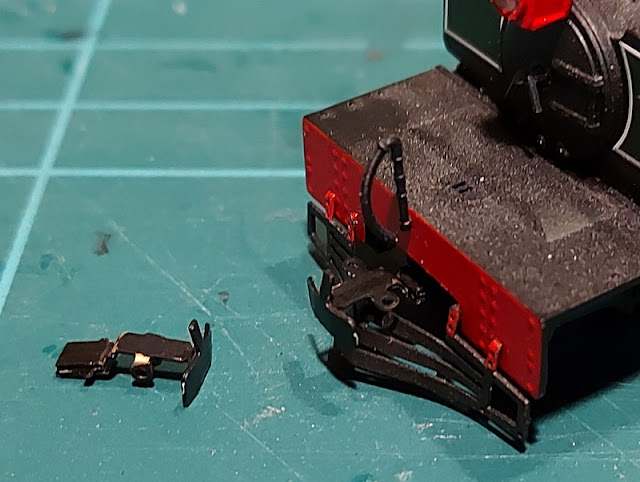 A while back I bought a pack of Greenwich couplings to fit the NEM socket, these were bent up following the instructions and simply push into the sockets on the loco in place of the existing Peco type couplings. Being thin metal they are easily adjusted to sit level, which the Peco ones don't. As you can see here by leaving the loops off and the pivot tabs up (or cut off) they clear the cowcatcher easily. 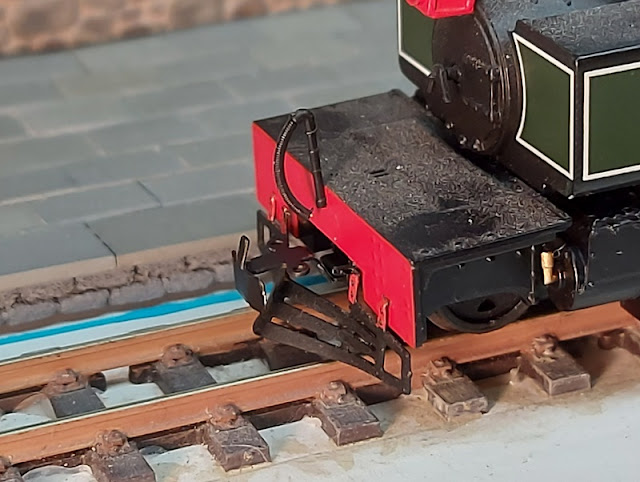 Being pre-blackened the Greenwich couplings look discrete but are entirely compatible with the Peco coupling - though since I have left the loops off the loco (to keep the cowcatchers) the coaches will need loops at both ends. I do need to provide some auto-uncoupling though, and I don't like pop-up ramps for the Peco loops. 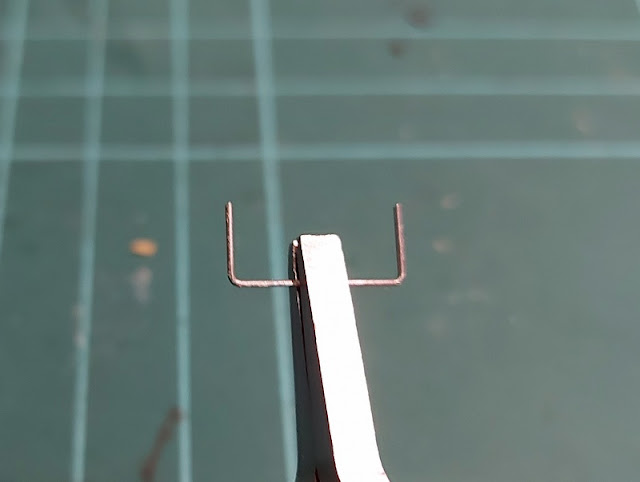 So here is an ordinary staple held centrally in some pliers. Both sides were bent upwards from the flat plane of the staple. 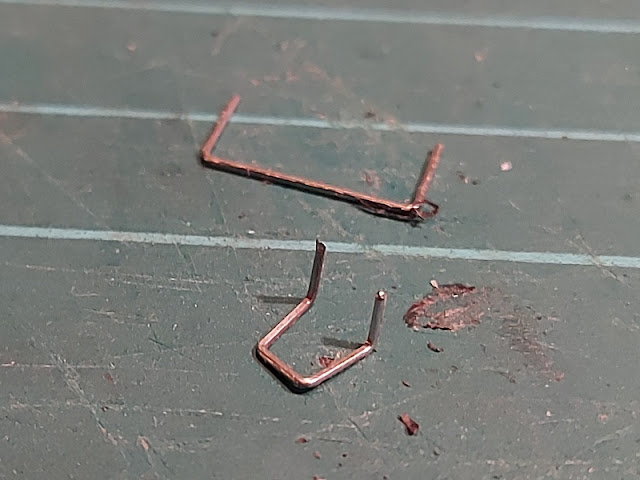 This makes a U shape with the ends bent up - these tails were leaned back slightly, and trimmed about 3mm. 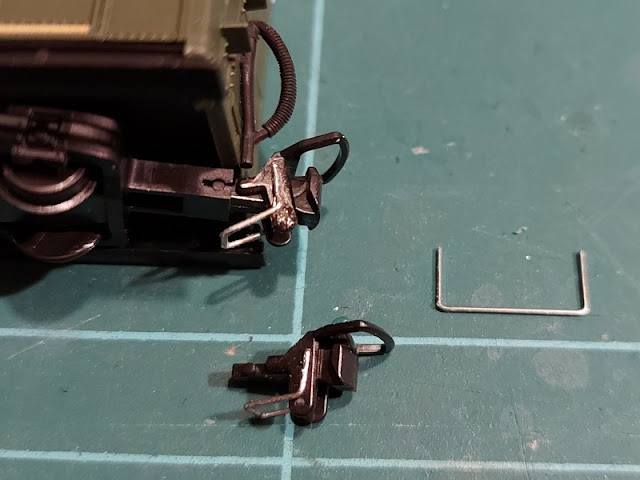 The bent U shape is fitted over the outside of the Peco loop droppers. They can be tweaked to be a cosy fit, but not too tight as that can stop the loop moving freely. The upright tails are fixed with a little bead of superglue gel. The couplings are easily pulled out their sockets to have the staple fitted. 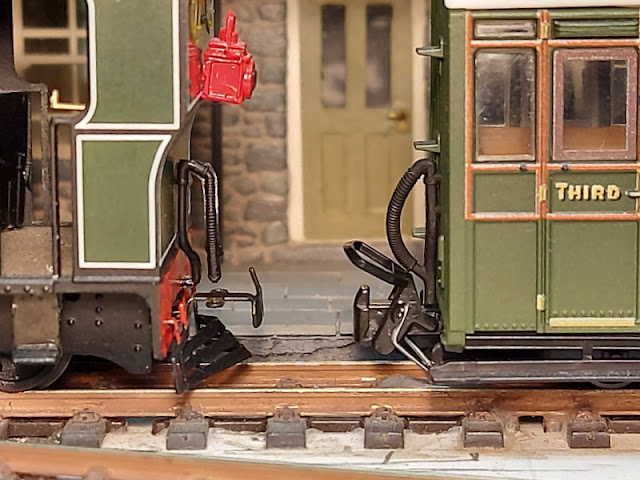 The Peco coupling works normally, but when positioned over a magnet the staple pulls down which lifts the loop. If there are two loops a pair of magnets might be needed, but I only want to uncouple the loco (without loops) from the coaches so this should work well with one magnet. Here a tiny 2mm x 2mm neodymium magnet is held between the sleepers with blue-tack, a Greenwich magnet would be ideal but I don't have one, I will try a slightly longer magnet set under the sleepers which should work with less accurate positioning. However, the experiment shows this is a simple mod to add magnetic uncoupling capability to the standard Peco 009 coupling. It might work with other types so long as the loop is not magnetic (the Peco loop is plastic).  The coupling on the Manning Wardle is level here and couples to the Peco coach, but does still look slightly high in this photo, a quick adjustment with pliers should fix that.

Posted by Michael Campbell at 23:15 No comments: