Last week being half-term we had a family day out to London - meaning braving over-crowded trains, that's if it hasn't been cancelled! I'd been keen to visit HMS Belfast for some time, but when we got there we found it had company. A small cruise ship (the Berlin) was tied alongside. 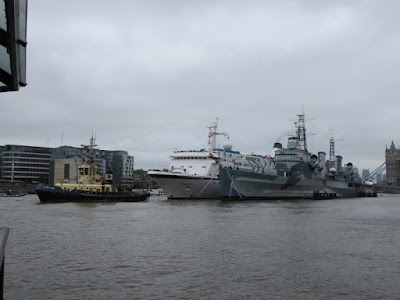 Waiting by the bow was a tug, the Svitzer Laceby (oddly registered in Grimsby). There was another at the stern, but I didn't get a good view. 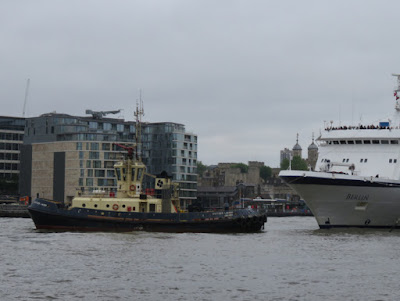 Hang on, here's something you don't see every day... 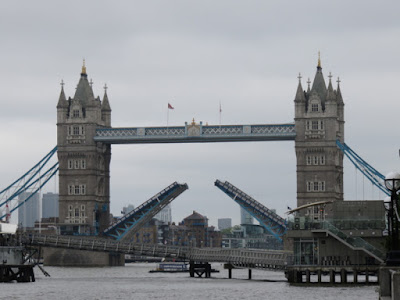 With a blast on the fog horn, the Berlin was under way, to be reversed under tower bridge by the two tugs. 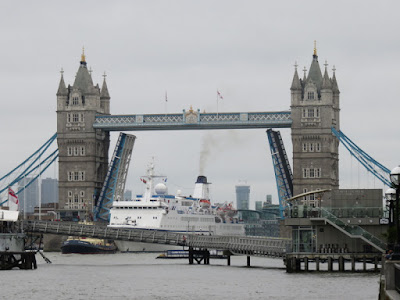 Leaving the impressive lines of HMS Belfast between Tower Bridge and the Tower of London. 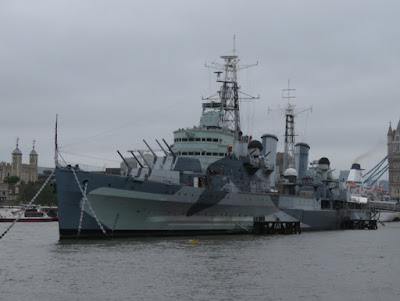 There's no mistaking her purpose though, bristling with guns. Apparently these can fire a 6" shell up to 14 miles - meaning if fired now they would land beyond London. 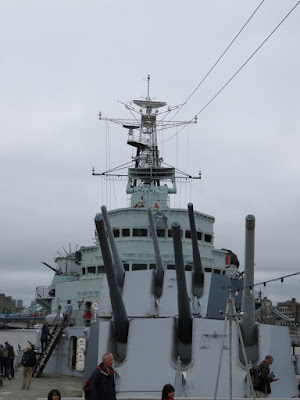 HMS Belfast was built in 1939 and served in the Second World War in the North Atlantic, Normandy, and the far East; and the Korean War. As well as being an interesting historical ship, it tells a fascinating story. The tour is quite hard work - lots of up and down ladders and corridors - but well worth it, both adults and kids found it interesting.
Posted by Michael Campbell at 22:11 No comments:

Much of the work involved in making a model is preparation rather than construction. For example, I've made a start on an O14 Hudson Hunslet kit by Nonneminstre Models - which involves preparing the white-metal castings for the chassis to ensure a good fit before assembling them, and filling any gaps. As the prototype chassis is a single, massive casting rather than the five pieces of the model, I've taken the unusual step of giving it a coat of primer before proceeding further with the build so that I can see any remaining gaps and imperfections, and treat with filler and emery paper. 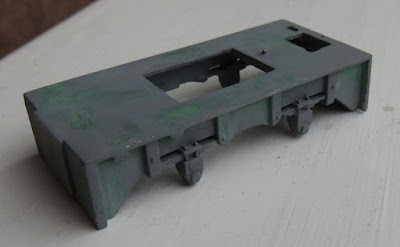 I'm planning to adapt the kit as per the Thakeham locos, but while I have plenty of photos I don't have dimensions yet, so this may sit on the back burner for now.

At the same time the Hudswell Clarke 009 loco has been primed. First I blackened the nickel-silver which both helps paint adhere, and disguises any wear or nicks in the paint along the edges. Then any gaps are filled - I find Squadron Green Putty ideal - before the model is cleaned. A couple of coats of Halfords etch primer are then applied, and once hardened the model is examined and any visible gaps or imperfections seen to with more filler and emery paper - before another coat of primer. 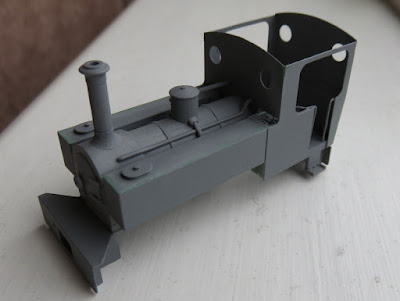 Meanwhile I've started yet another loco kit - of which more another time. However the build starts with preparing the N-gauge loco chassis - which means dismantling it completely, and chopping it up. As you can see that means a fine mess, I hope I can get it back together again - and working! 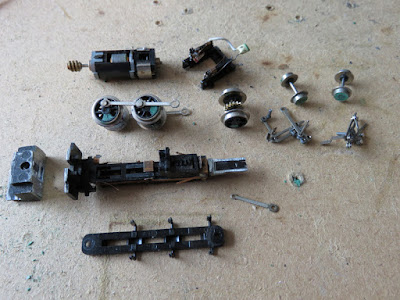