A couple of days ago I happened to be walking over the Shoreham old tollbridge and passes this newly installed memorial to the 11 victims of the Shoreham Airshow disaster in 2015. In fact it was only revealed that day. 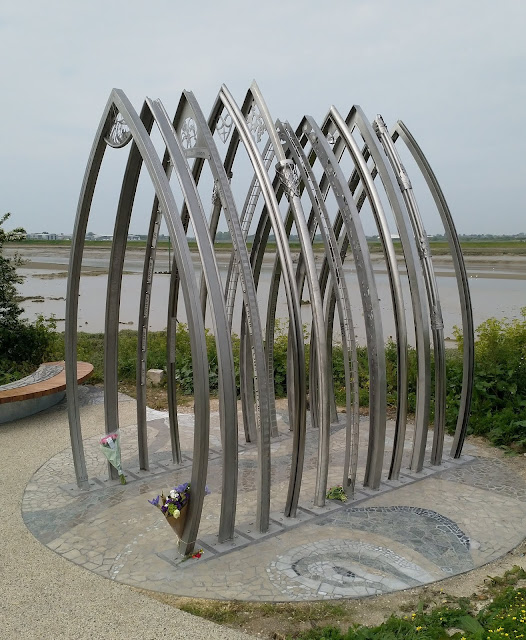 It's a beautifully designed and created structure, with an arch for each of the people remembered. The arches are all in line - and together create a tunnel pointing towards the site of the accident (a couple of hundred yards away over the river and up the road). The effect is like a cathedral, or an old boat. Yet each arch is individual in shape, size, and style, and although not immediately obvious, individually decorated with elements important to the life it represents. Seagulls for the local football team, plants for the keen gardener, and so on. 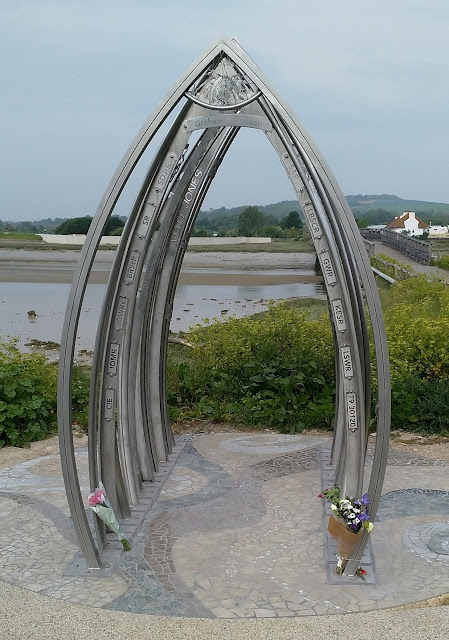 What caught my eye was the third arch, which has railway company initials on cast plates in a railway style. It turns out that Graham Mallinson was a keen railway enthusiast, photographer, and volunteer on the nearby Bluebell Railway.
http://www.bluebell-railway.co.uk/bluebell/soc/notices/graham_mallinson.html 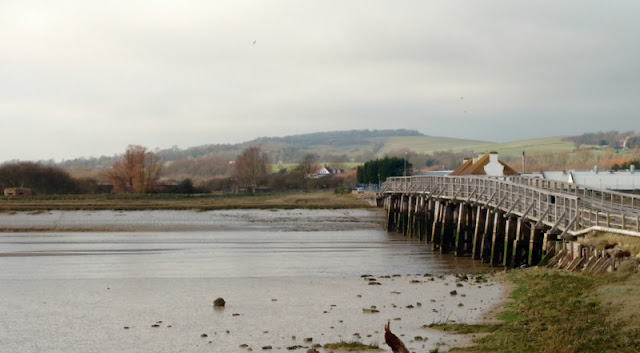 The memorial is at a  peaceful spot on the river bank, overlooking the airfield on the far bank, and next to the old wooden bridge over which the path/lane to the site of the accident runs. This photo was taken a year or so back from a similar spot. The airport is behind the trees to the left, and if you look carefully you can see two WWII pillboxes on the bank - presumably guarding the bridge as well as defending the airport. 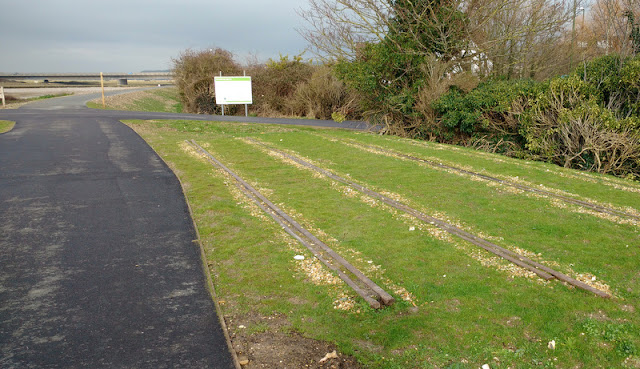 Another railway link, the site is a popular walking route not just over the bridge, but also along the Downs Link path which follows the line of the old railway line between Shoreham and Steyning, along the river bank. This photo was taken just after the bank was raised as part of new flood defences, and on the right are some old rails set up as a level crossing. Until recently they were still in place at the end of the bridge, where the paths cross (that on the left is the old railway route, that crossing is the old road over the bridge) but about 3 feet lower. They may have been moved, but I'm glad the trouble was taken keep them as a historical link. I suspect Graham would have approved too. 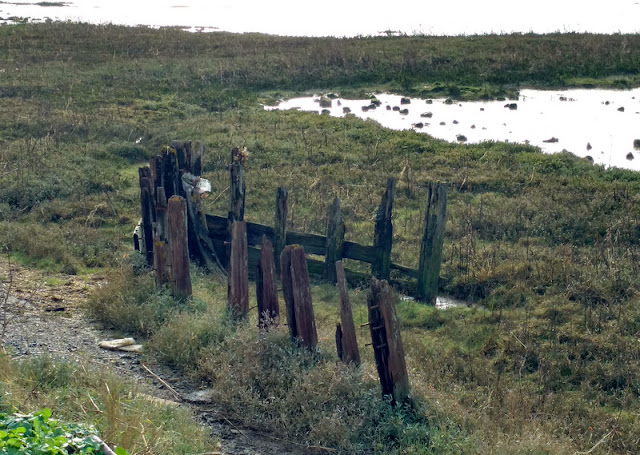 Also nearby is this rotting boat, resembling some kind of skeleton, full of character and reminiscent of the memorial shape. Even though there are busy road nearby and both the airport and (existing) railway lines are in sight, this is a surprisingly pleasant place, with wildlife on the tidal river and the riverbanks.

I think the memorial is a fitting way to remember those that died in a tragic event that touched the local community, and is in a very suitable spot. I do hope it gets a plaque of some sort to explain it to those who do not know why it is there. I trust it is a place of comfort to the families that lost loved ones, and will ensure the event and the victims are not forgotten.
Posted by Michael Campbell at 00:00

That is a lovely memorial. I've not been to Shoreham for years but have good memories of going for walks there.