The third and final building is the animal barn. This is used for rearing the young cattle and pigs, and has a track running into it for animal feed delivery, and of course mucking out! Tatton Park Farm had a large wooden barn structure in the centre of the farmyard, so I was aiming for something similar, although the dimensions are set by the adjacent tracks and a need to have it high enough to hide the end of the box file. As with the other buildings that meant a removable section to allow the box file lid to close, and of course it is "low-relief" otherwise the entire box-file would be buildings! 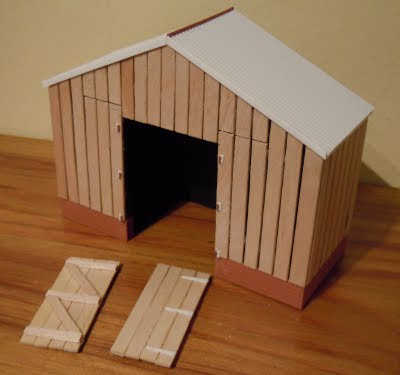 The shell is from 40" black plasticard, with a slaters brick base, the wooden planking is from coffee stirrers procured from various coffee emporiums. This is the first time I have used them, and I am quite pleased with the result, although I would say they are best suited to larger scales. The roof uses Slaters corrugated iron. Compared to the other brick and slate buildings this should provide a nice variation of materials. 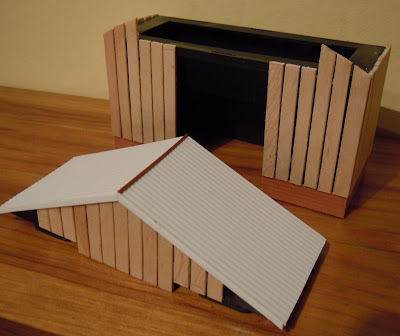 At least this building has square corners and parallel sides, making it easier, but even so getting the roof to slot in neatly adds an extra challenge. The tabs under the roof slot into the slots in the false ceiling. 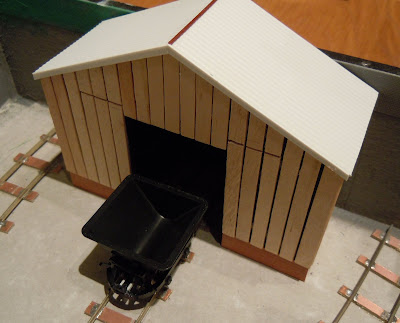 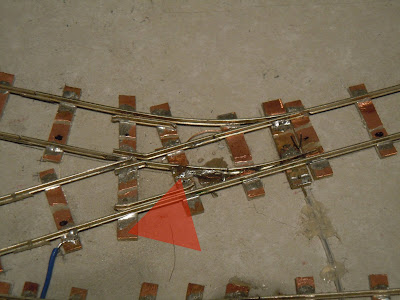 Posted by Michael Campbell at 23:50 3 comments: 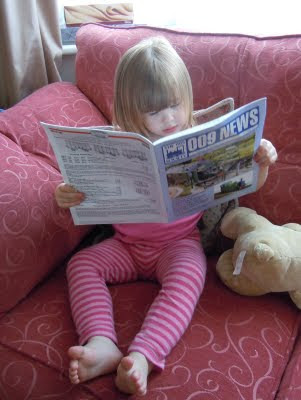 This month's 009 News arrived today, but before I had chance to look at it my 2-year-old daughter snatched it out of my hands. "Me read" she said ... 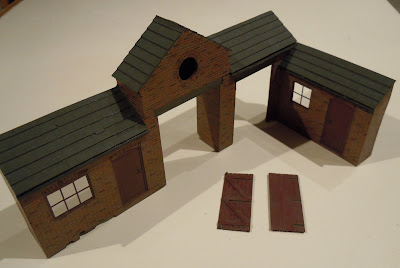 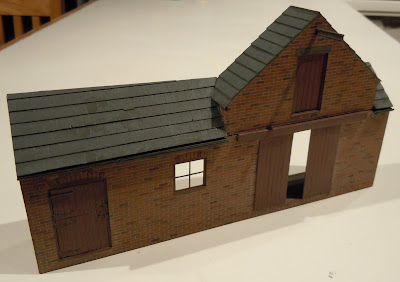 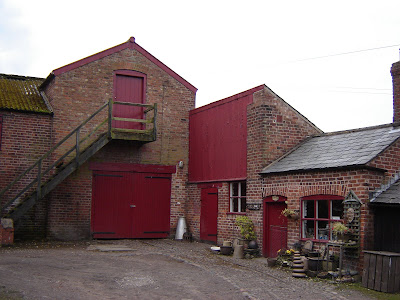 Posted by Michael Campbell at 23:41 No comments:

Recent distractions and a family holiday means that progress has been slow the past few weeks, but I have used the warmer weather to do some spray painting in the garage. This has been followed up with some evenings with the brushes, and finally I have the Lister painted.

I started with an Etch primer from Precision paints, the green is from the Halfords enamel range which seems a good match for the Lister dark green so far as I can tell. Having said that most colour pictures I can find of Listers are post-preservation, so I don't really know the authentic colour! Details were picked out with enamels, and a well thinned wash of dirty brown applied and wiped off, to tone down the shiny green and give a careworn appearance. Some weathering powers, plus rust orange applied to panel edges with a cocktail stick, and coat of Testors Dullcote matt varnish complete the job.
I'm quite pleased with the result, which hopefully gives the impression of a working tool, without being over-distressed. The geezer at the controls has come out OK too. Just need to hide that screw, add some couplings, and re-attach a couple of details that have come loose when re-assembling. After scraping off some paint from between the chassis block and footplate to allow the electrons to reach the motor, it still works too! 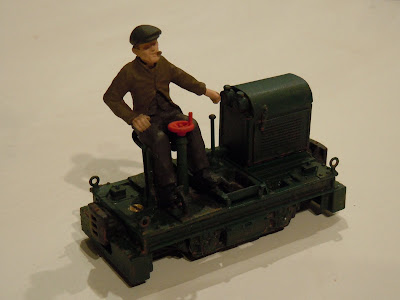 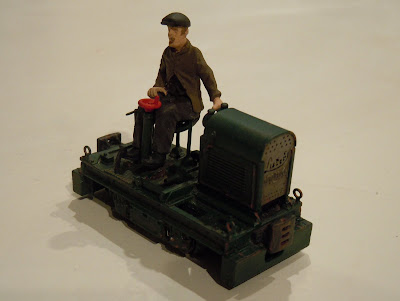 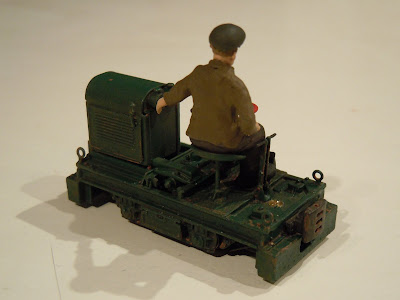