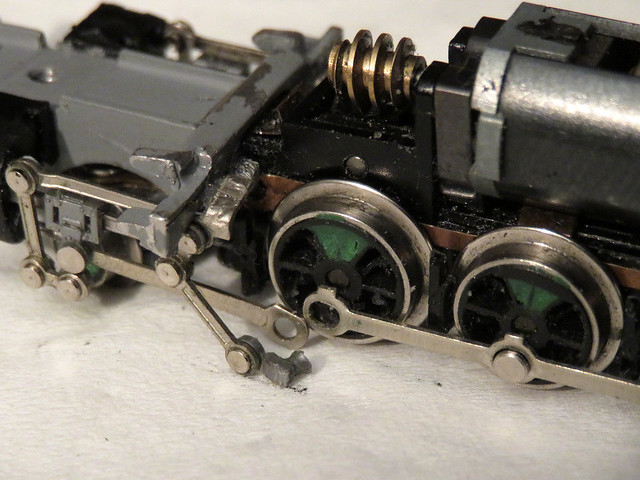 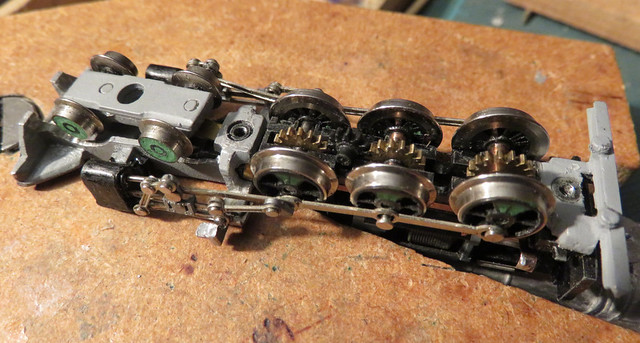 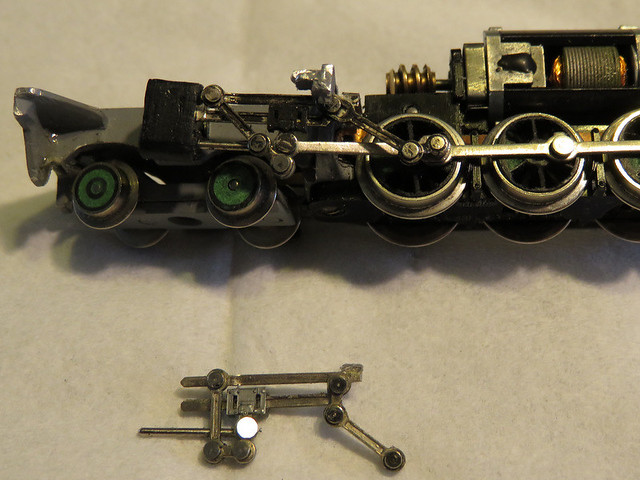 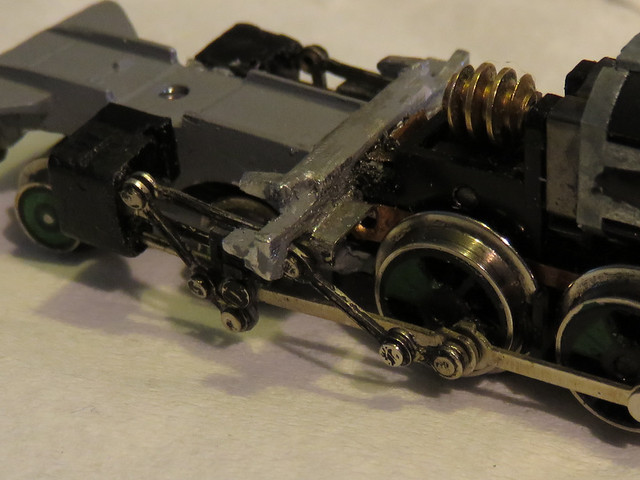 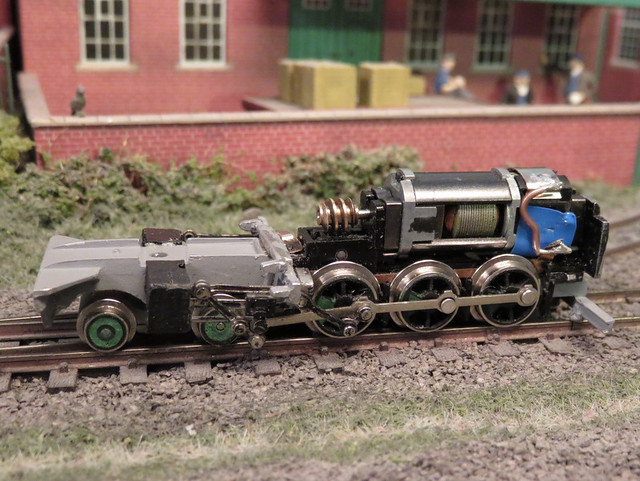 Finally I have an assembled chassis that appears to work without binding. It could do with some lubrication and extra weight seems to help the pick-ups,and of course the motor grinds away in the Minitrix way, but I'm hopeful I'm back on track...
Posted by Michael Campbell at 22:32 No comments:

Last summer we visited Disneyland Paris on our summer family holiday. While the kids were raiding the gift shop I found myself a toy - an etched kit for the Star Wars Millennium Falcon! The format of this Metal Earth kit will be familiar to Railway Modellers, but this isn't brass or nickel silver, but steel. 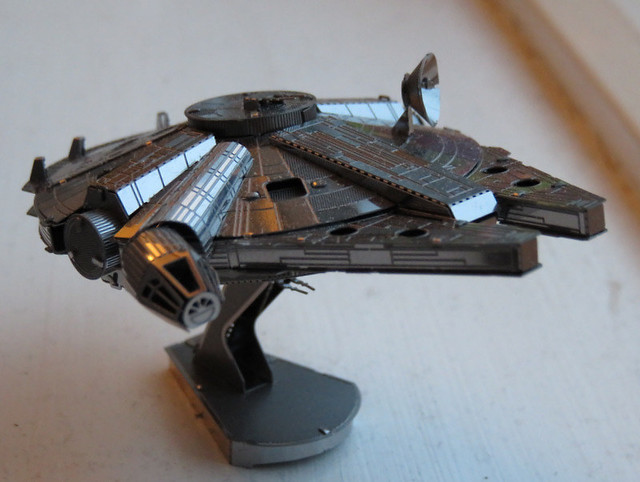 I got around to assembling it just before Christmas, and was impressed with the design of the kit. No glue or solder is required, each piece is attached with tiny tabs fitting into slots, and either bent over or twisted to secure it. The accuracy of the pieces is superb, the steel is strong but bends easily, but assembly is fiddly. While the exploded diagram instructions are very good they need to be followed carefully or it is easy to go wrong, and many of the parts are very small - the whole model is only about 2 inches long. 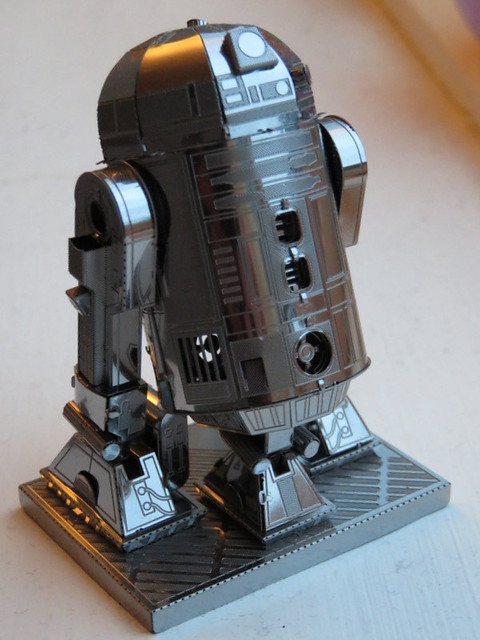 Then, for Christmas, my Son gave me another kit from the same series, for R2D2. As with the Millennium Falcon the likeness and detail is excellent, and the kit is well made and designed, though I think this one was even more fiddly. Each took around 4 evenings to complete, taking things slowly. 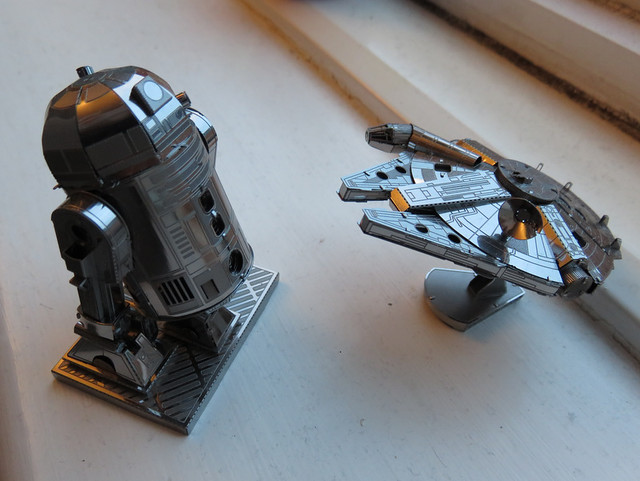 A diversion from Railway Modelling, but rather fun and resulting in nice shiny display models.
Posted by Michael Campbell at 12:13 1 comment: 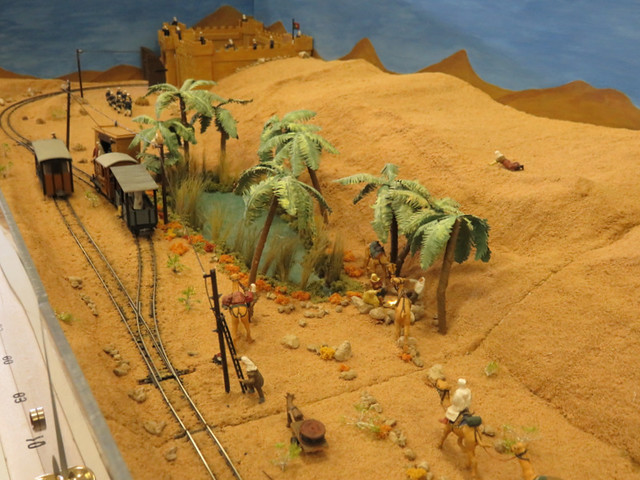 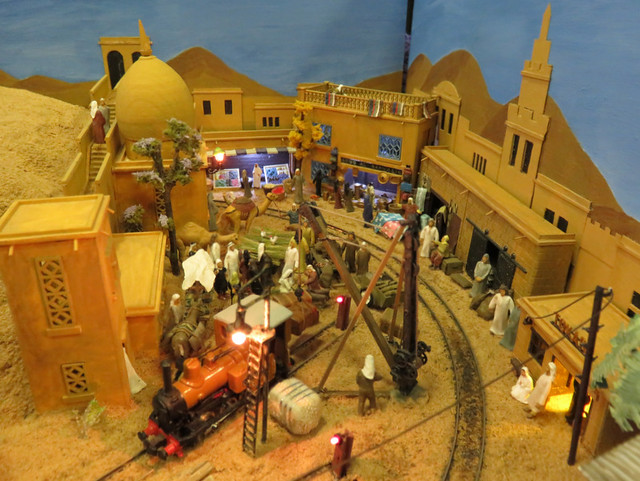 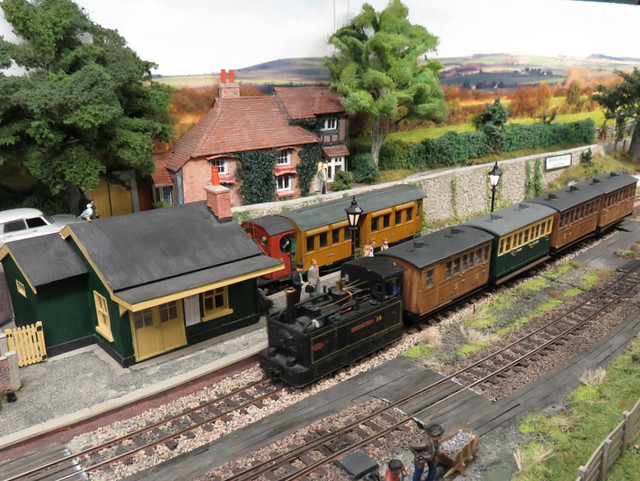 The show had good trade support too; my son managed to find a second hand Diesel loco (well priced) to spend his Christmas money on, while I managed to spend some money with what he calls my favourite stall - locally based Squires. I must have new project plans...
Posted by Michael Campbell at 23:05 No comments: 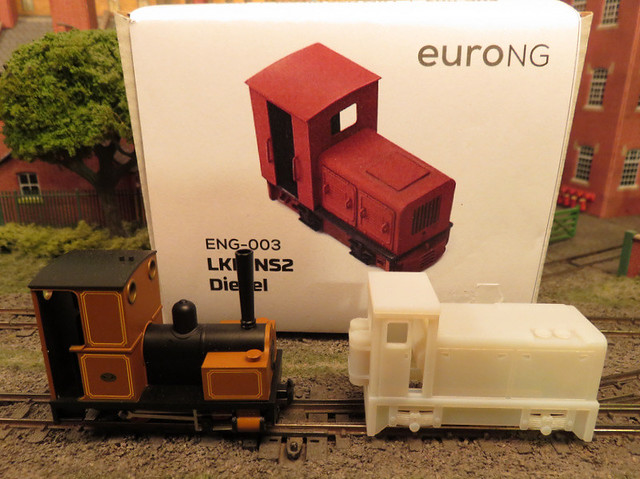 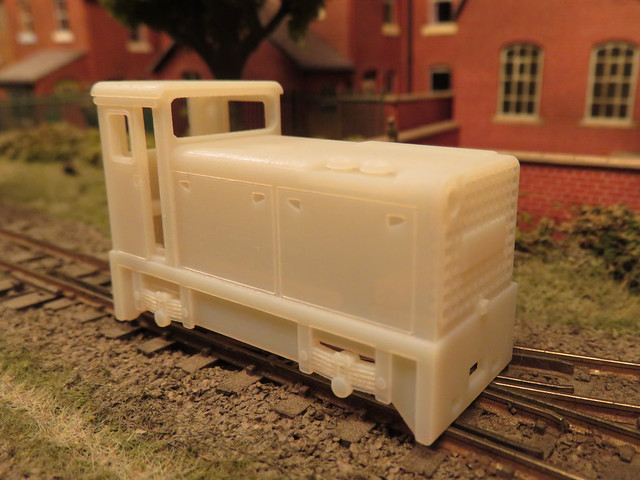 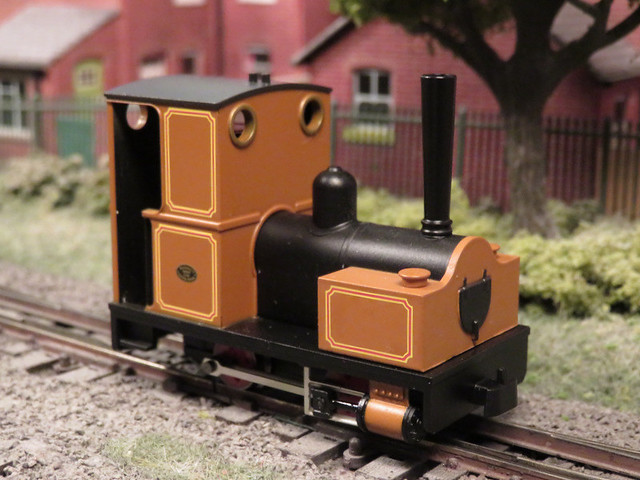 Happy New Year to you all!
Posted by Michael Campbell at 22:38 No comments: