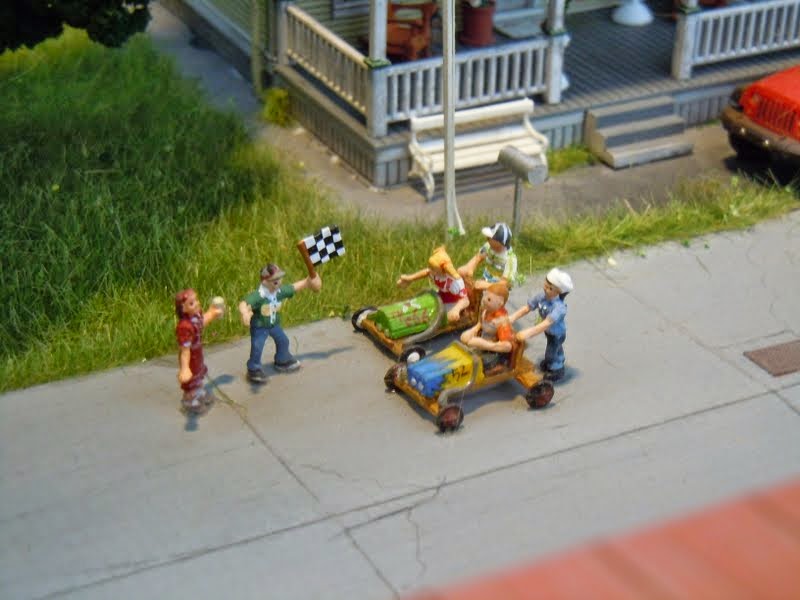 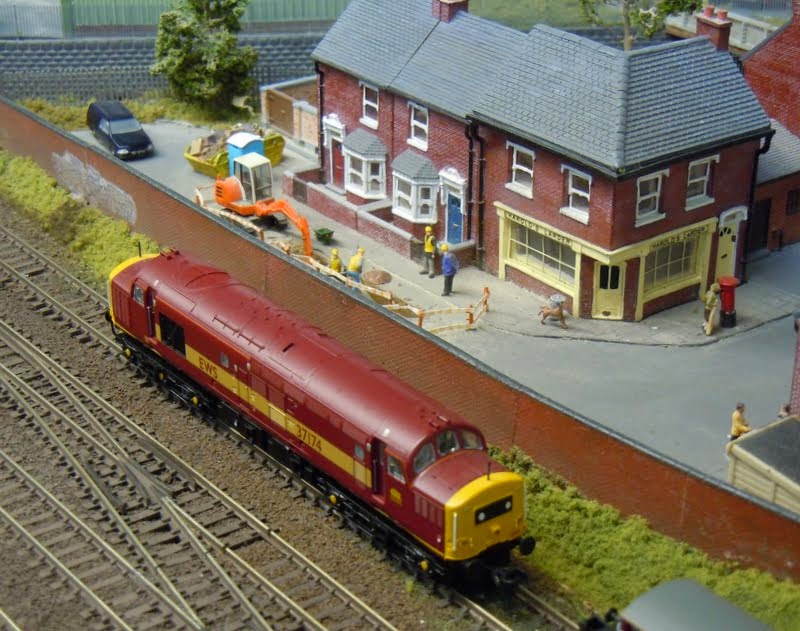 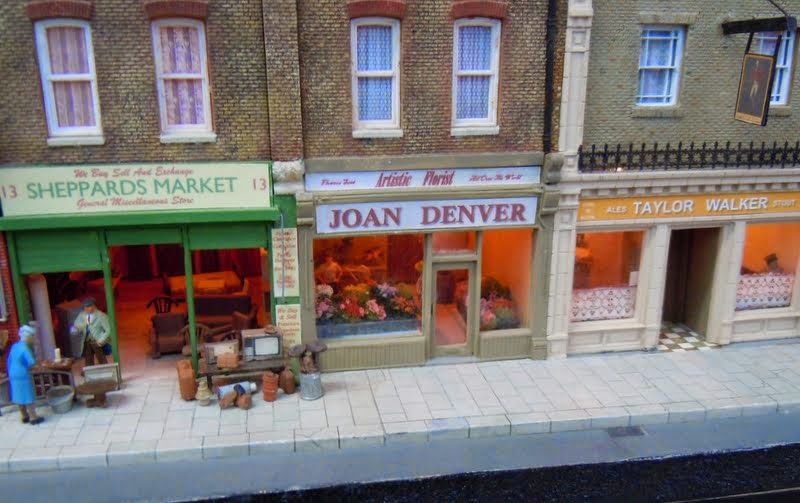 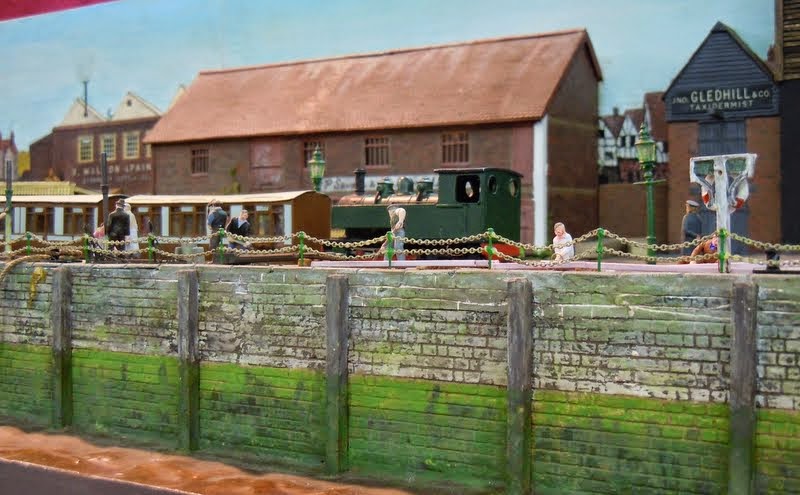 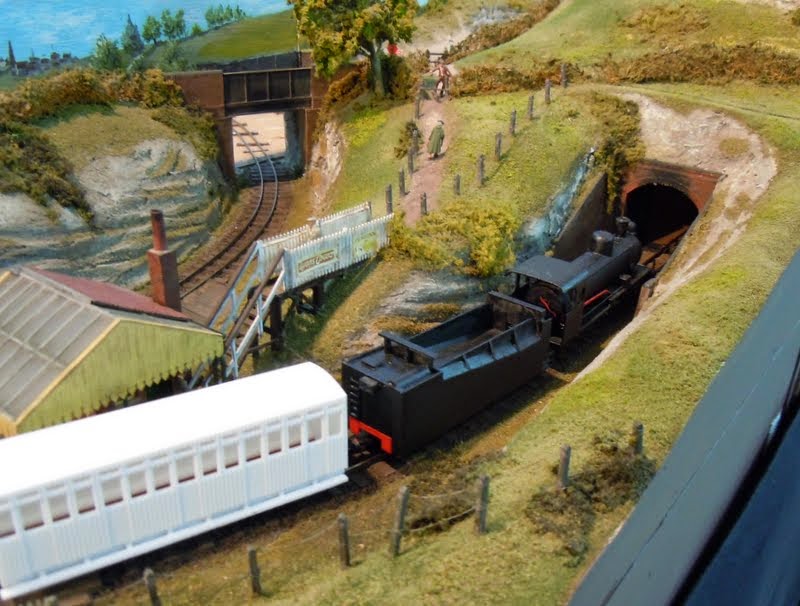 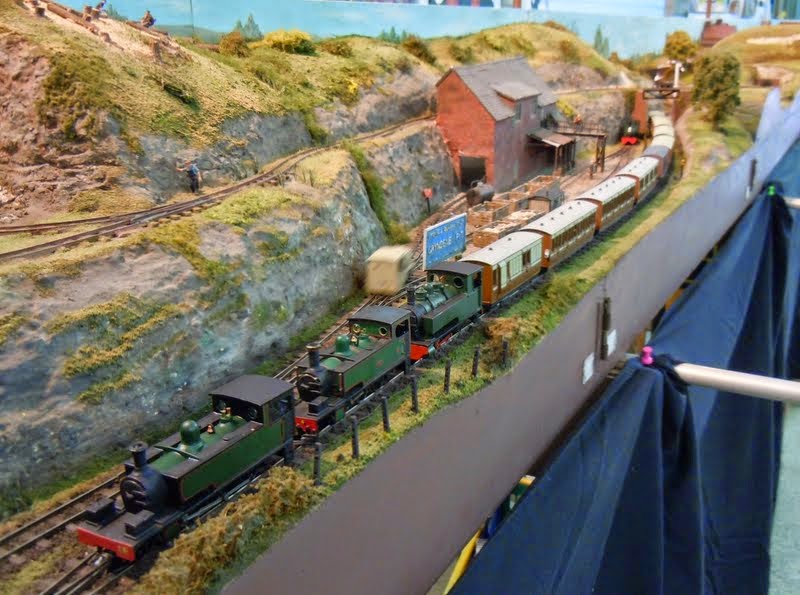 Posted by Michael Campbell at 22:30 No comments:

A delight in Sittingbourne

The Sittingbourne and Kemsley is a railway I'd been keen to visit for a long time, so we took the opportunity on the way back from our weekend in Kent. It doesn't start very promising, the car pack is stuck between a fast food restaurant and a retail park, and the station is approached under a dilapidated viaduct and round the back of a car wash. To add to the "atmosphere" there was an overflowing sewer! 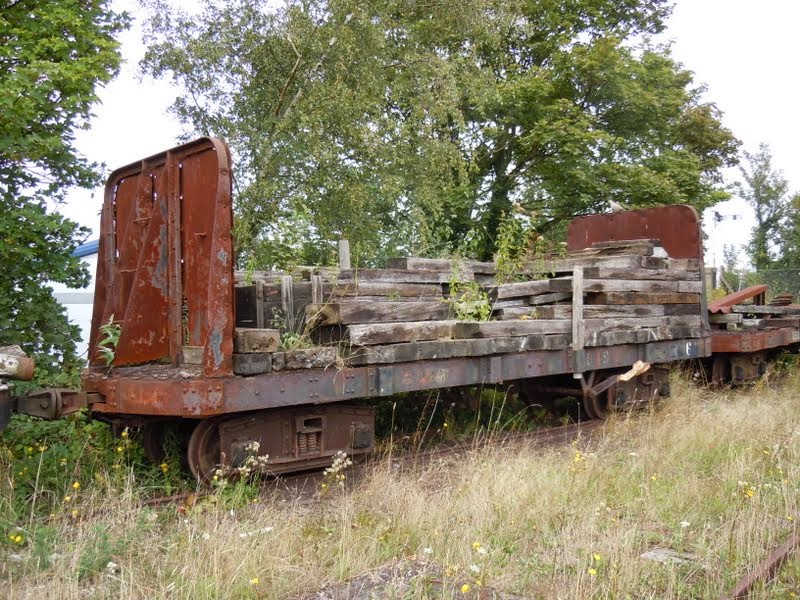 The station itself is "basic", with overgrown sidings full of rusting wagons, the platform is made from very old sleepers, and the ticket office is a garden shed. Not quite the "atmosphere" some preserved lines try to create, though it is true to the industrial origins of the line so is perhaps more genuine! At least it looks like the "main" line is receiving maintenance, albeit with ballast sourced from a fish-tank... 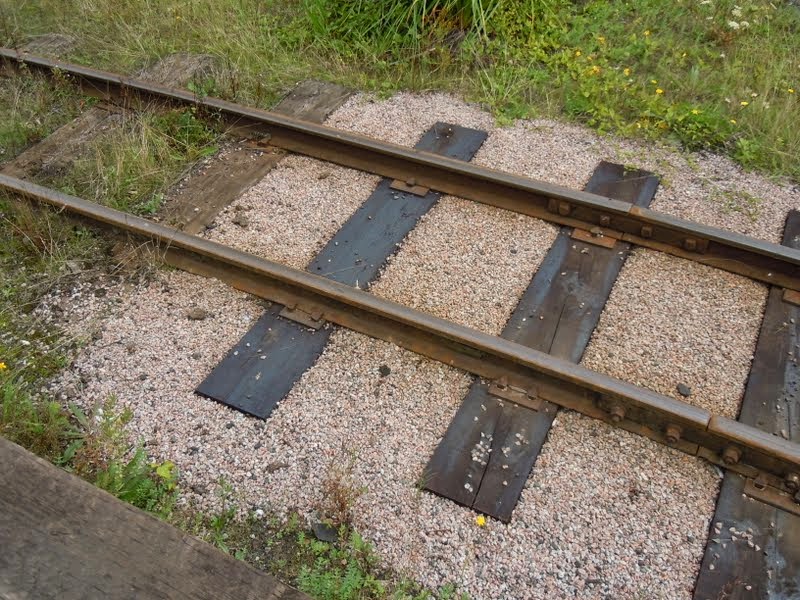 Things improve when the train arrives though. The Kerr-Stuart loco "Leader" is beautifully kept, as are the coaches made from converted wagons. 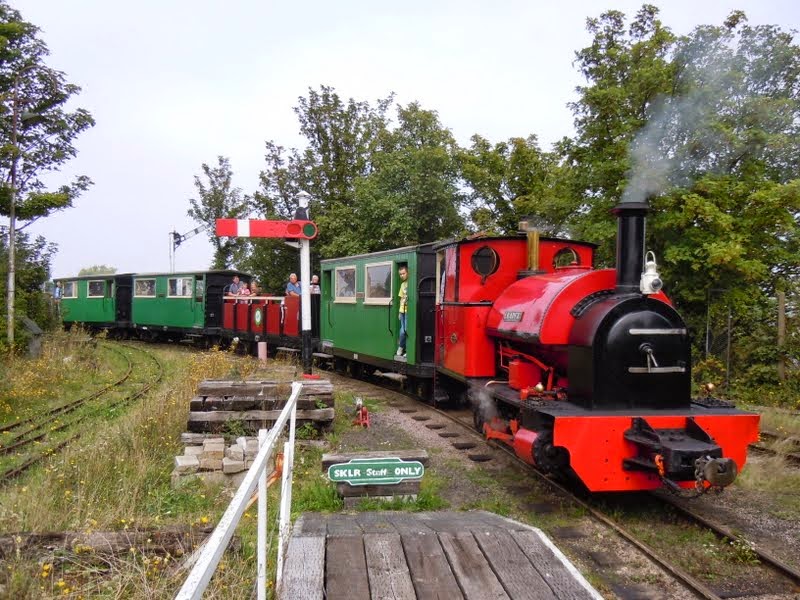 The route sets off over the famous concrete viaduct, and though somewhat industrial surroundings, then moves into a more rural area before ending at Kemsley Down. 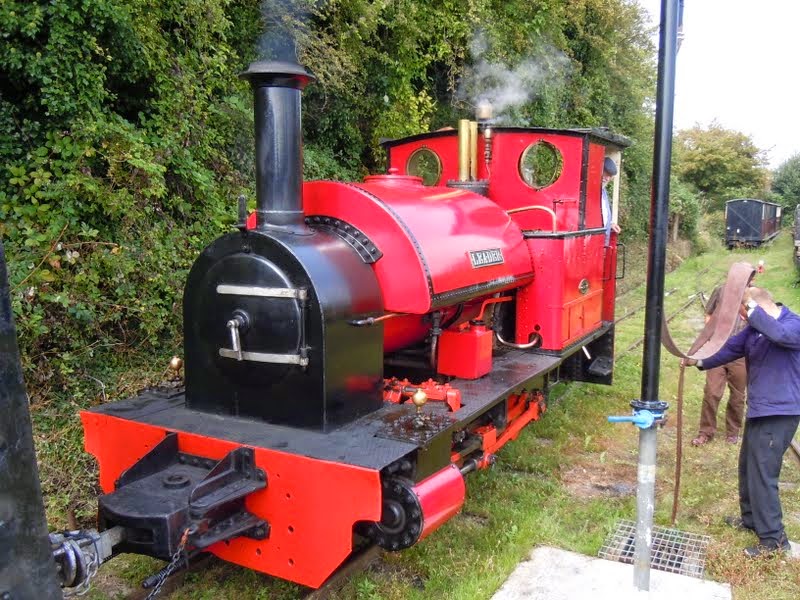 There's no public access here as it is still inside the grounds of the paper mill which the line was built to serve, but there are engine sheds and workshops full of interesting things - most of the locos are original to the line, though a few small diesels have been added. It looks like a lot is being achieved, and other than some heavy overhauls everything appeared in good shape. 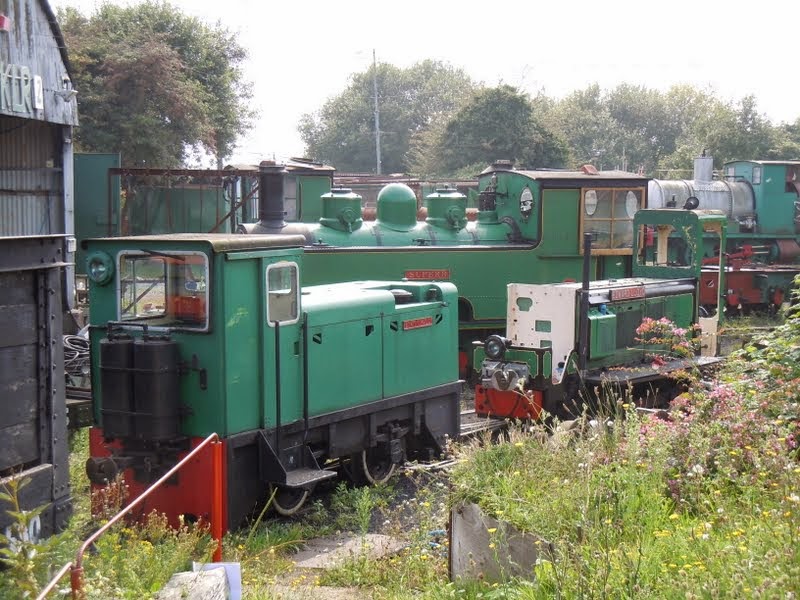 The atmosphere is nice and relaxed here, with simple rope barriers to separate public from machinery, but otherwise there is a lot of freedom to look around. A small gift shop, cafe and picnic area mean it would be worth hanging around and waiting for the next train, but we didn't have time. 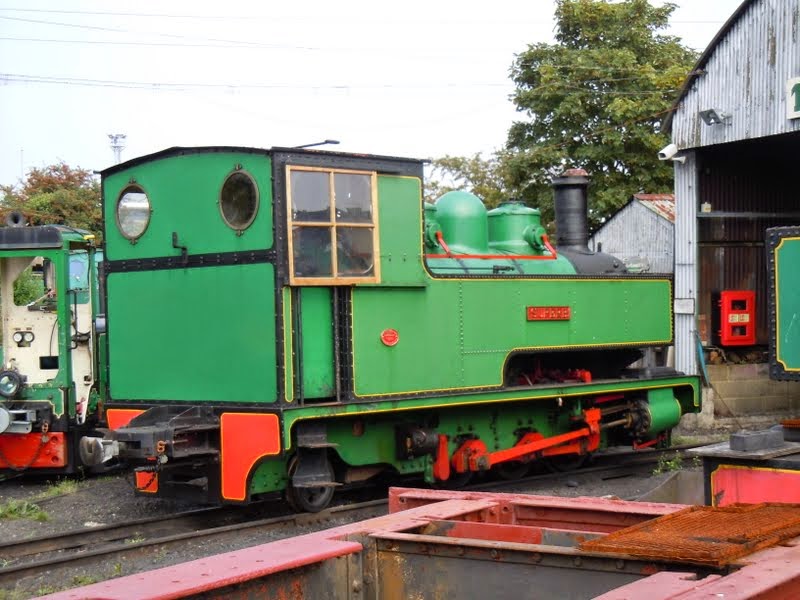 So a short but enjoyable visit to a line full of character, even if it doesn't fit the mould! 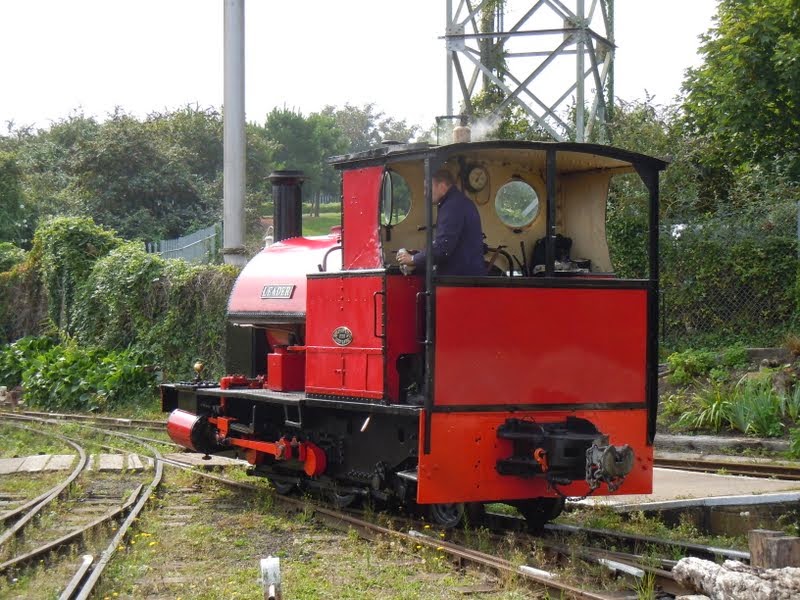 You can see the full set of photos from both lines here.
Posted by Michael Campbell at 13:49 No comments:

We recently had a weekend break in Kent, and managed to fit in a couple of steam railways (of course!). First up was the RH&DR, which is well presented and professionally run, as you'd expect of a line built for the tourist trade on a big scale. The locos are very well cared for, and bearing in mind they are 70 to 90 years old, still working hard! 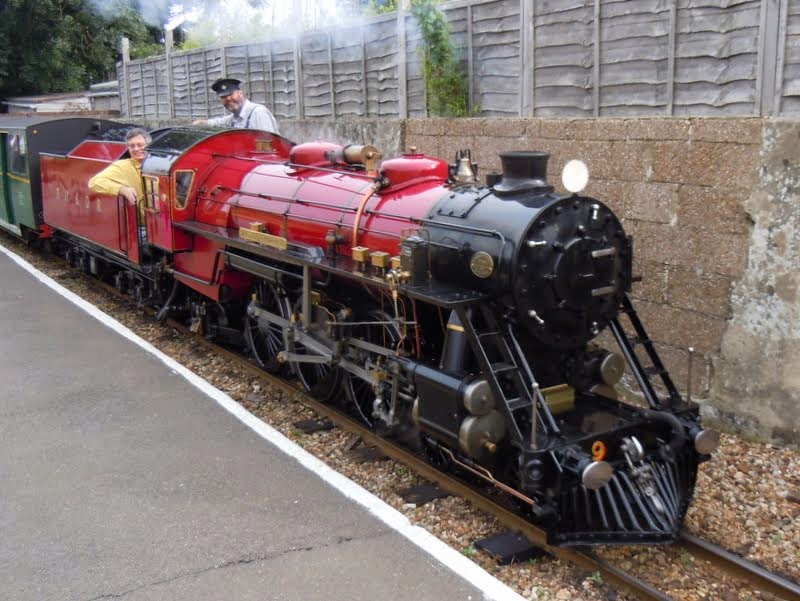 At Romney locos are exchanged, presumably to give driver and loco a break in what is a very demanding timetable. The line is fully signalled, and about 60% of the length is double-track. 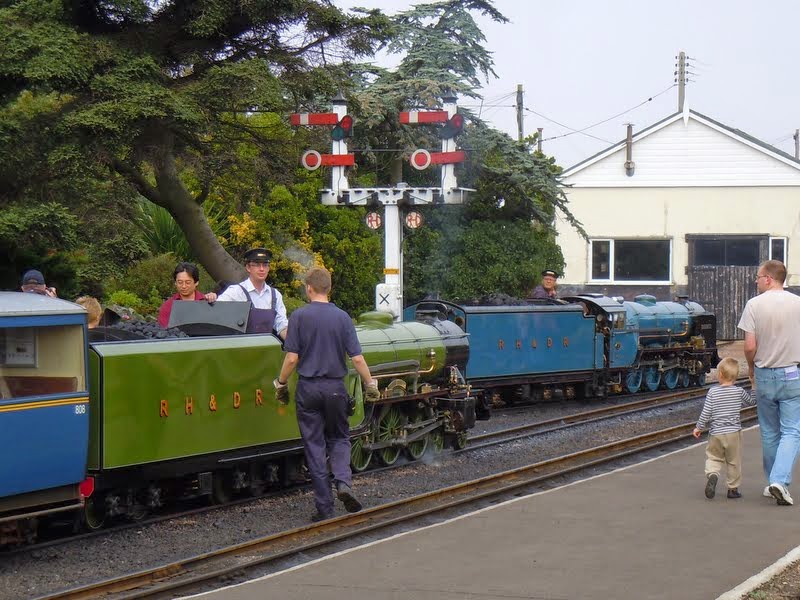 The coaches are somewhat cramped, but otherwise comfortable, just as well on a 3-hour round trip! Trains are very long - up to 14 coaches - so even though the line is relatively flat, those locos have a job to do. 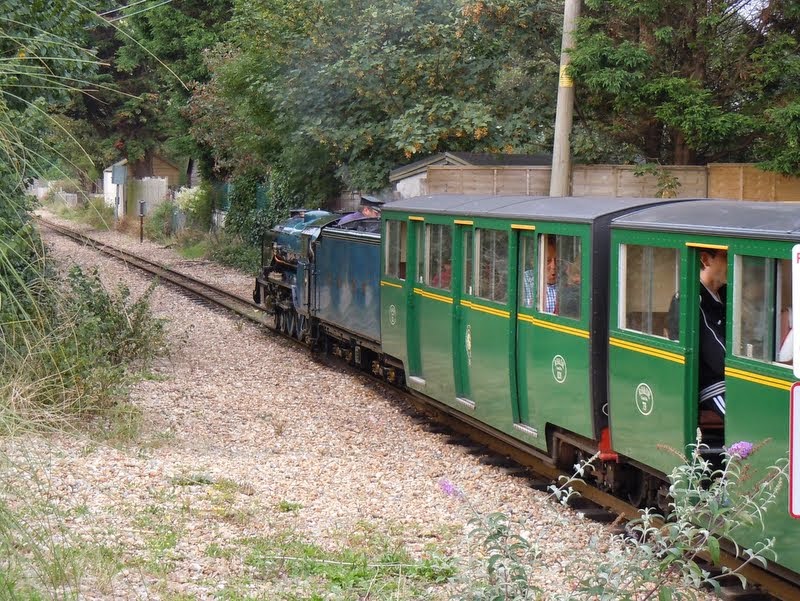 The line cuts through the caravan park we stayed at, with a handy station! 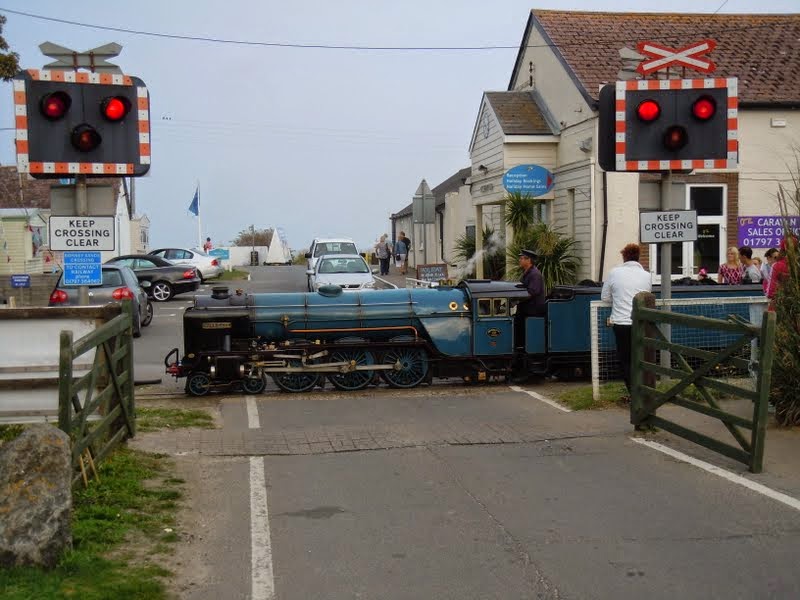 I think someone misunderstood the term "skip wagon". 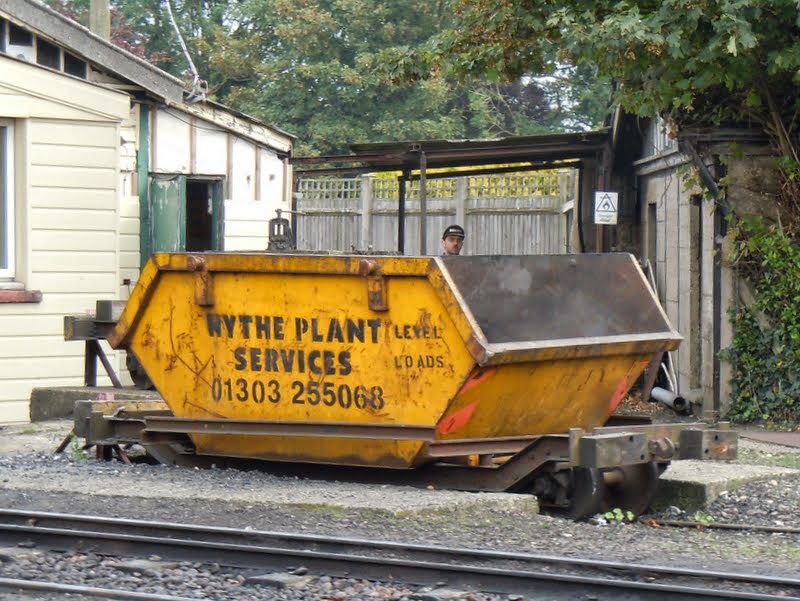