The Liverpool and Manchester Railway - An Operating History 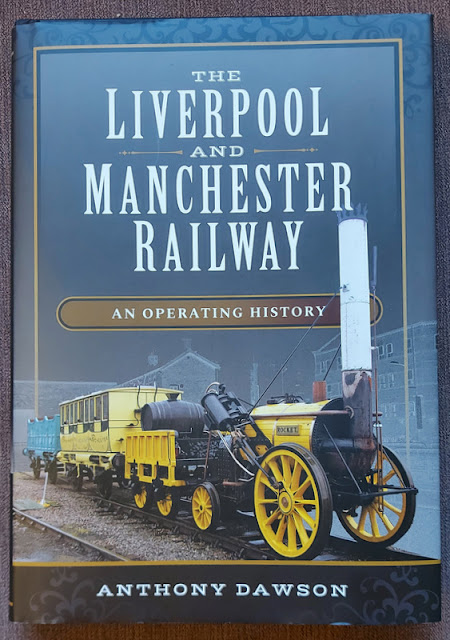 As the title suggests this book details how the first public railway worked - organisation, carrying passengers,  goods, timetabling, controlling the trains, and safety matters. These are all activities for which there was no existing model and many of the practices adopted became established as the normal for other railways (and indeed some are today), while others were quickly evolved or changed. The railway was, of course, a success, with facilities such as stations and goods facilities as well as the trains having to be developed to cope with the traffic, especially after other railways were built and connected to the L&M.

Contrary to my expectation, cotton was not a major traffic (and there were problems with the locos setting light to it!), but coal and livestock as well as general merchandise were, however it was the passenger service that was most profitable. These early passenger services were very much aimed at the higher social classes in keeping the the society of the day, and were split into express (mail and first class) and stopping (second class) services, although fares were too high for working class passengers.

The original Manchester terminus of the line still exists, now incorporated into the Manchester Museum of Science & Industry. It is a surprisingly simple and unassuming structure but inside had the key features of railway stations until recent times - a booking hall and waiting rooms. Here's a photo from my visit in 2015. 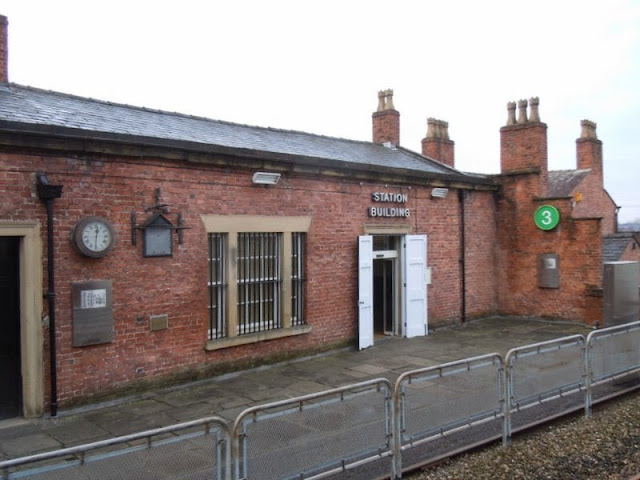 I thought the section on rules and regulations particularly interesting despite the dull sounding title, as it covers how the safety practices developed. Trains were simply dispatched at time intervals with nothing other than a few men with flags or lamps to stop them crashing into each other - of course this wasn't altogether successful (especially given their lack of effective brakes) and accidents are listed. Accidents were also caused by mechanical failure, and indeed by passengers and public on the lines or alighting from moving trains, perhaps not realising the dangers of such large and fast moving vehicles. The rules and regulations developed became the basis of those of other railways although they were soon overtaken by signalling and other safety improvements; and all company employees had to carry a copy on them at all times even though some of them could not read!

As I had expected when reading the book about the locomotives, these two books are complimentary. While that book had little context about the line, this book provides most of that context. As well as the detail of the organisation and operation of the railway there is a map of the line, a number of contemporary engravings showing the railway's facilities, and a few modern photos too; these are contained within a 16-page glossy section of illustrations and are sharply reproduced. 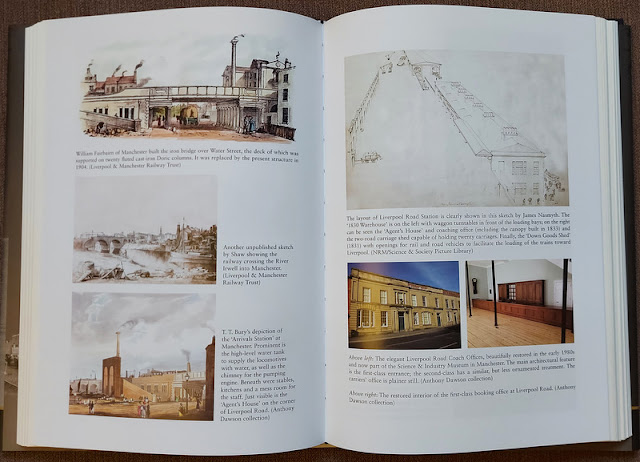 This is an excellent high quality book with lots detail, well researched and referenced. As you'd expect it's not a light read, I'm sure it will be a useful reference for researches, but it isn't a difficult read either being well written and clearly laid out. There is some assumption of basic railway knowledge around terminology and general operating practice but this is reasonable for the expected audience. It will appeal to anyone who has an interest in the development of the railways in general, as well as those interested in the L&M in particular or seeking to understand local history.
Posted by Michael Campbell at 23:53 No comments:

I came across Fair Price Models who have a small but interesting range of laser-cut wood building kits. What struck me is this low-relief stables/workshop kit (available in 4mm and 7mm scales)... 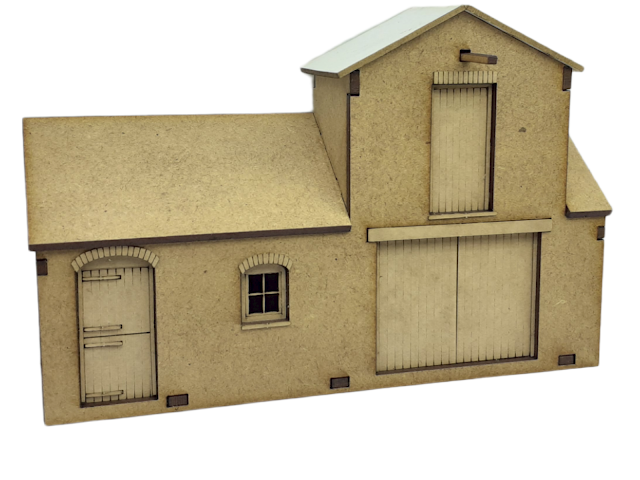 It looks familiar, because back in 2011 I built a remarkably similar building in 7mm scale for my O14  Landswood Park Farm box-file layout: 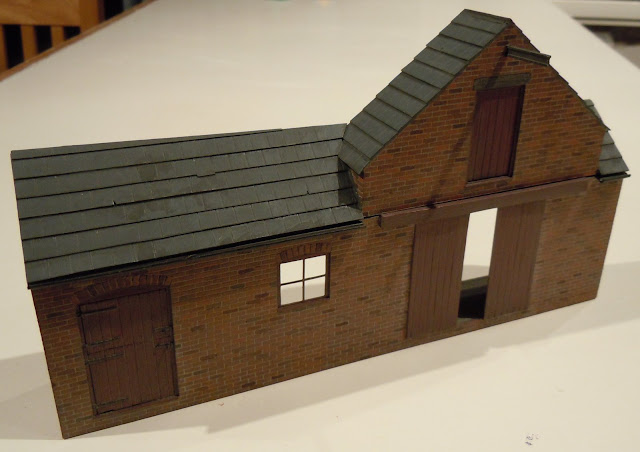 OK the height of the loft store is different, but otherwise the proportions and details are spot on, even the windows and doors. 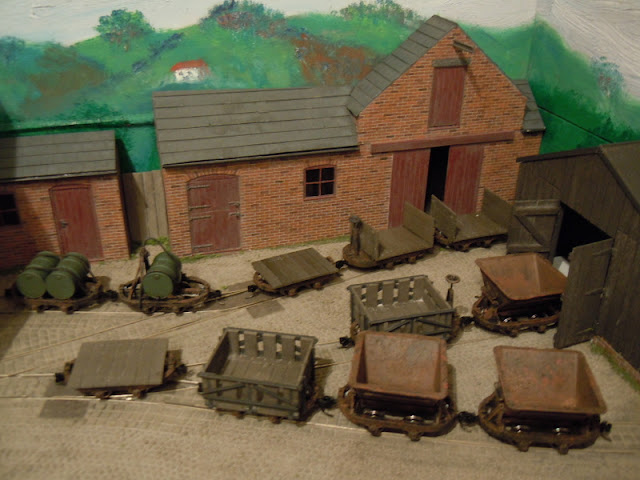 Now that layout was inspired by a visit to Tatton Park Farm, but this building was not based on a prototype but "freelanced" in a similar style to fit the scene, and the outline was evolved during planning. If there is a real building that looks like this I've not seen it, though I wouldn't be surprised as it was meant to look plausible.

So, coincidence or inspired?

Posted by Michael Campbell at 23:23 2 comments: