Yesterday the Sussex Downs 009 Group (of which I'm a member) held our biennial member's day exhibition. We aim for a friendly and informal gathering, as much a social event as a show, and I think that was achieved, but we certainly had an excellent selection of layouts on show as well as specialist trade support and the 009 Society sales stand. 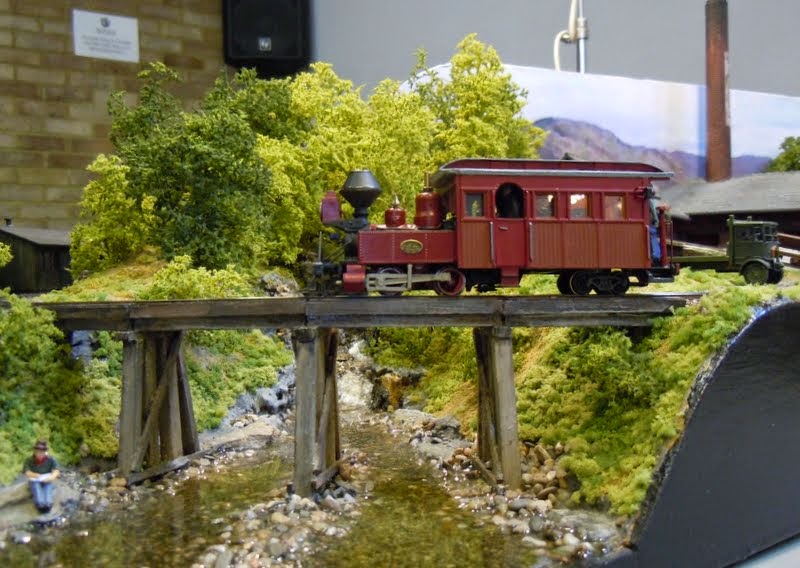 We were pleased to welcome well-known 009 modeller Ted Polet (creator of the Craigcorrie and Dunalistair Railway) from the Netherlands with his superb mini-layout Nixnie, and some characterful stock running on it. After an extremely close ballot Ted took the Alan Fall award for best layout. 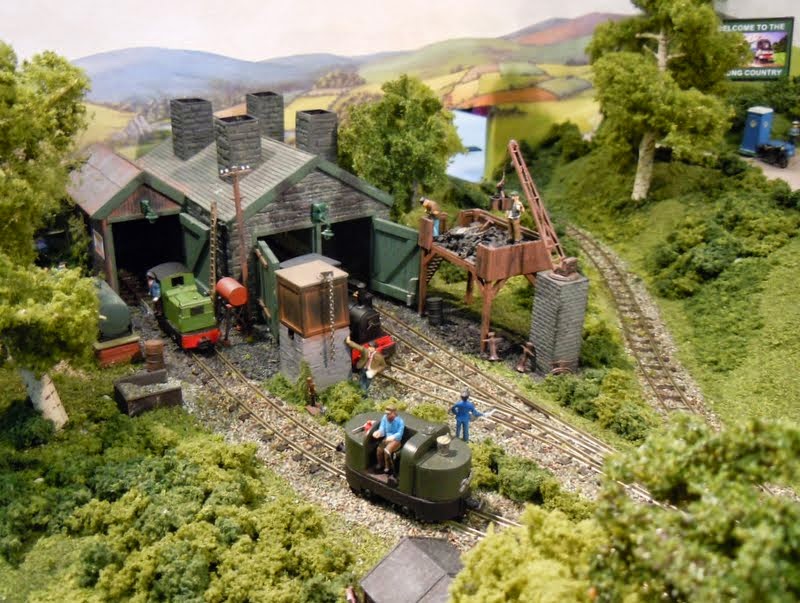 John Thorne brought his latest 009 layout Bottle Kiln Lane, which like all of John's layouts was well received for it's scenic work, cameo scenes, and eclectic stock. 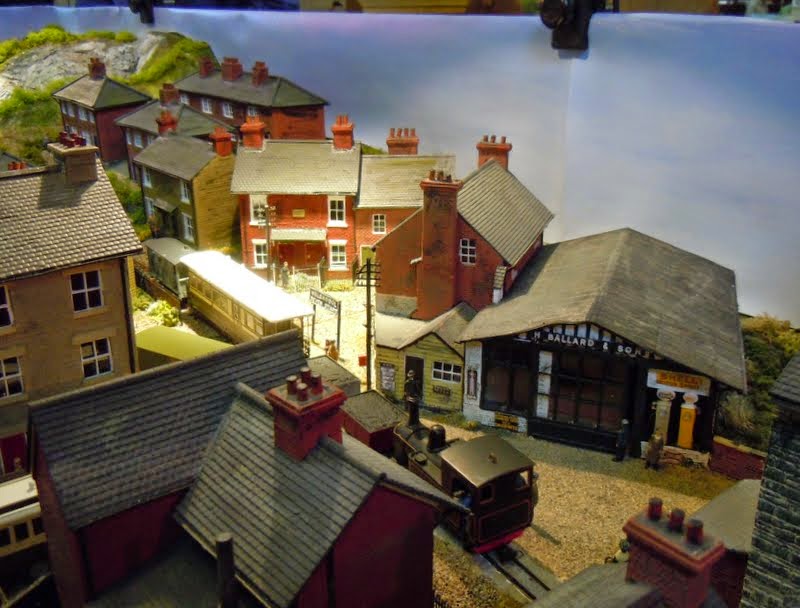 Member Mark Holland brought his long-term project Spirit of Welshpool, now near completion with the compressed town-scene looking great. He really has captured the spirit of the well known railway through the town, and is interested in exhibiting - I'm sure it will be popular at shows. 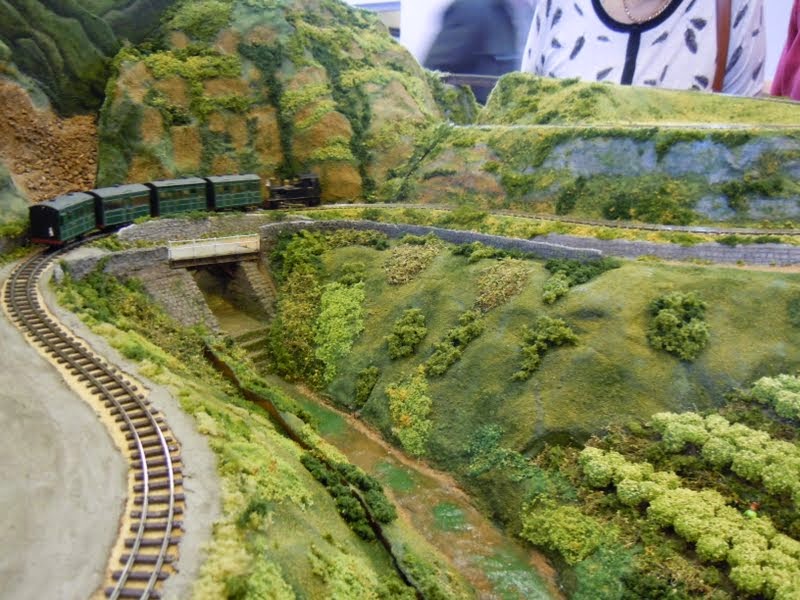 Phil Savage (another member) was showing another long-term project featuring Ghum on the Darjeeling Himalayan Railway. It's a proper railway in the scenery layout, including much roadside running, tight corners and severe gradients, and a spiral. There's a lot yet to do but he's already captured the distinctive terrain. 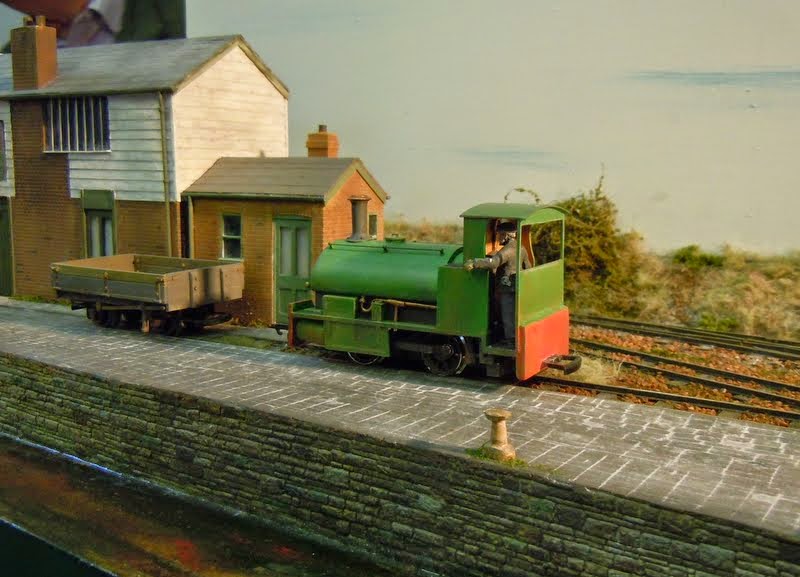 Prolific layout builders Chris Ford and Nigel Fox brought a brand new layout in O16.5 called Morton Stanley, which sounds like an argument over which type of craft knife they prefer. Its a superbly atmospheric, typically simple, and deceptively small. I gather the layout already has a new (lucky) owner, so I don't know if it will be shown again, it certainly deserves to be.

I'll leave you at that for this post, but there are many more photos here if you'd like to see more. Great to see you if you were there, if not - hopefully in 2 years time?
Posted by Michael Campbell at 23:27 No comments: 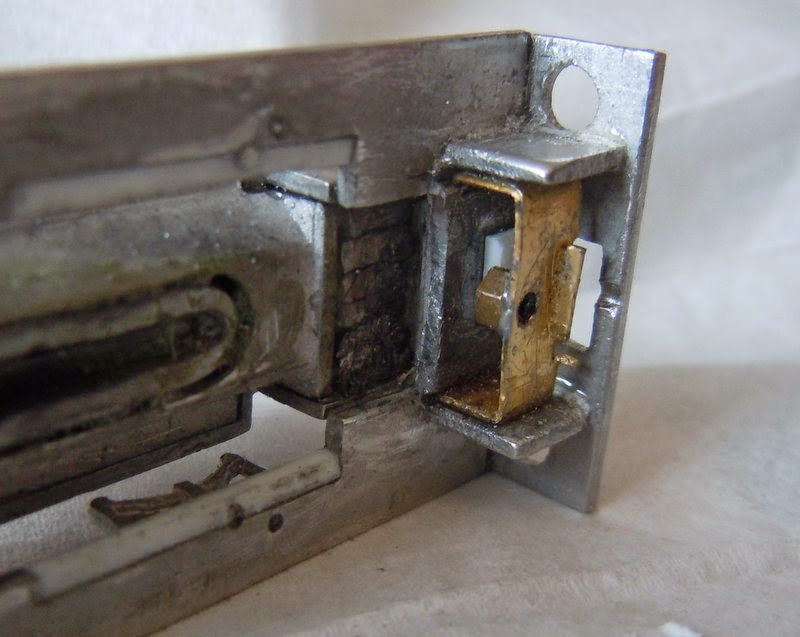 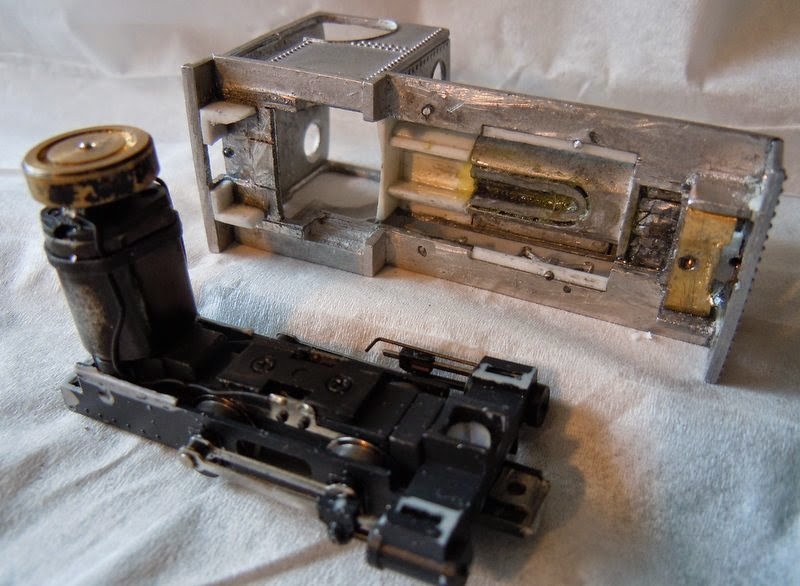 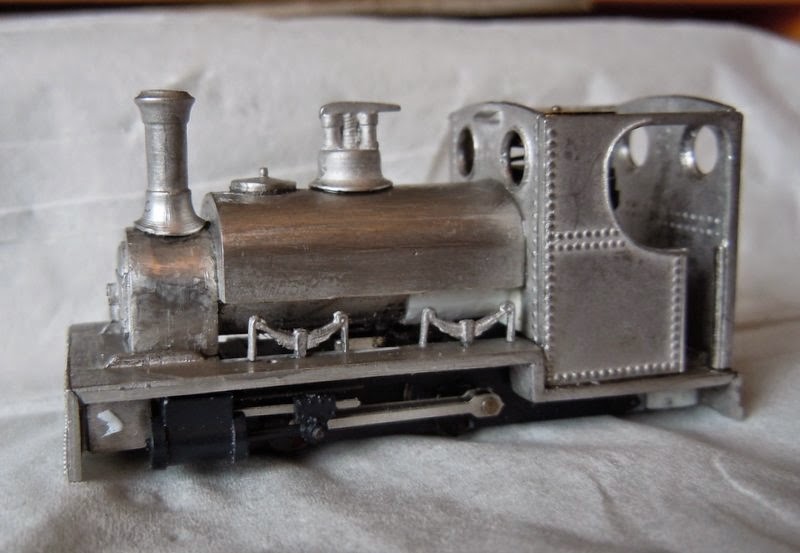 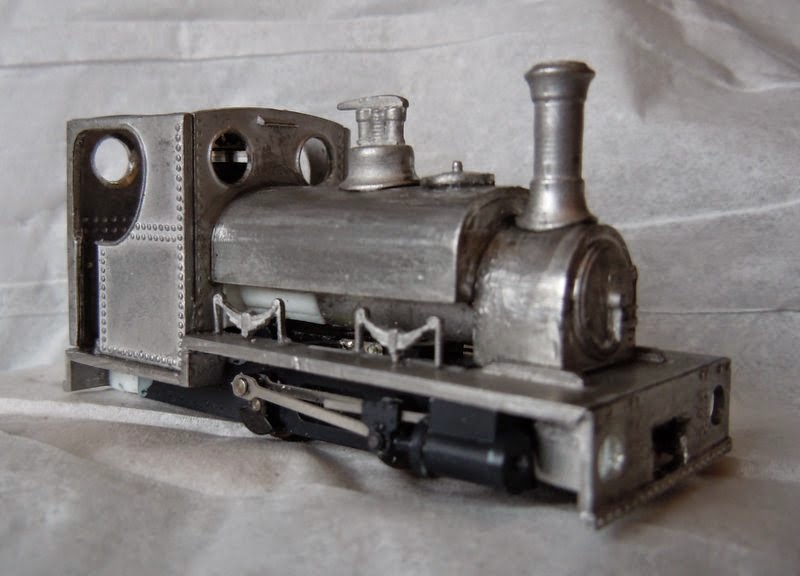 Posted by Michael Campbell at 22:19 No comments:

Yesterday I took the kids to the Wealden Railway Group show in a new venue in Steyning, rather than the scout hut in Arundel. Like that venue the new one was small - somewhat cramped in fact - but as previous shows the quality of the exhibits was good. And entry included a free hot drink! Anyway here are a few favourite views from the show. 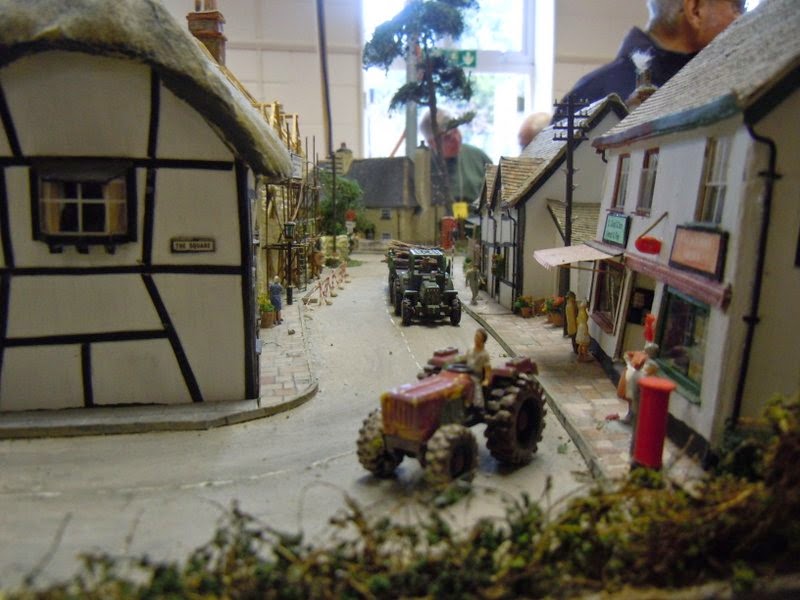 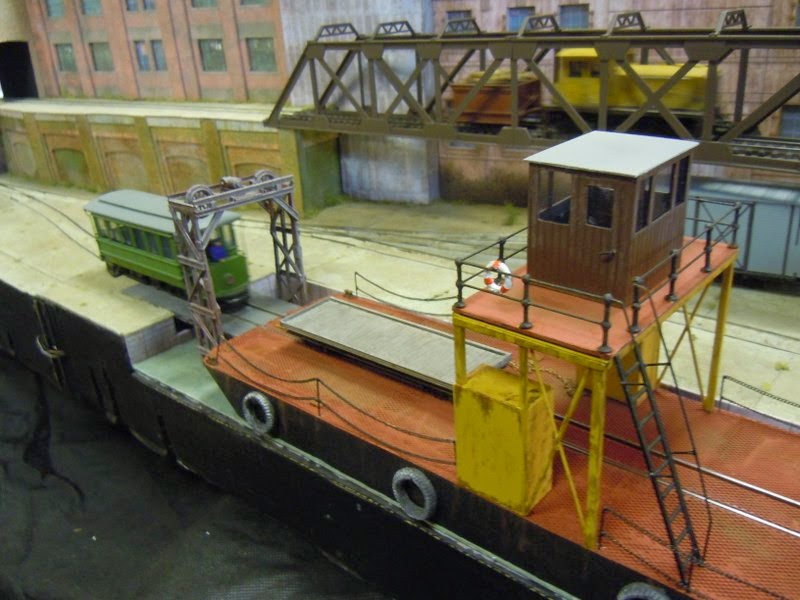 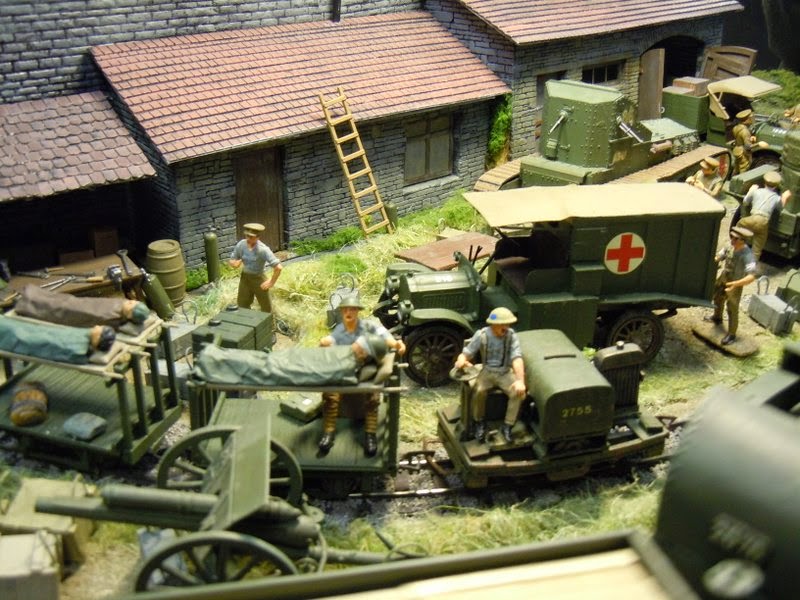 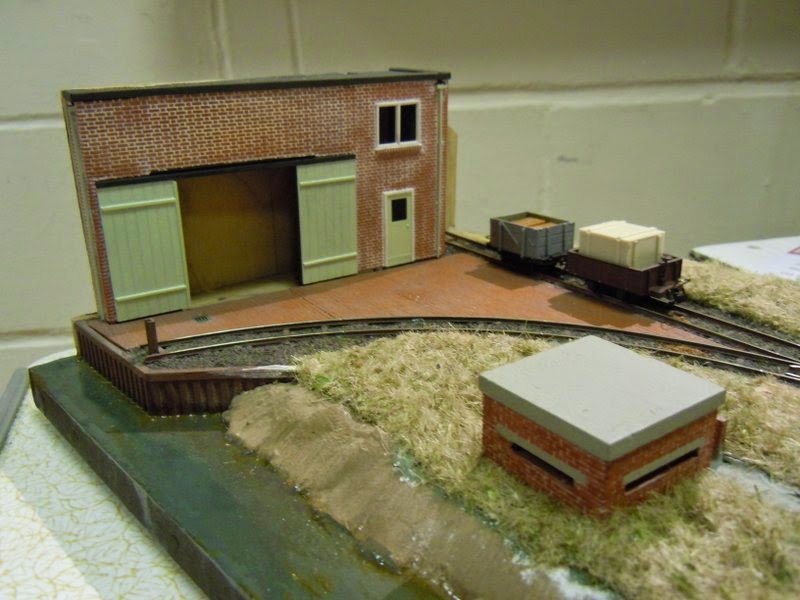 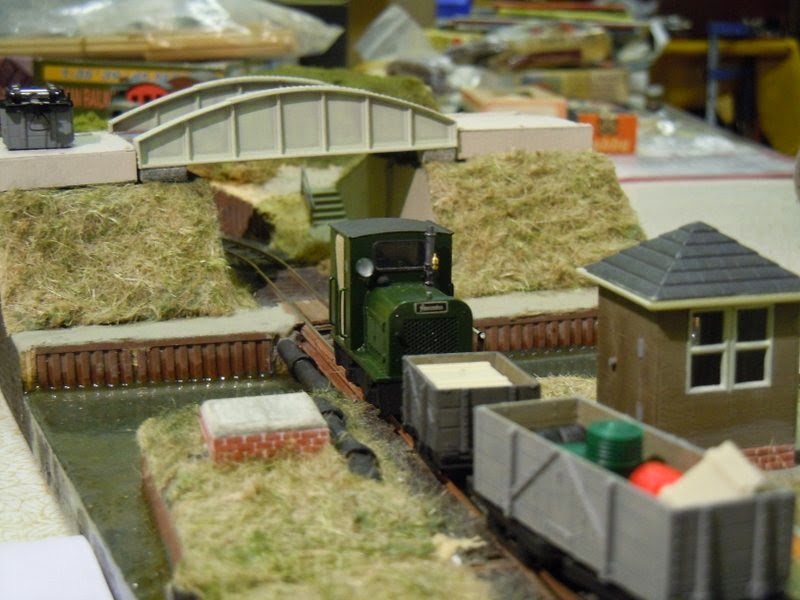 Posted by Michael Campbell at 21:31 No comments:

Manchester Museum of Science and Industry

Over the Christmas break while visiting my family "oop north" we visited the Manchester Museum of Science and Industry. I remember visiting as a child and found it really exciting, and in that respect it hasn't changed; there's a floor full of hands-on "experiments" for kids to play with that demonstrate scientific principles, a hall full of aircraft, a (replica) sewer, and a "Power hall" full of stationary and rail steam engines. 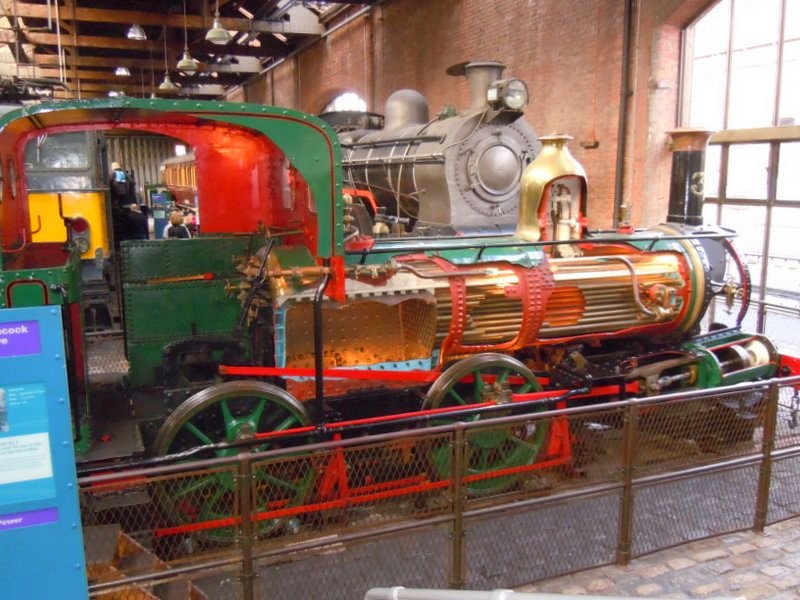 In this hall is a 3' gauge Beyer Peacock "Pender" from the Isle of Mann that has been sectioned to show how a steam engine works, it's a great educational visual aid and even to someone who knows the principle, the detail of the fittings is interesting. It does seem a sad waste of a lovely engine, though fortunately the other side looks unmolested. 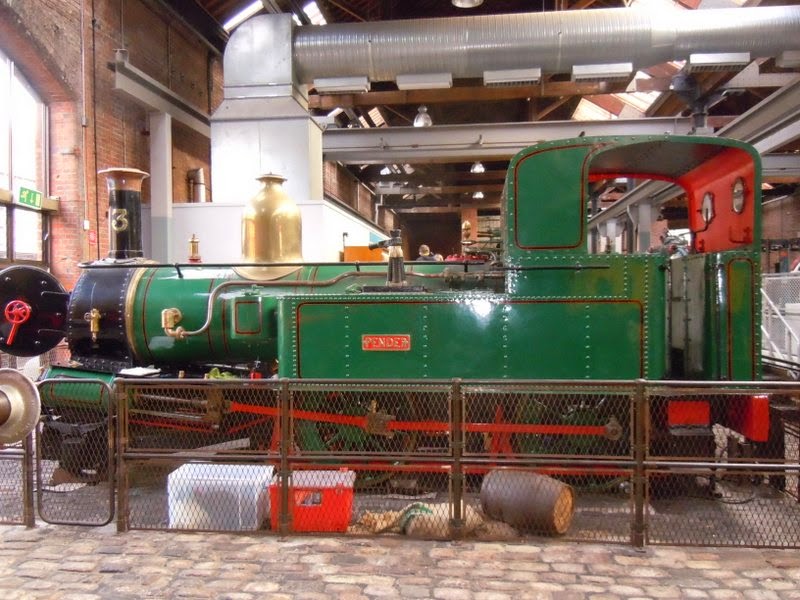 Pender is the smallest but there are a few other Manchester-built locos including one from India, and an electric that ran in Holland, but the biggest loco is also Narrow Gauge - this 3'6" gauge Garrat that ran in South Africa. 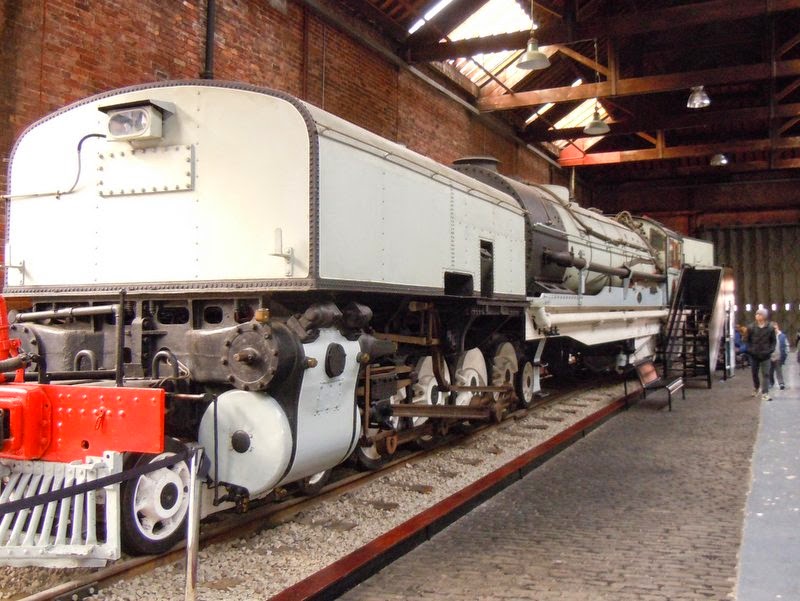 Outside, this unassuming brick building is the original Manchester station, dating from the opening of the first public railway in 1830. 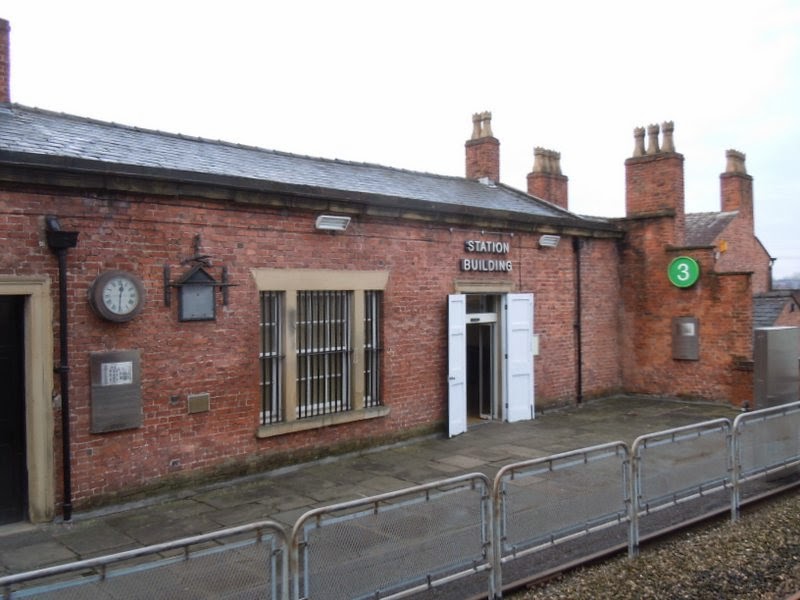 While short passenger rides through the site were provided by this well-kept industrial loco. 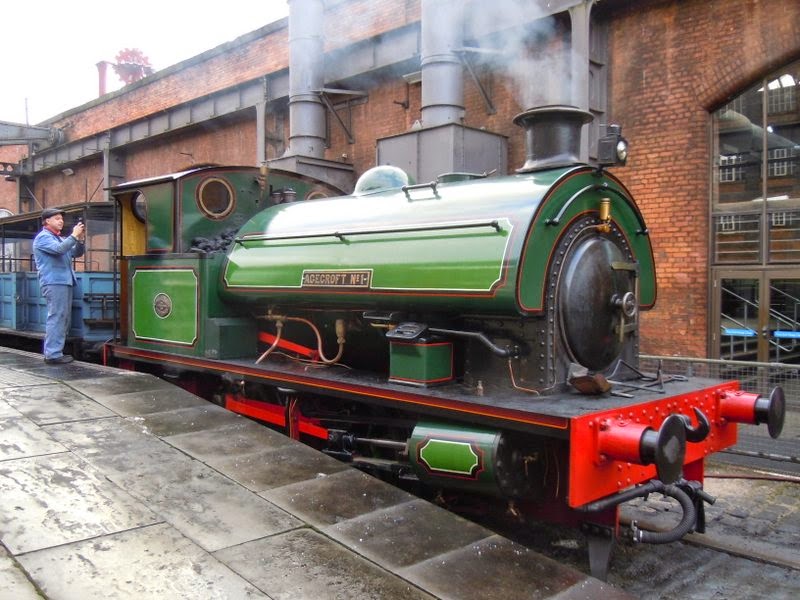 Posted by Michael Campbell at 14:01 No comments: