Another month has gone by and despite the current semi-lock-down I've not managed any modelling to report. Normally this time of year would feature a visit to the Amberley railway gala, but that of course was cancelled along with every other railway gala and exhibition. What's more, although some preserved railways have been able to open with some kind of service it is unlikely I'll be visiting many this year. So I have prescribed myself some (mail order) retail therapy... 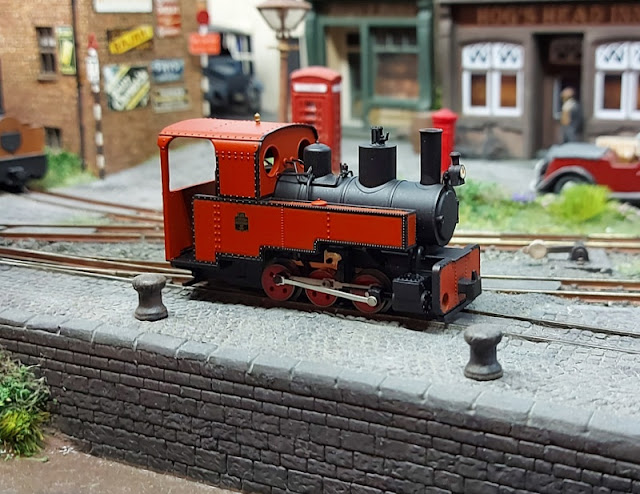 It's a Minitrains Decauville "Progress" 0-6-0 tank, which I rather like the look of, but missed the first batch. I chose the red as I think it suited this loco best, and although it may be a little on the small side (I guess it is HO, but Minitrains can be variable in scale) I think it looks quite at home on Loctern Quay. I expect it will be seen hauling passengers to Hexworthy in due course too. 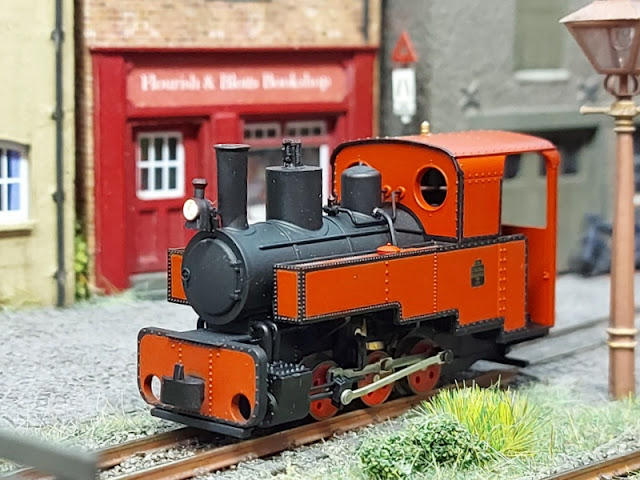 Like all Minitrains locos it runs smoothly, albeit with the motor and flywheel visible in the cab from some angles. I will have to get a (short) loco crew to distract from it. However, my biggest challenge will be fitting Microtrains couplings with their large draft box, and no space behind the buffer beams.
The above photos were taken on my phone, and look somewhat bright - the red loco looks quite orange. By contrast the photo below was taken on a "proper" camera and I think is closer to true colour, here you can also see the working headlight. 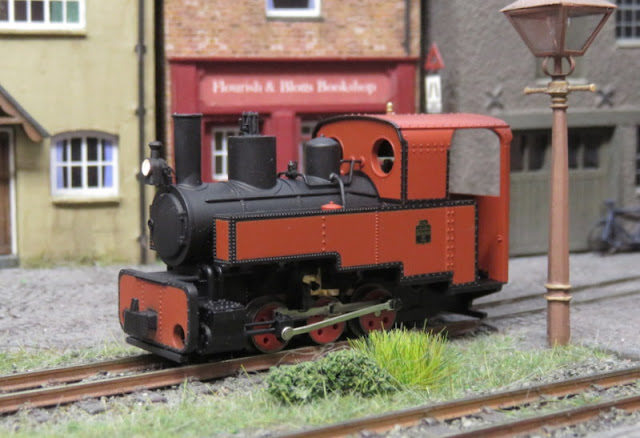