I've just finished reading a new book from Pen and Sword - Twenty First Century Narrow Gauge, A Pictorial Journey by James Waite. I say reading, but really it is a case of enjoying the pictures! The book is exactly what it says on the cover, and as the sub-title suggests, is is a collection of photos of narrow-gauge railways around the world. More specifically, the photos cover steam-worked narrow gauge railways, and I was genuinely surprised how many there are. Of course in the 21st century most are preserved lines, or special trains on regular lines, but given that few of the railways feature more than two or three photos (and many just one), there are a lot of railways in this book. 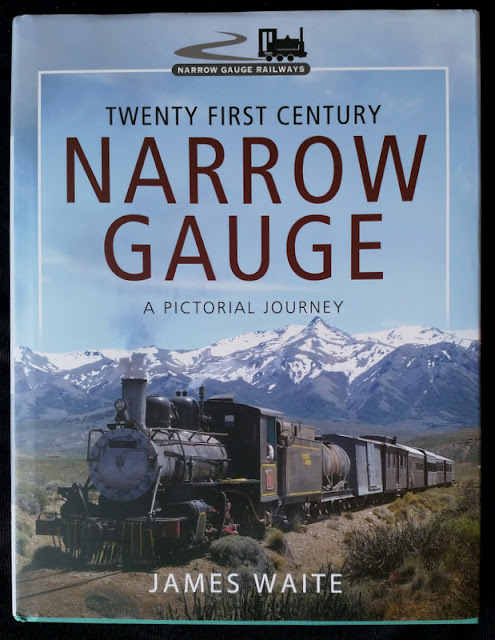 The photos were all taken by the author, James Waite, who will be familiar to readers of Narrow Gauge World magazine, in which his photos of narrow gauge railways from around the world have featured regularly. I'm sure a number of the pictures in this book have been in NGW magazine, but that is in no way a detraction from the book. That one enthusiast has visited and photographed so many railways in over 50 countries is in itself quite remarkable. 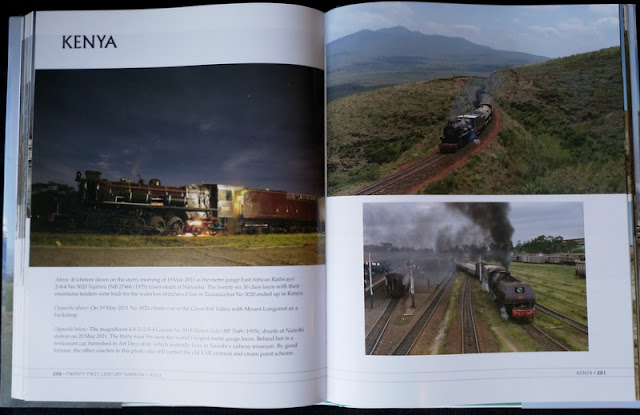 Now I am no photography expert, but James clearly has an eye for an attractive photo, as well as a passion for narrow gauge railways. While a number feature the classic side or front three-quarter loco view, many offer different perspectives, and most present the loco or train in some context of the surroundings. Indeed some are landscape views where the train is a minor feature. This makes for a varied and interesting book for browsing, and as such it is a good coffee table piece. However each photo also has a descriptive caption, with details of the loco(s) featured and background about the railway, there's even an index of loco builders, so there is knowledge too. The captions are full of interesting facts but not dry, they are engaging with a little humour at times. 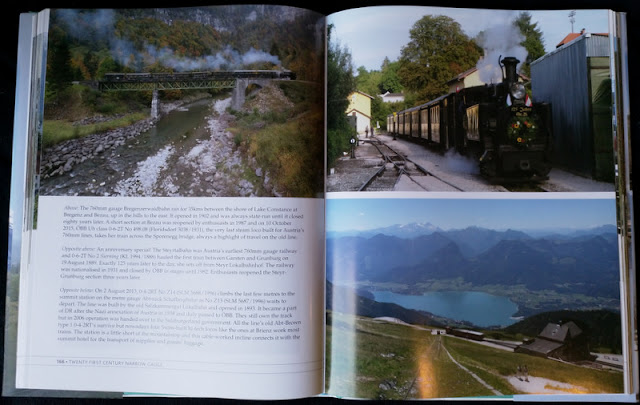 The pictures are well produced on quality paper, the covers are hardback with a loose fitting dust jacket. The book is arranged into chapters for each country. At times I did find myself confused as to which railway was being featured, where two or three photos on the same line follow each other, and so required careful study of the captions. It might have helped (me at least) to have listed the name of the railway with each caption for clarity, although that risks interrupting the flow. That though is a minor point.

If you like steam railways and/or narrow gauge railways, with 288 pages each featuring one or two well composed and interesting photos, there is a lot for you to enjoy in this book.
Posted by Michael Campbell at 22:28