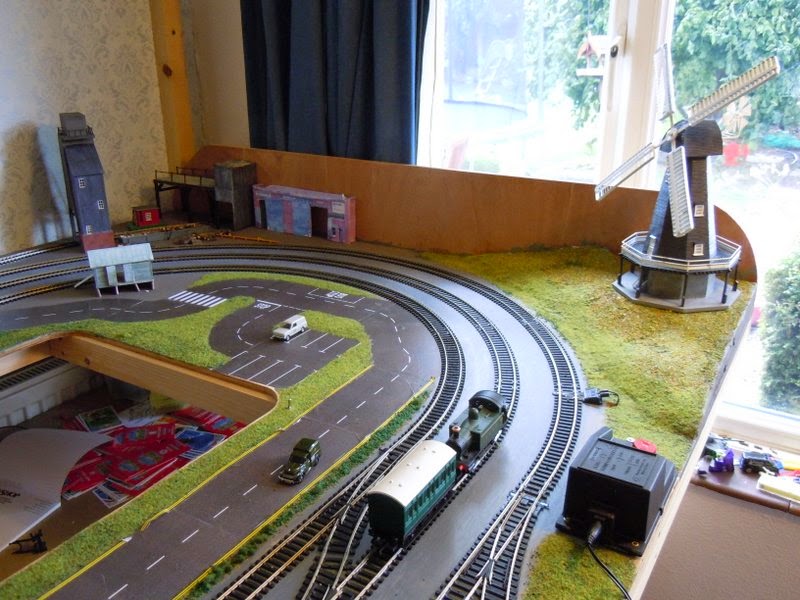 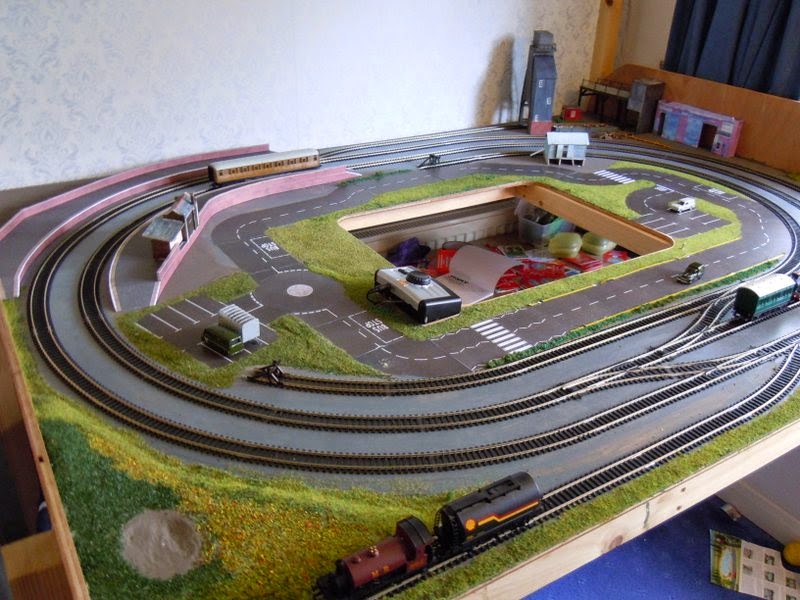 There remains of course plenty of things that can be added: fences, trees, bushes, backscenes, more buildings, figures, details, etc. That grey circle is to become a pond. However the trainset has progressed to a model railway, and should provide plenty of fun to it's owner. Now my son is asking when we can start building his new trainset...
Posted by Michael Campbell at 23:37 2 comments:

A Narrow Gathering in the Downs.

Last Saturday, deep in the Sussex Downs, there was a gathering of enthusiasts of narrow gauge and industrial railway models. I'd been asked to bring along Thakeham Tiles to join a number of other small layouts and models. Amongst the chatting, jelly and ice cream, I did get a few photos.

I've been following the development of Chris O'Donoghue's Compass Point on the NGRM forum, so it was nice to see the (unfinished) layout. 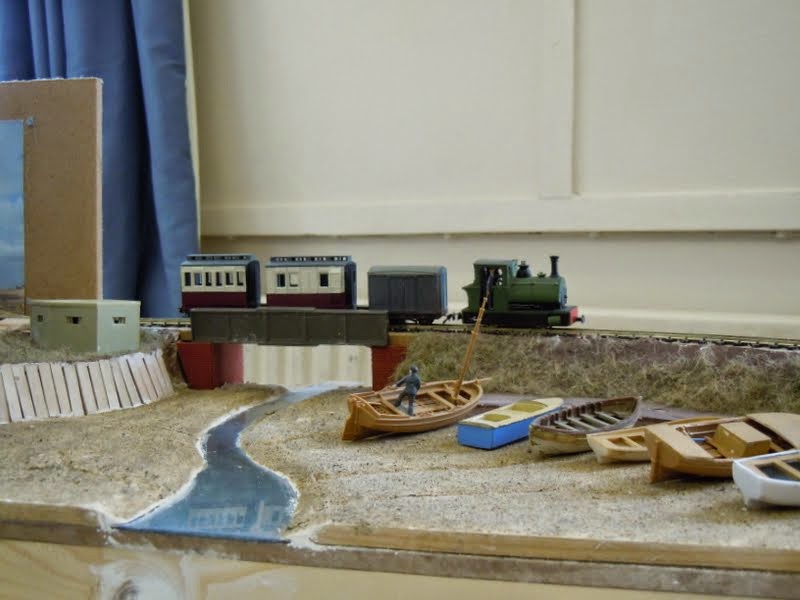 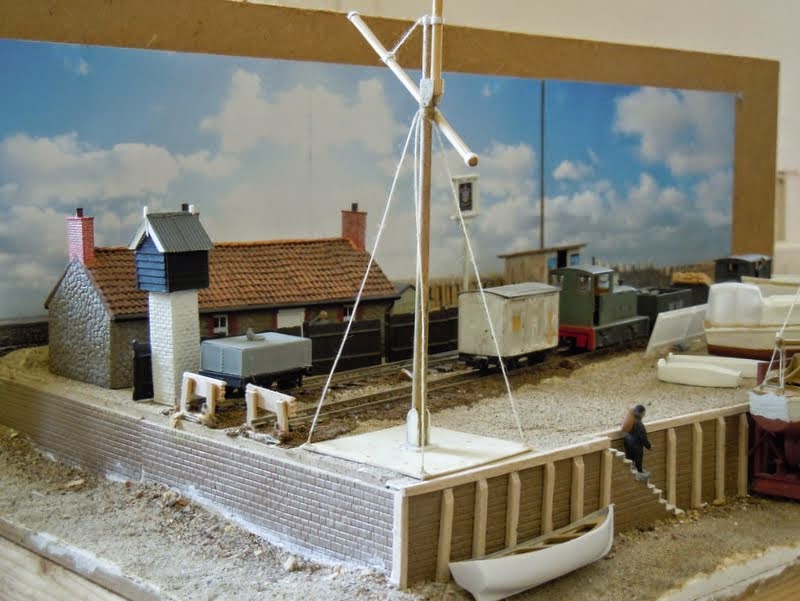 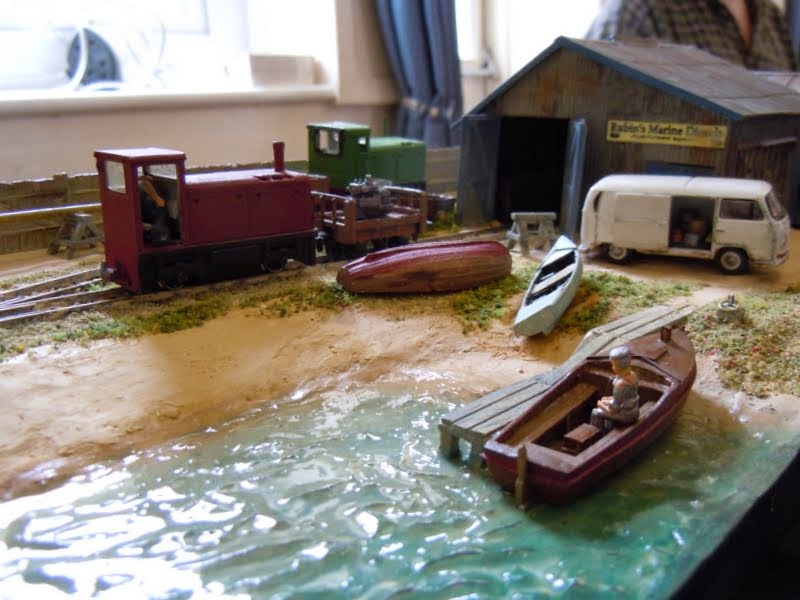 "Roving Reporter" Mick Thornton filled a table with his kit-bashed stock, which is an inadequate term to describe the models that show superb skill and ingenuity in their construction. Here's a line-up of Irish style railcars, mostly built from the old Peco/Merit plastic bus kit! 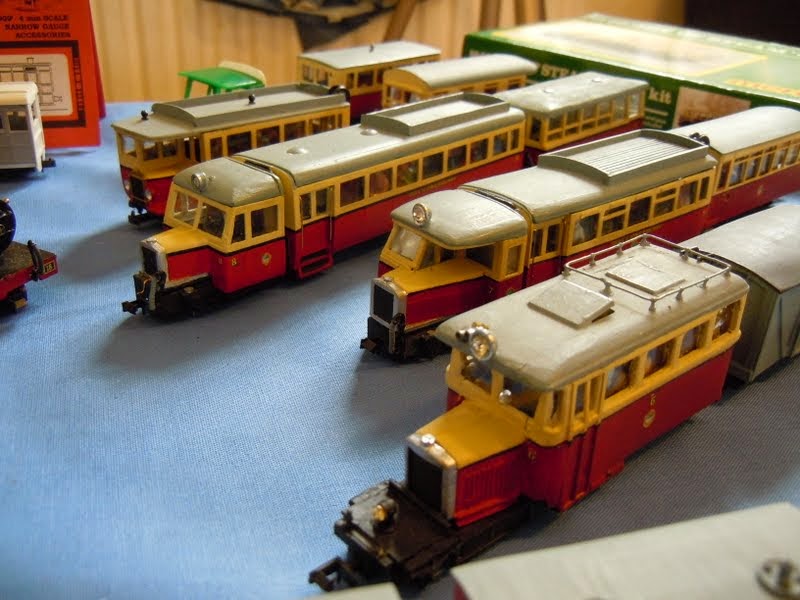 Simon Hargraves brought his Brightwells Pumping Station Tramway, a 009 layout that has been dormant for years and is only now being completed. It's a small, simple layout that folds in half, with the hinges cunningly hidden by the road-bridge. But it still has character and interest. 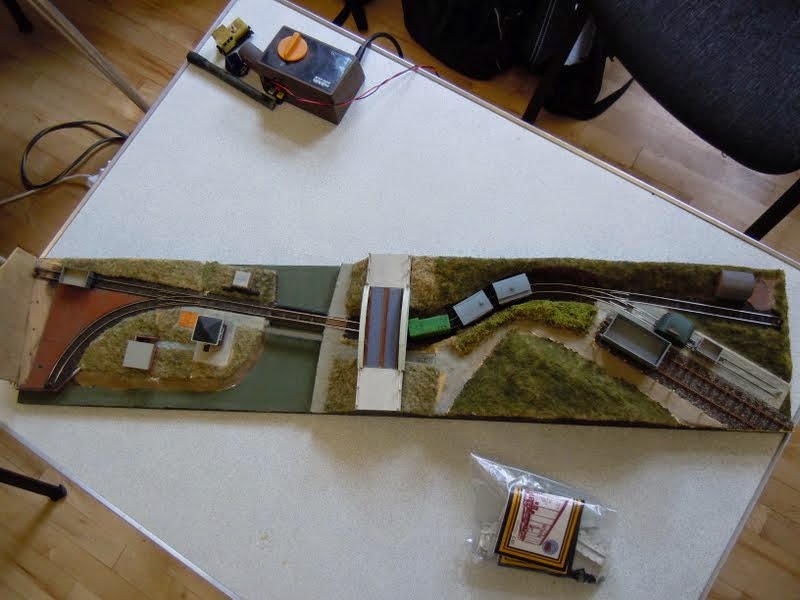 And it certainly amused my son for a while... Rent-an-Operator anyone? 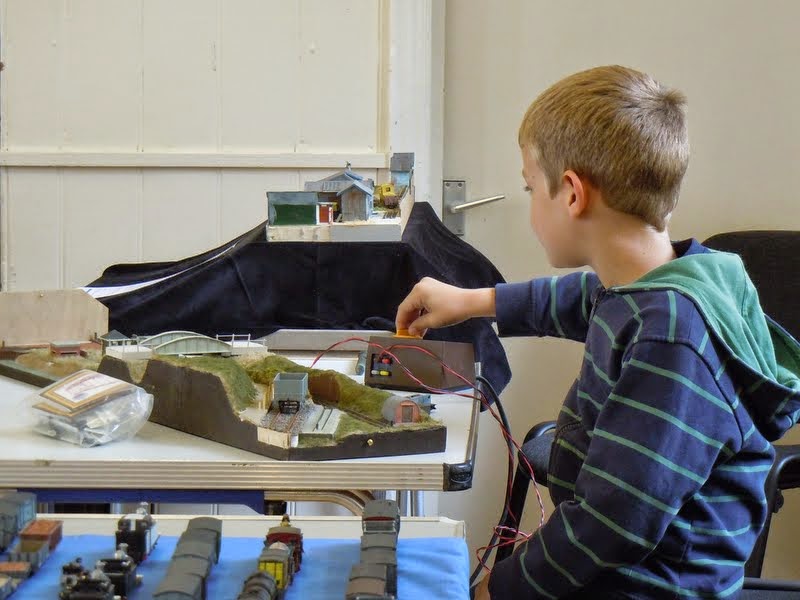 There were many other excellent models too, all in a great day out. You can see more pictures here.
Posted by Michael Campbell at 22:40 2 comments:

Whilst sorting stuff post-move (yes I know it was 9 months ago!) I came across this model made as part of a school project. I was already a narrow-gauge railway nut by the time I was at secondary school, so wherever possible I picked railway related projects for my coursework!

I think this was a "Design & Technology" project, which involved planning how the Ffestiniog Railway could increase it's service frequency. I worked out from train graphs that another passing place would be needed, and that Plas Halt (a mile or so south of Tan-Y-Bwlch) would be suitable, so then I designed the "new" station there. This is of course all fiction, but good fun and earned me a good mark, and it's not often you could say that about school coursework! 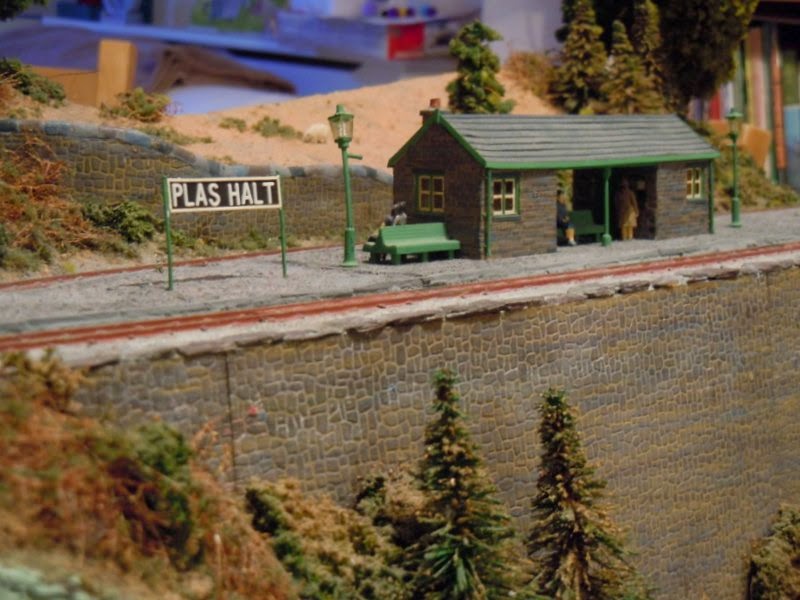 As a centre-piece of course I had to build a model! Much as I'd have liked to make a working model of the whole station, the more practical and achievable approach was to model just the area around the station building, accompanied by maps and diagrams. In fact I even made a site-visit (on my own, by train, which at the age of 15 was rather exciting) to take measurements and photos of the site (must see if I still have the pictures). 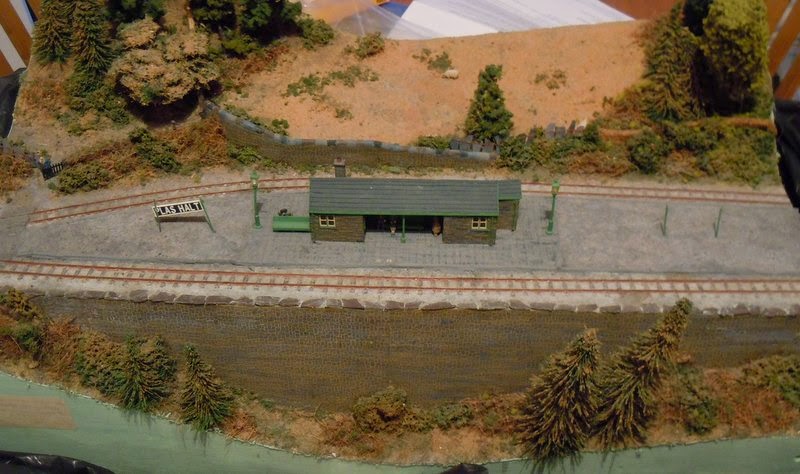 Anyone who has been to Plas Halt will realise it consists of a stone hut and short platform next to the single line as it runs along dry-stone wall clinging to a steep hillside. My plan assumed a passing loop line could be cut back into the hillside to form an island platform, with a new station building built on the site of the existing shelter. A public footpath crosses the line here, and while much of the hillside is dense woodland, behind the station there is open ground for sheep grazing.

The model was built on a plywood base under the track, with sides and ends cut from plywood to the profile of the hillside, essentially an open-frame method. The track is PECO 009 of course, the stone wall is Slater's embossed sheet capped with small pieces of real slate, while offcuts of plasticard were cut up and wired together with thin wire strands to make the slate fences seen in the area. 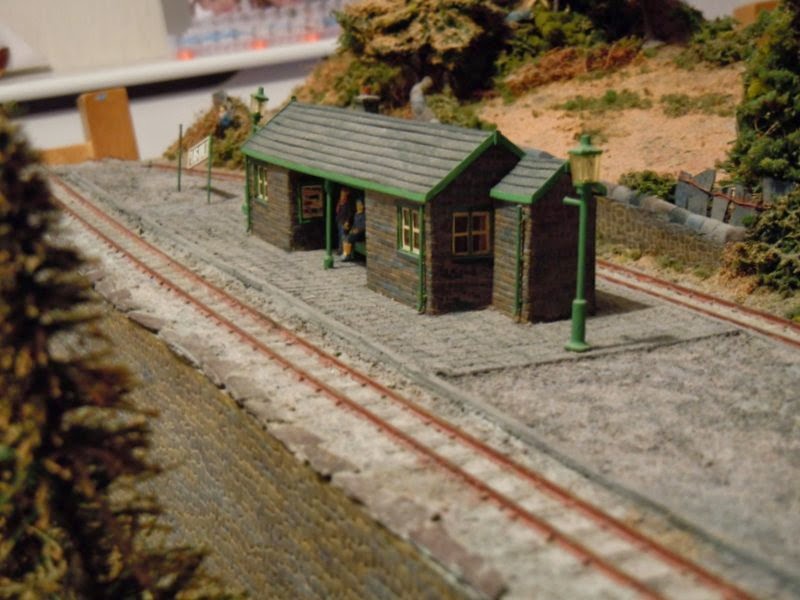 The building was made from plasticard and Slater's embossed sheets, even today I am quite proud of it, despite the roof warping slightly. The design features a waiting room (on the footprint of the existing shelter), with a fireplace. To operate the passing loop and block instruments a signal box is placed alongside, doubling as a ticket office (single-manned for efficiency), and equipped with a kitchenette and toilet. Between the two stone-built rooms is a waiting area, covered by a roof that spans the whole structure. 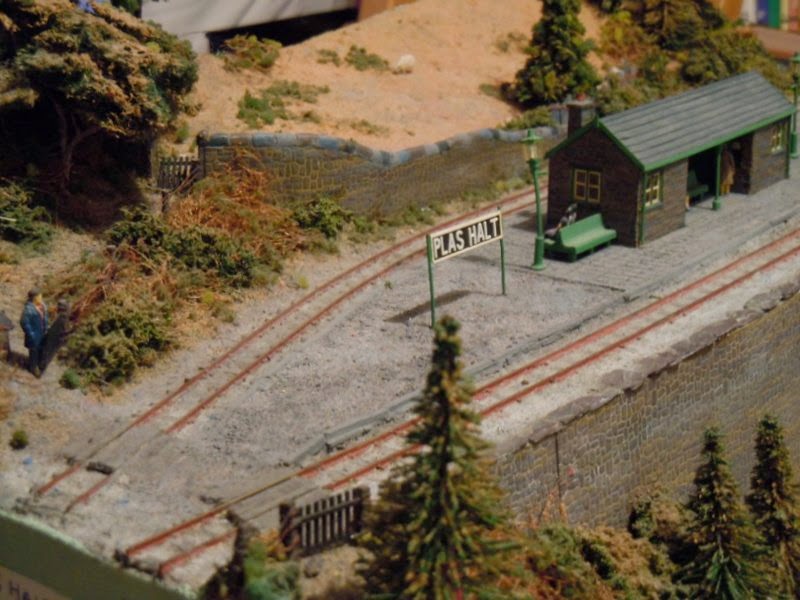 I even modelled the interior! 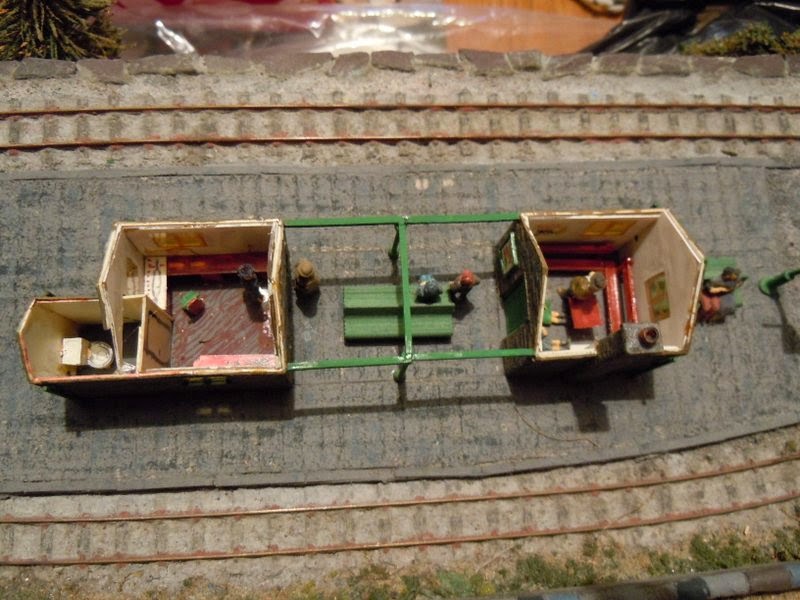 Sadly I'll have to break up the model, but it was nice to remember the project, and I'm sure that building can be found another home someday.
Posted by Michael Campbell at 22:06 No comments: 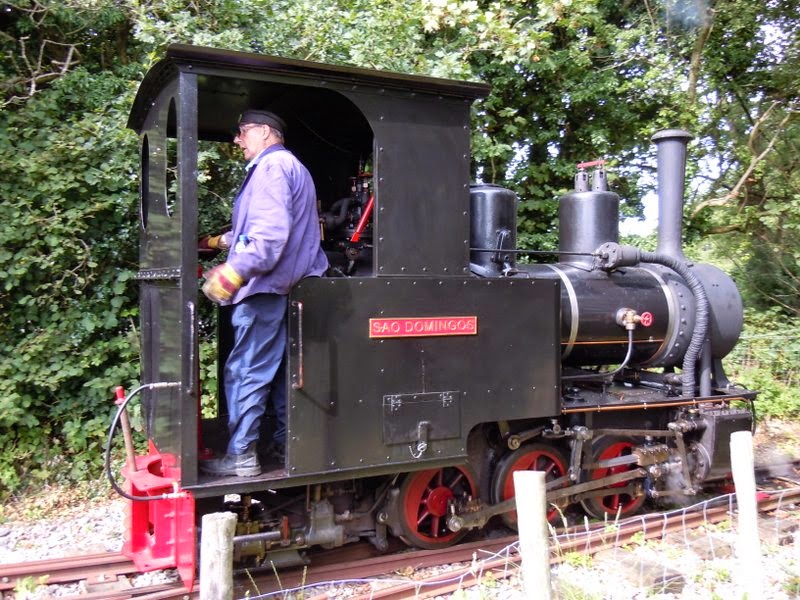 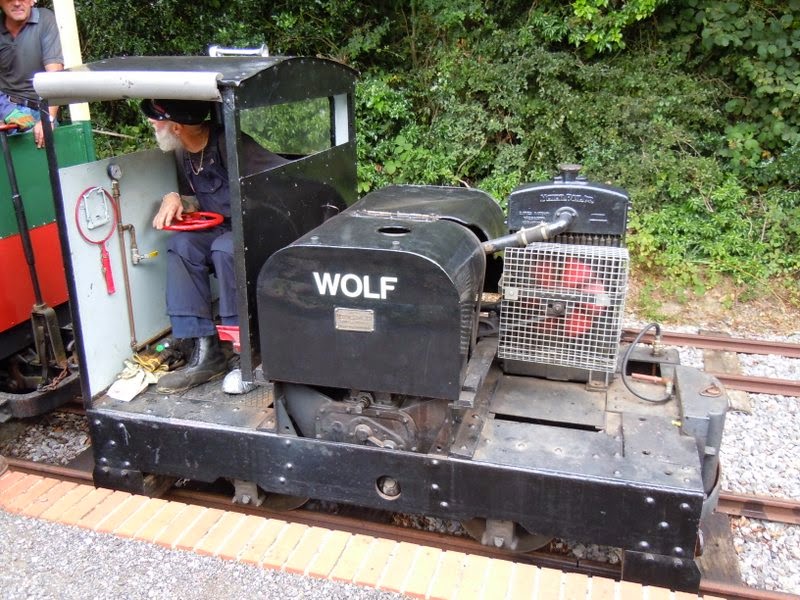 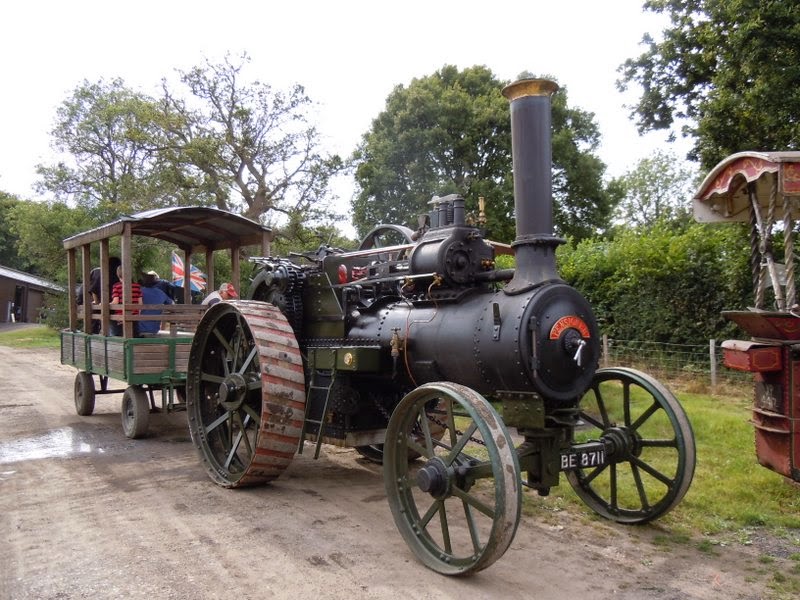 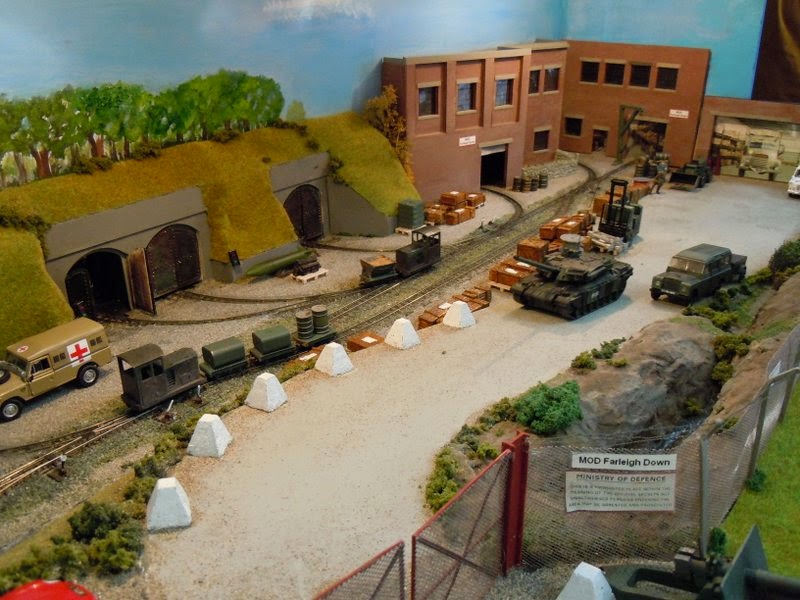 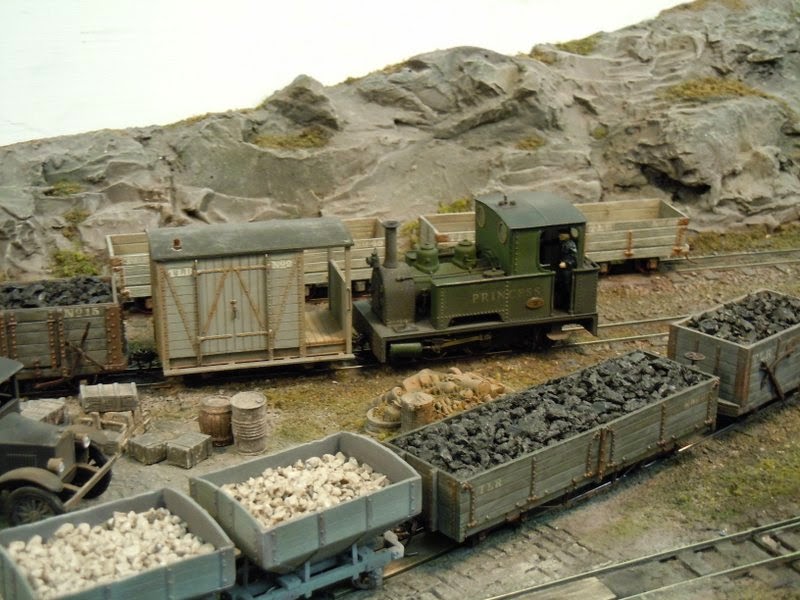 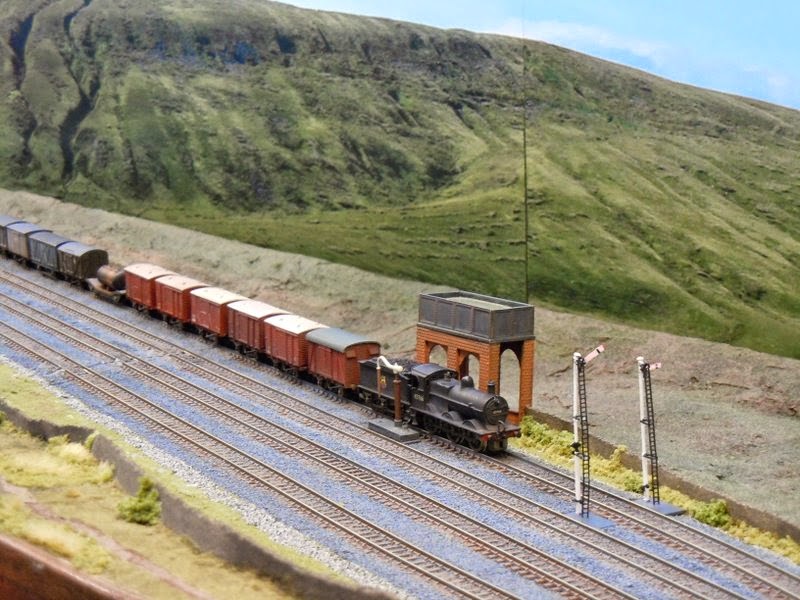 Despite a threatening cloud it was a fine day, and a good day out with the kids.
Posted by Michael Campbell at 23:43 2 comments: