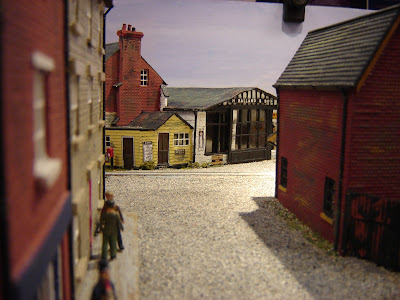 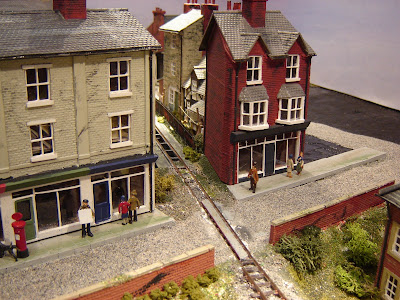 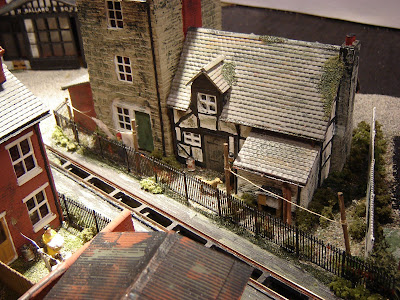 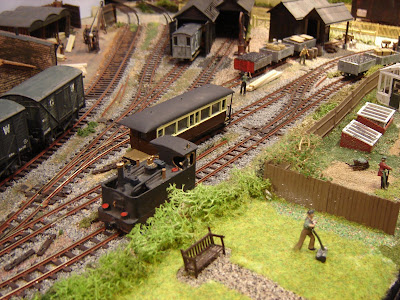 Posted by Michael Campbell at 23:10 3 comments: 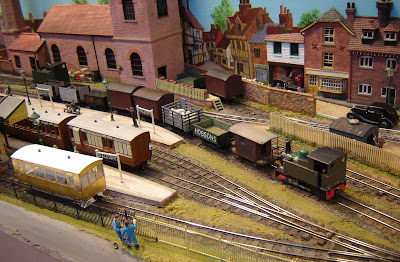 Last Saturday was Narrow Gauge South - otherwise known as "Sparsholt", after the college near Winchester that provides the venue. The Sussex Downs 009 group were showing part of the "Everleight" modular layout, and I had volunteered to help. This is a superb layout (I can't claim any credit as it was built before I joined the group), but the quirks of operation take a little getting used to, and not helped by the gremlins that got into the system between the test and clean session the previous evening, and being errected at the show! So the first hour of operation was a struggle, but once the issues were sorted and operators (including me) "on-message" things improved! In addition group member Mark Holland had his "Spirit of Welshpool" layout there, which I had the pleasure of operating - more on that soon. My recently completed and unpainted railcar spent much of the day on one of those two layouts.

In between operating sessions I did get chance to look around, although with over 40 superb layouts it felt like a rush to see them all! No toddler in tow this time though, so a little easier to stop and talk, and take photos. Some of my better photos are here but for the full collection see my fotopic site. I skipped the 009 society AGM - I'm glad too, as it took 2 hours! - which was the best time to get close to the layouts. All in all, a great show. 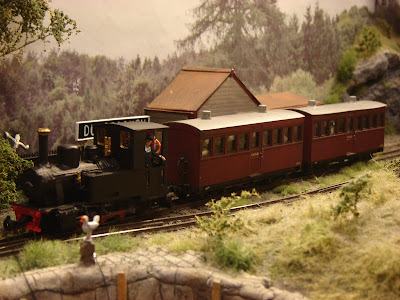 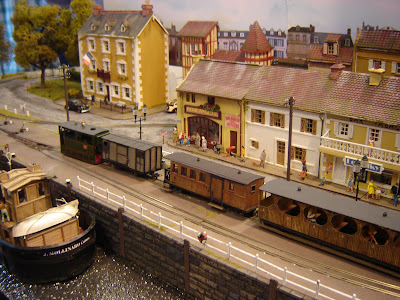 I did get away without spending too much money, although I did pick up a few essential tools from Squires did add up, some useful odds-and-ends, and a fascinating book on Light Railways full of inspiring and atmospheric pictures (see photo). 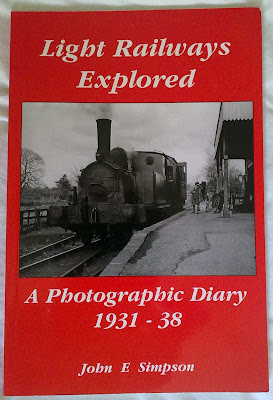 Posted by Michael Campbell at 23:17 3 comments: