Last weekend the Amberley museum held its annual rail gala exhibition, I was there on the Saturday. The format was much the same as usual, with two passenger trains running. The weekend marked the official return to service of Peter the Bagnall saddle tank after its major overhaul. 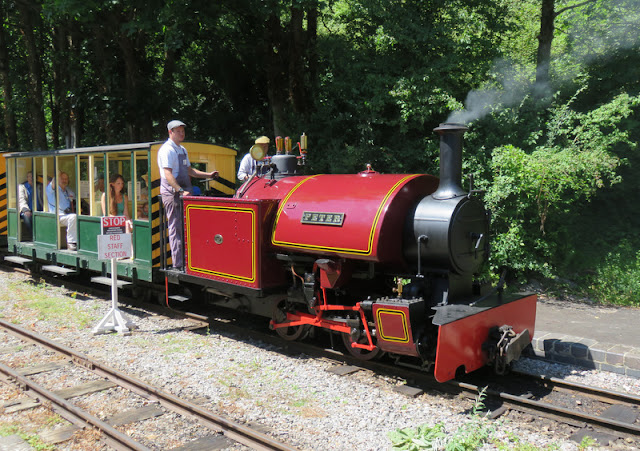 It also marked the last weekend of service for Polar Bear, whose boiler ticket was about to expire and so would be shortly withdrawn for overhaul. Both steam locos were looking superb. 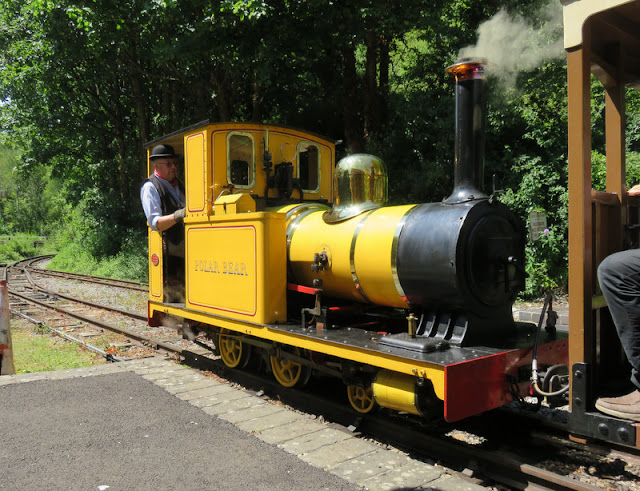 In between the passenger trains ran industrial diesels with trains of wagons. Here's one of the largest, Peldon. 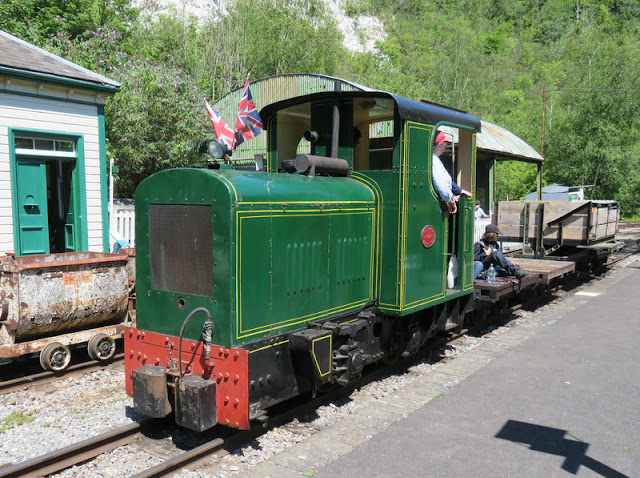 This Hudson Hunslet appeared in a James Bond film, as did the "mine" tunnel in the background. 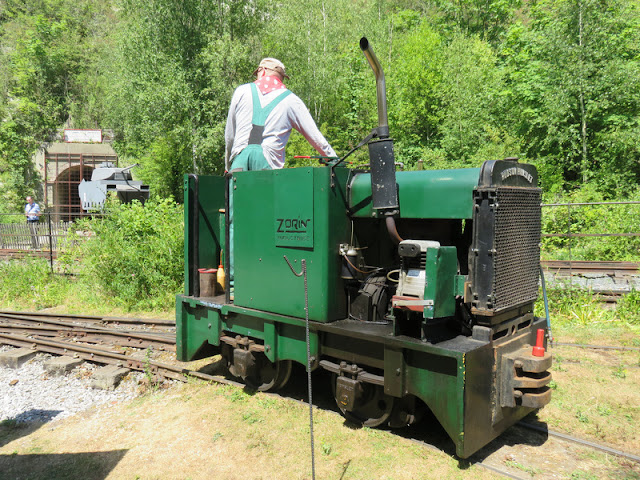 Here's a Motor Rail Simplex. At 3pm the usual parade of locos was held, with all the serviceable locos on display, although there were no visiting locos this year. 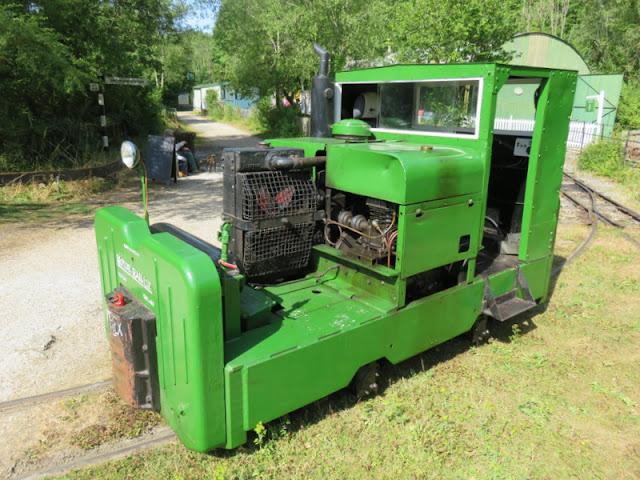 This "tank" is actually a wooden cut-out used as a target, it sits on a motorised target trolley which would run behind an embankment to provide a moving target. I visited a target railway of a similar type to the one this trolley would have run on last year. 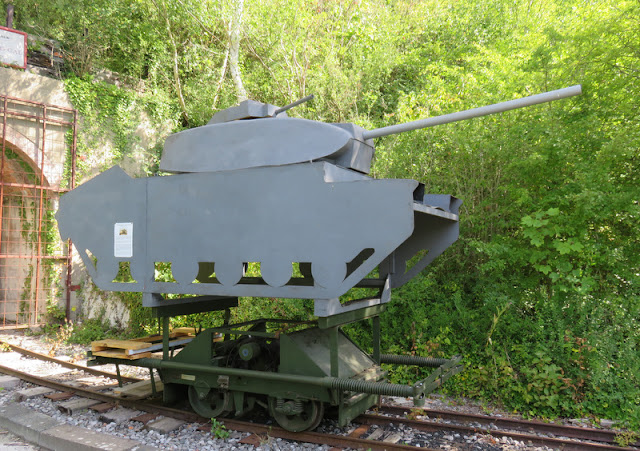 As well as the trains, steam road vehicles were in use. This steam roller was one of two, and I believe a traction engine was in steam too. 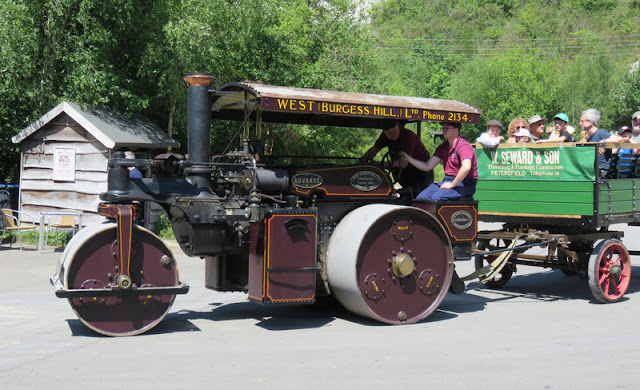 The open top of this fabulous bus proved popular. The road vehicles, like the trains, appeared to be full every trip. 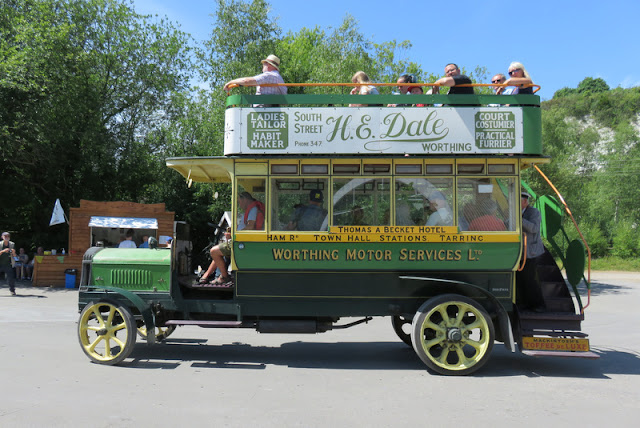 Indoors was a model railway exhibition, although this year it was pretty small. Just a handful of layouts, mostly N-gauge for some reason, and a mix of traders who can't have been doing well judging by the low numbers inside (the sun was shining, the shed was hot, so why stay inside!). I was helping the Sussex Down 009 group who as usual had a display stand and demonstration, except this year we had taken an under-construction layout to work on. I spent much of the day sticking and carving foam, which as well as progressing the layout, seemed to be of interest to visitors to see how the layout was constructed. 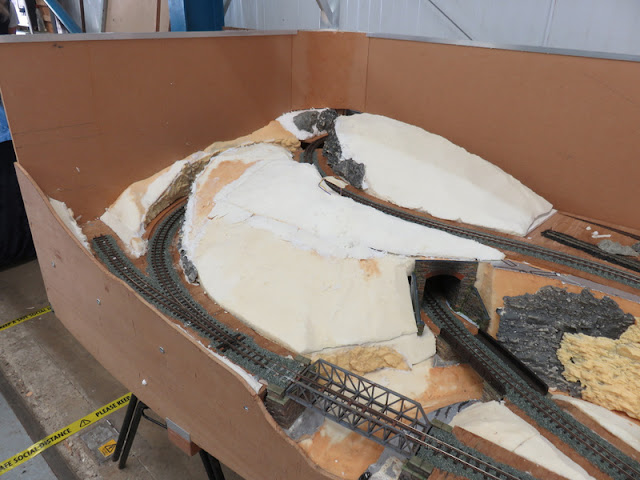 Posted by Michael Campbell at 22:51 No comments: