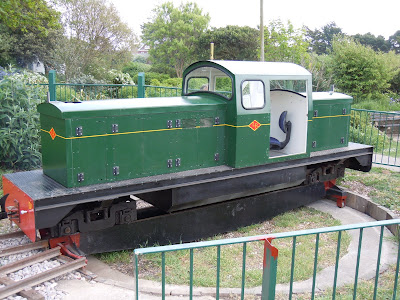 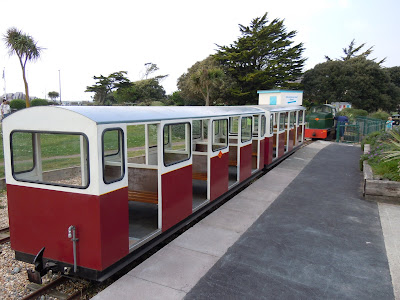 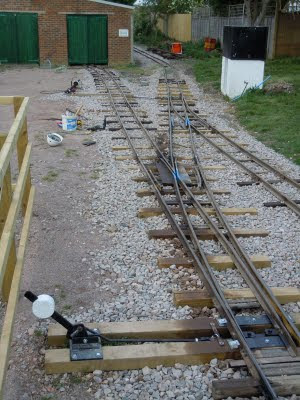 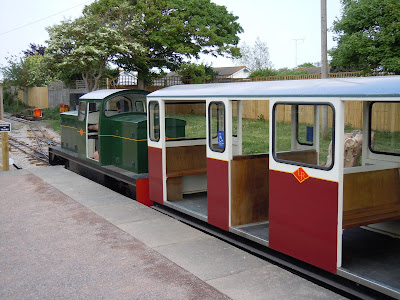 Posted by Michael Campbell at 23:02 No comments:

The end of the sky

I have been thinking for some time about how to make the boxfile's lid stay upright. It has to be able to close to meet the competition rules so fixing in place is not an option, string would stop it falling back but not forward, and there was no space for folding brace pieces, nor anything much to attach them to. So I came up with the idea of using removable end-pieces that support the lid as the backscene, while also continuing the backscene around the ends of the box. 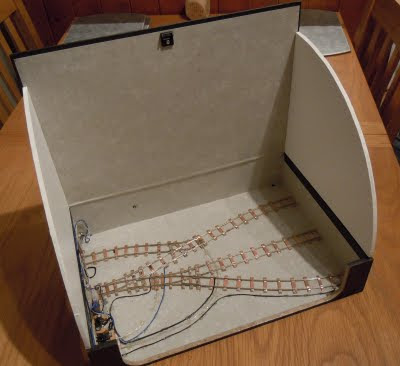 I made the end pieces from some foam board, a sort of stiff but lightweight plastic board I got from the marketing department at work (it is used for promotional signs). MDF would have done just as well. As you can see I cut them to a curved top profile (while together so both have the same curve), this lessens their intrusion while providing an effective backdrop. 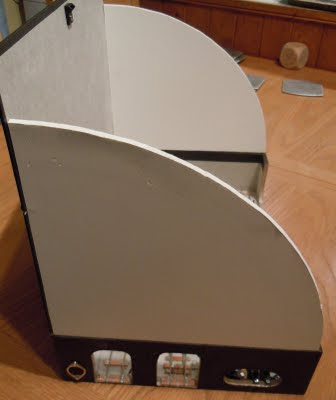 These pieces have to be removable of course. They attach to the lid by the simple means of a potruding screw that pushes into a slot in the lid, the slot is angled to help prevent the end falling sideways. A couple of pegs (made from offcuts of plastruct tube) are fitted into the bottom edge and locate in holes in the top edge of the boxfile ends. The photo below might make this clear! I also fitted magnets to help hold the ends in place, but in practice they have little effect. The result is that the ends are quick and easy to fit, and hold the lid in the vertical position effectively. 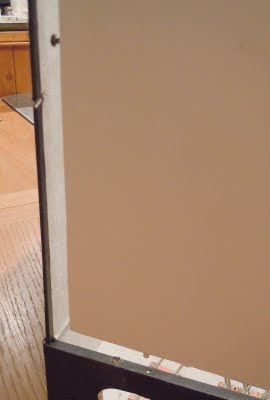 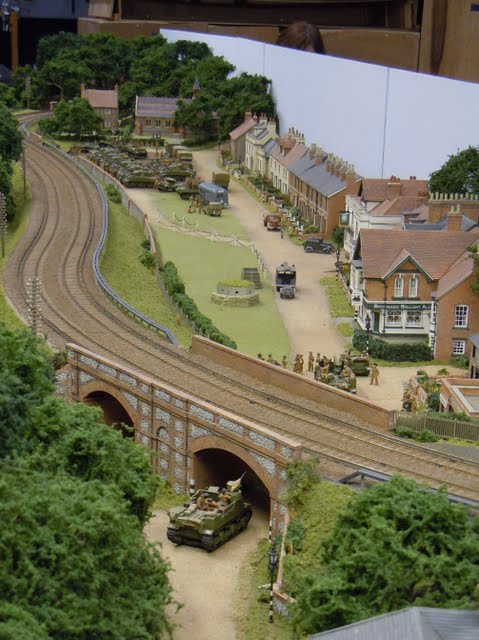 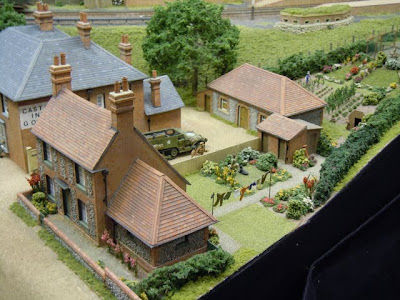 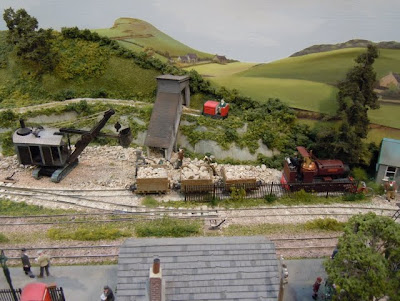 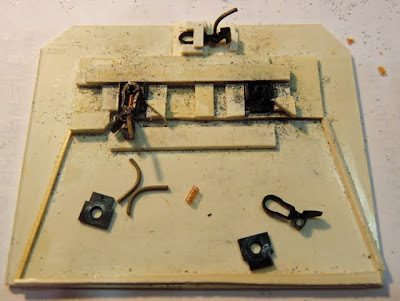