Saturday was a busy day. In the hall at 8, mark out and arrange tables, welcome people in and show them where to set up, arrange power leads, chairs, etc. Then help my Son set up his layout Slugworth & Co., now with rear fiddle yard and an introductory display board: Other than one exhibitor being delayed and finishing off the set-up as the doors opened, there were no hitches and everything seemed to go well. Chris, Karen and Nigel did a great job in the kitchen and seemed busy all day. Other club members helped man the front desk, general stewarding, or helped Martin run Llandecwyn. There was also a lot of chatting going on!

The Alan Fall award for best layout as voted for by the visitors went Martin Collins' Llandecwyn. Martin is very talented with the scenic work, and his trains look superb and run well too, so this was well deserved. 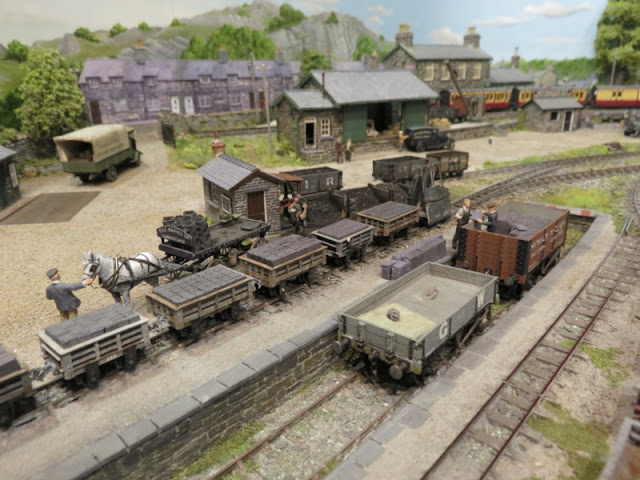 Chris O'Donoghue brought his Compass Point layout back, now with extension to Shinglesea. Lighting issues meant the extension was a little darker than the original board, but this added to the moody, bleak feel of the landscape! Another popular layout was Coleford, by John Wilkes. It is notable for many unusual features, such as the winter setting, unique track-work, and some quirky items of stock - such as this comfortable looking if rather exposed inspection vehicle! 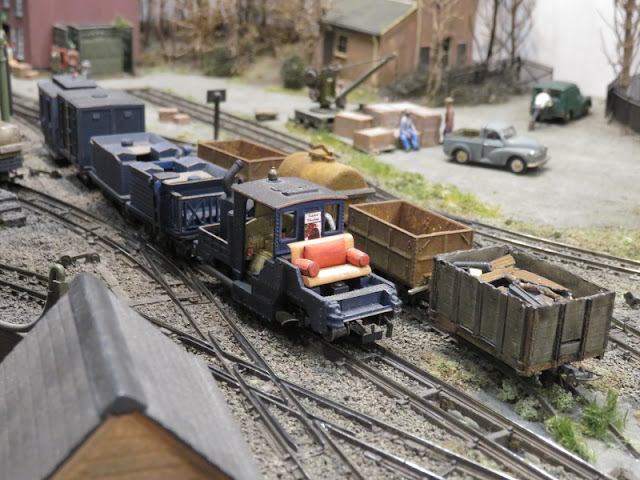 I'm running out of space to list all the layouts, but I did enjoy Tansey Bank by Bob Vaughan. Compact yet interesting both operationally and scenically. And just look at this train, attractive yet delightfully shabby at the same time. 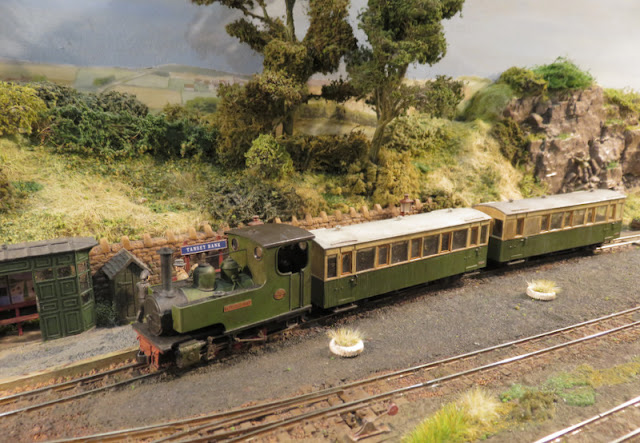 Surprise special guest was Ted Polet, who "popped over" from the Netherlands with his little Nixnie layout. Not only is it an attractive example of a layout in a small space, it's a good showcase for some of Ted's collection of locos and stock. Inverary in canary yellow has been one of my favourites ever since I saw it in the Peco book of Narrow Gauge as a teenager. 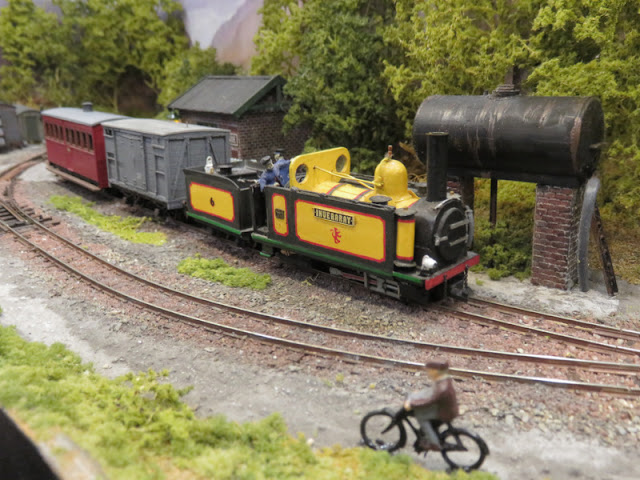 If this link works you can see more photos. Those shown here were all 009, though we had a couple of O-16.5 layouts present too, along with the 009 sales stand, 7mm NGA, and a couple of traders.

A number of people said how much they enjoyed the show, including those taking part, which makes it all worthwhile, and numbers through the door seemed OK too, so a successful event. I guess we'll repeat it all in 2-years time.
Posted by Michael Campbell at 13:30 1 comment:

This Saturday (16th) the Sussex Downs 009 Group are hosting a Members' Day exhibition, at Lancing Parish Hall. The show will be open from 10am to 4:30pm, entry is just £5 - and accompanied kids (under 16) are free. The hall is easily accessed from the A27, and close to the station and local bus routes.

There will be at least 11 narrow-gauge layouts, including Llandecwyn by our own Martin Collins. 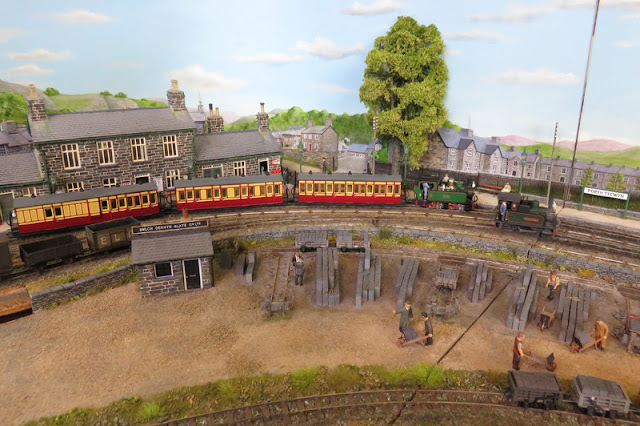 And the 2017 winner of the Alan Fall trophy, Chris O'Donohue's popular Compass Point, with a new extension to Shinglesea. 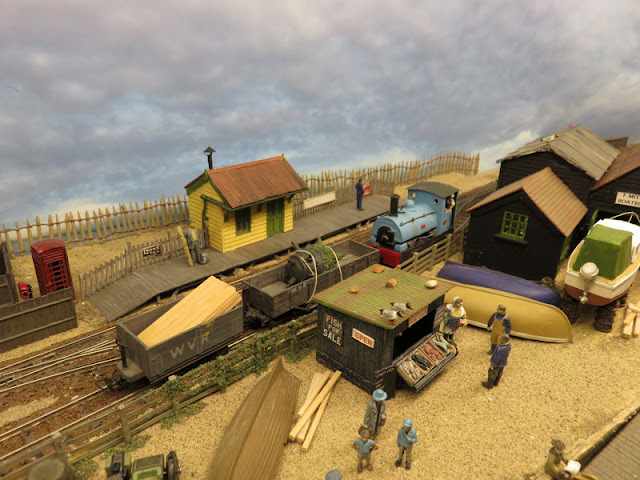 Oh, and my Son will be showing his award-winning Slugworth & Co! 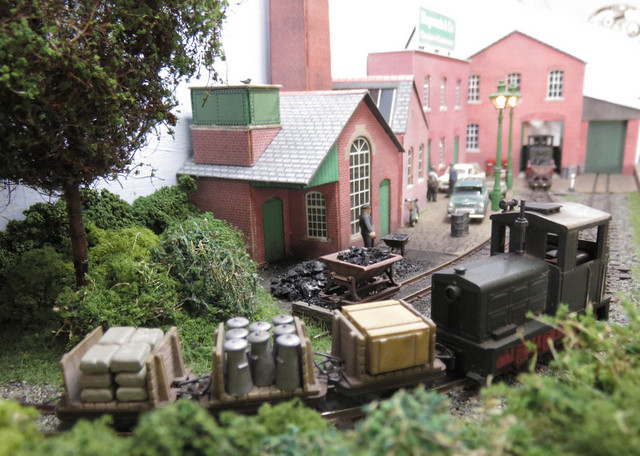 There will also be trade support including Narrow Planet, plus the popular 009 Sales Stand. It promises to be an excellent show, see you there!
Posted by Michael Campbell at 22:32 No comments: 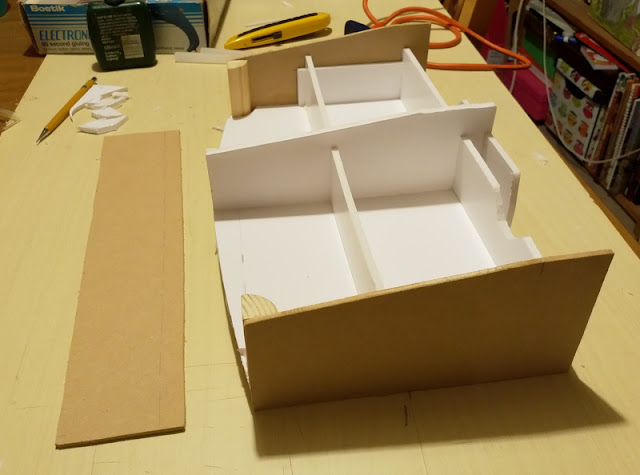 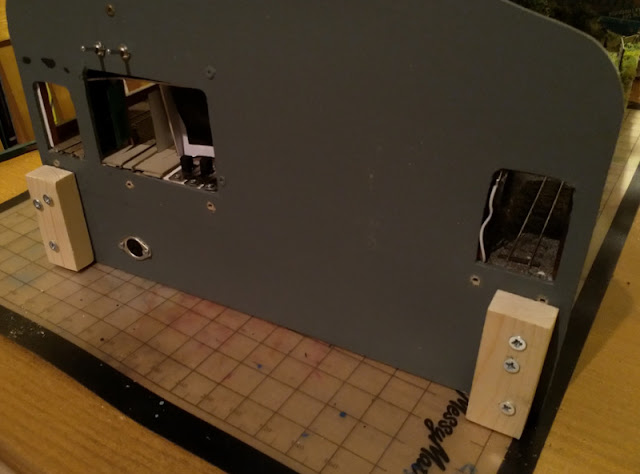 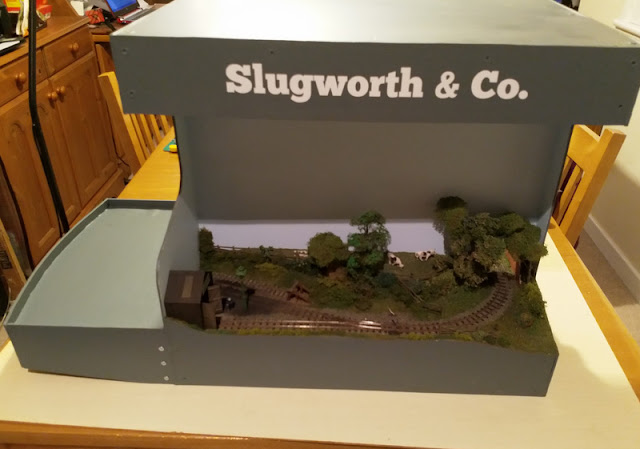 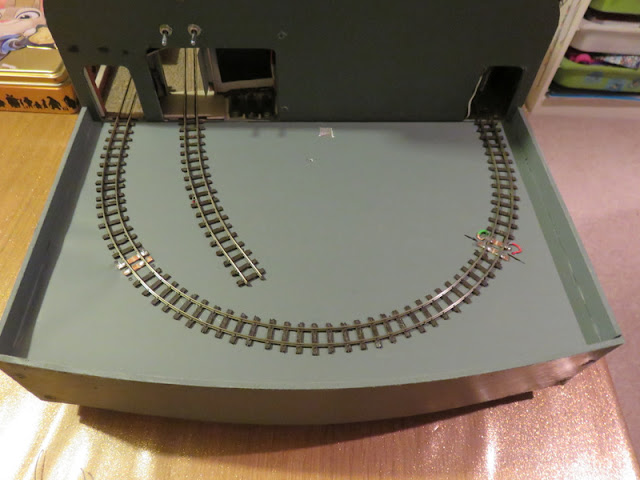 Posted by Michael Campbell at 22:28 No comments: