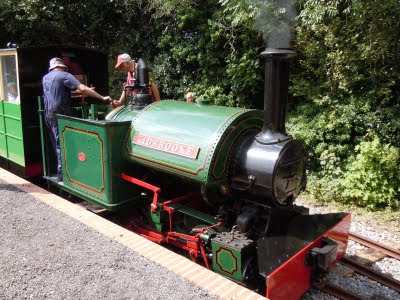 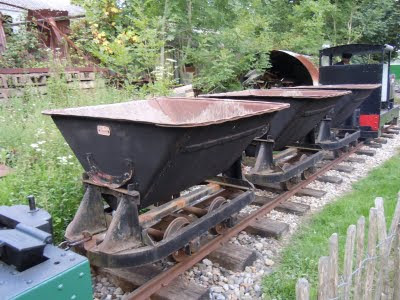 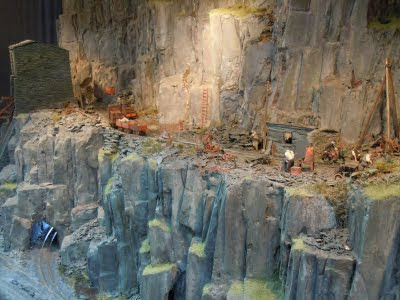 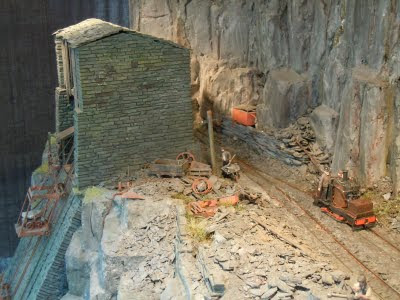 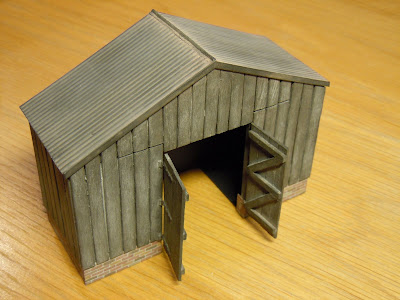 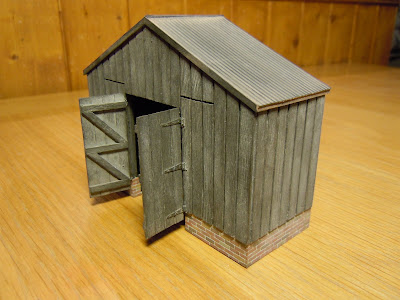 Posted by Michael Campbell at 22:41 No comments:

The making of the Octopod

For those of you without small children and who don't have to watch CBeebies, the Octonauts are a band of animal characters who come to the rescue of sea creatures using various sub-sea ships, and of course have an underwater base called the Octopod (that's the orange thing in the picture below). Now my son is mad about the show so we recently got him a magazine all about the Octonauts, including toy characters, and in the back of the magazine were instructions on how to make your own Octopod.

So having collected the required parts together - a tub from a shop-bought trifle, some of those yoghurt pots that are almost spherical, tin foil and of course a toilet roll tube, we were ready to start in true "Blue Peter" fashion. The instructions said to paint the pots orange, but of course the food container plastic refused to take paint, so I trundled off to the garage where I happened to have a can of red-oxide primer! 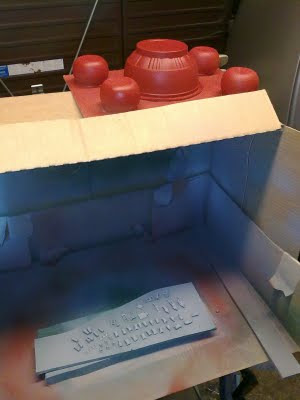 The photo contains evidence of "proper" modelling too, a batch of whitemetal details for Awngate are getting a coat of grey primer in what passes for my spray booth!
My wife gave them a couple of coats of orange poster paint mixed with PVA, the result is still a bit red but never mind, my Son and I were set for a Sunday afternoon of cutting and sticking. I attached the yoghurt pot pods using drinking straws with pipe cleaners inside, which involved a drill and a pair of pliers, they are somewhat wobbly! The printed "windows" from the magazine were stuck in place and the Octopod was ready for the Octonauts to move in! 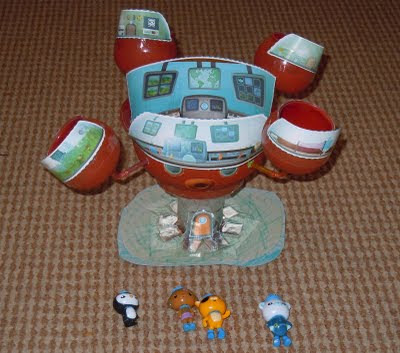 A bit of a change from "serious" model railways (not that I ever take it too seriously I hope!) but a bit of fun that should encourage a 4-year-old boy to think that making things is fun. Roll-on the Airfix kits ...!

A couple of weeks ago we were in Devon, one of my favourite places and not just because of the cream teas (although that is a factor!). The scenery is great and there are loads of things to do, even with small children, including of course the beach. This is the beach at Goodrington: 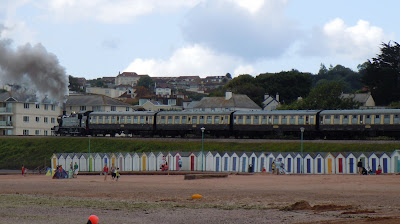 Conveniently there is a good view of the Paignton & Dartmouth Steam Railway, which runs from Paignton to Kingswear (where you can get a ferry across the river to Dartmouth). However between Goodrington and Kingswear is a large rocky hill, and as you can see the climb out of the station is quite severe. Makes the beach more interesting... 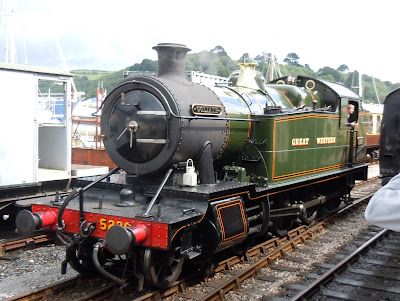 Of course we took a trip on the train (my wife is getting suspicious that potential holiday locations are being selected on the basis of nearby steam railways, I can't imagine where that idea comes from!). Close-up it is clear how such a long train was pulled up that bank by what appeared to be just a Prairie tank - it is not a Prairie, but a 2-8-0 originally built to haul coal out of the Welsh valleys!

The steep climbs, viaducts and a tunnel, along with impressive sea and river views, made for a very enjoyable trip. Let's face it, many of the preserved lines are not so privileged with their surroundings. The Dartmouth ferry made for a day out too, and we popped in to see the Newcomen steam engine at the tourist information office. I was rather proud of this shot of the train leaving Kingswear, taken on full zoom from my compact camera, across the river Dart. 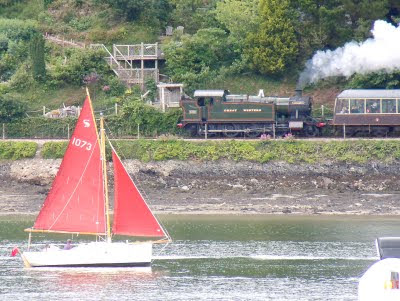 A completely different railway journey took us down the cliffs at Babbacombe to the beach! 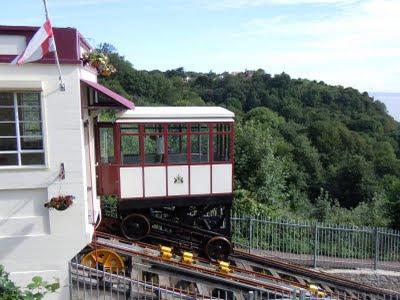 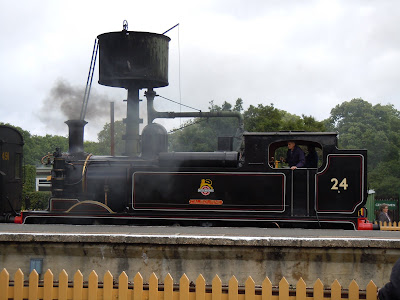 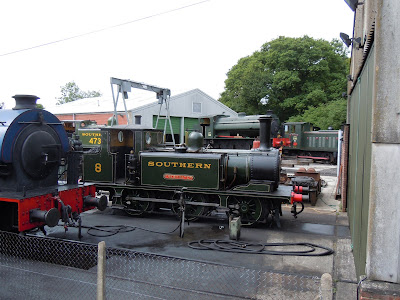 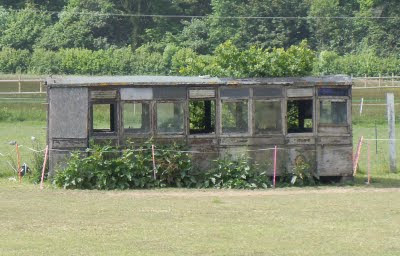 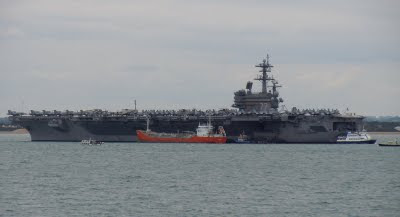