I've been looking into LED lighting for layouts for some time, with the build of Hexworthy underway. They offer distributed light in a light-weight flexible format, with low power consumption and heat output. There are potential pitfalls though, I've seen layouts far to dimly or unevenly lit, or worse still, with an unnaturally blue light (I've even seen a layout actually lit with blue LED's!).

One problem is that "white" LED's are not often white, the options seem to be "cool white" at the bluer end of the spectrum (6000K), or warm white (3000K) which is much more yellow. I find the cool white is too blue, and while the warm white is more preferable it is rather too yellow - more Mediterranean than British! However I recently found that it was possible to get "Natural white", which at around 4000K is somewhere between the two. 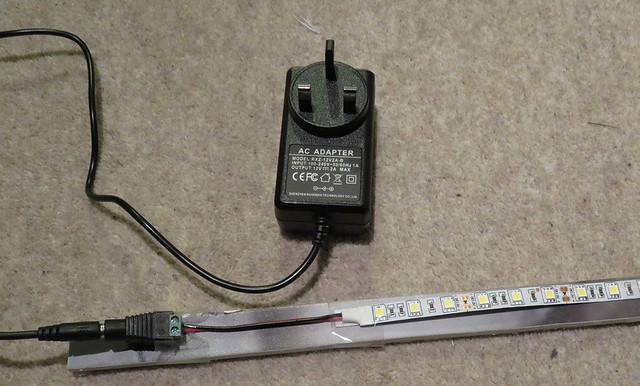 So here's what I bought:
The adaptor came with a socket fitted with screw terminals, allowing easy connection of the LED's. I cut about 50cm of the LED strip and stuck it to a strip of foamboard to experiment. 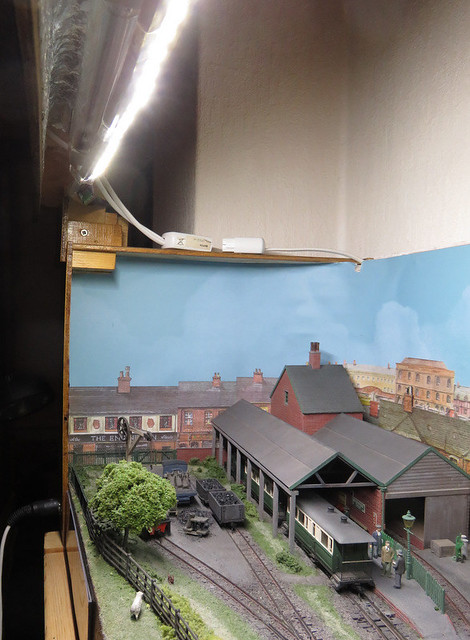 This assembly was then roughly taped to the lighting beam above Awngate, at a slight angle towards the rear, to see how it looked. 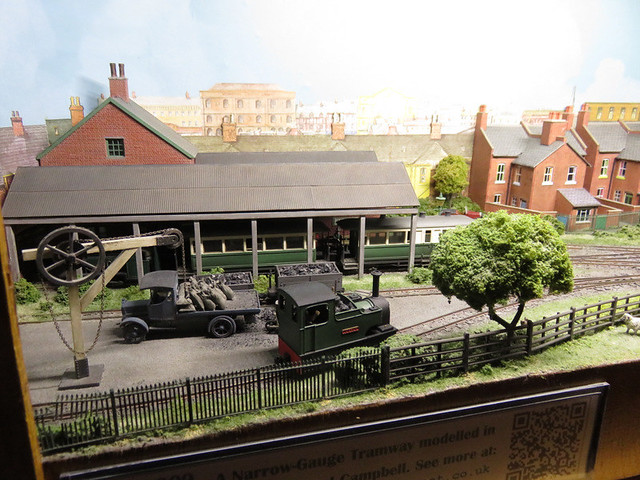 The result looks good, the colour does look "natural" to me, and while far less yellow than the tungsten strips used on Awngate, it does not have the blue tint of cool white LED's. Placement may be better - objects near the front are in shadow - and shadows are a little harsh, but otherwise light distribution looks OK. 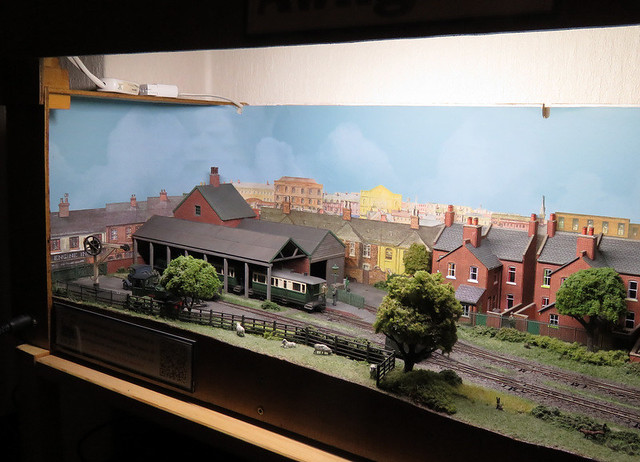 The effect in a darkened room looks good to me. I wasn't sure if it was bright enough at first, so how does it compare to the existing lighting? 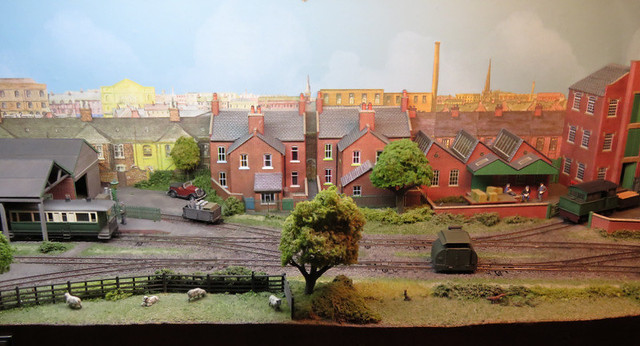 This shows the layout lit with the LED strip on the left side, and the existing 30W tungsten strip lighting the right hand end (the one at the left end is switched off). The difference in colour balance is obvious, the tungsten light is much more yellow - cheerful and summery perhaps, but less realistic. Brightness seems reasonably consistent to me, although the LED light may be less well spread, and shadows are perhaps a little sharper. So a 12" deep layout may be adequately lit by a single strip of LED's, but using more lights and possibly use of reflectors and diffusers might spread the light better. 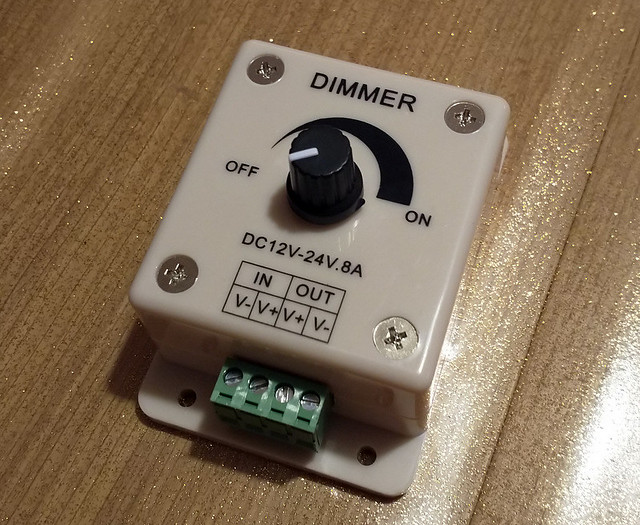 I also got this dimmer switch (link), mainly because it was so cheap. I wonder if it may be helpful if adding more LED lights to dim down to what is needed. Also I suspect that the small power supply I got will do for very small layouts, but I may need to get a bigger power supply for larger layouts. More experimentation to follow, but I am happy with the colour balance of these lights.
Posted by Michael Campbell at 22:39 1 comment: 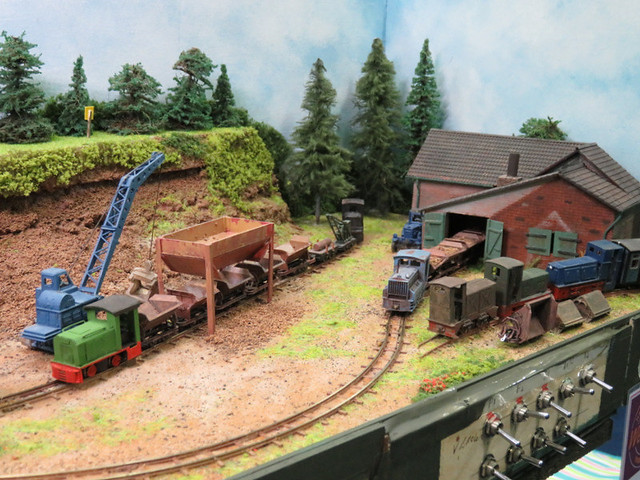 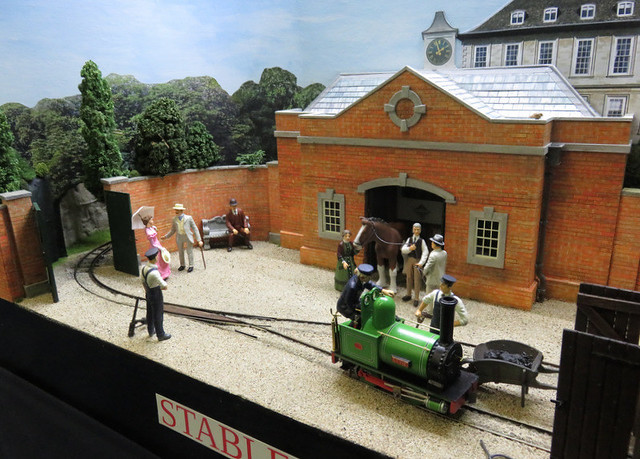 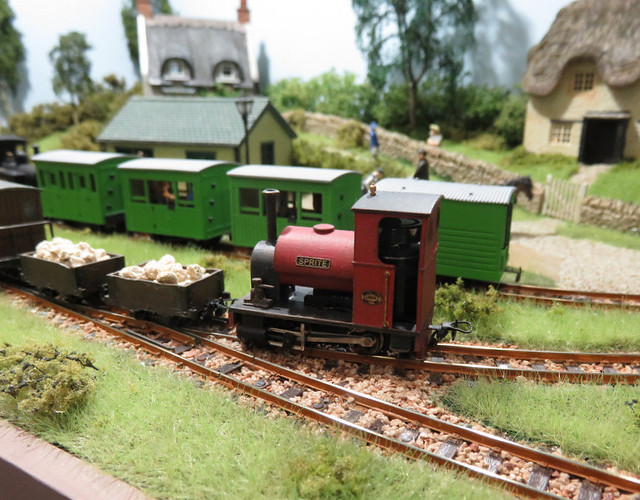 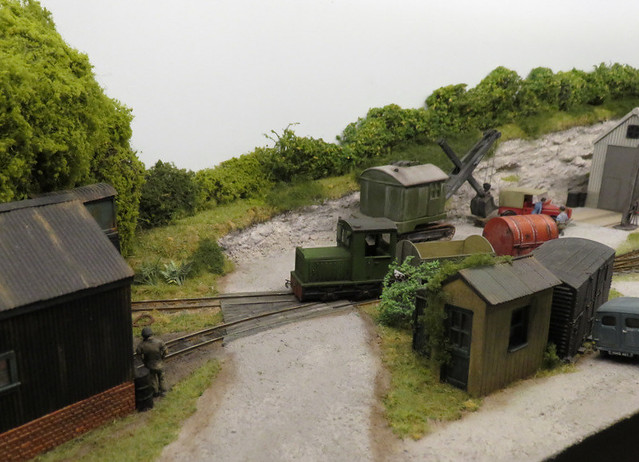 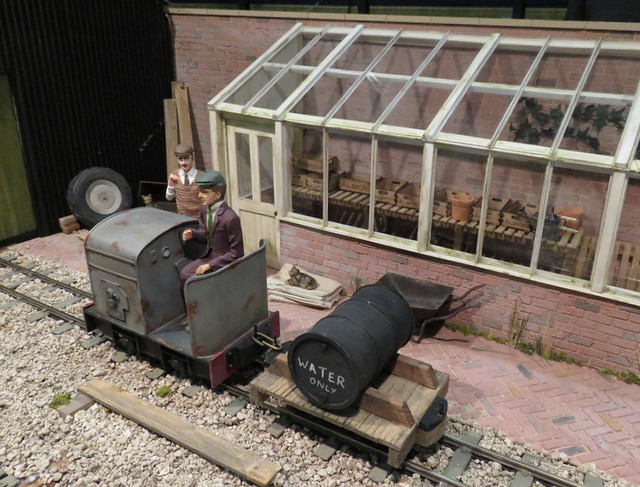 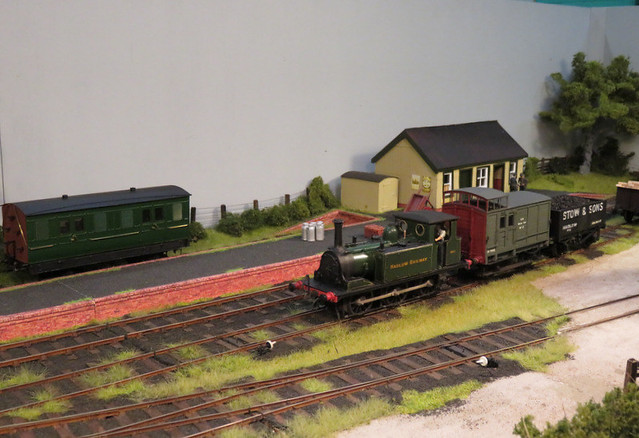 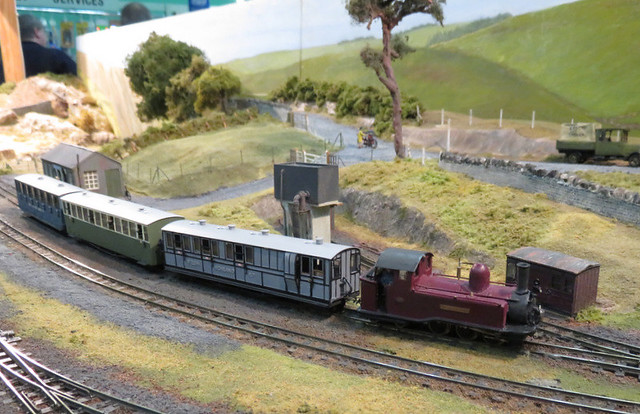 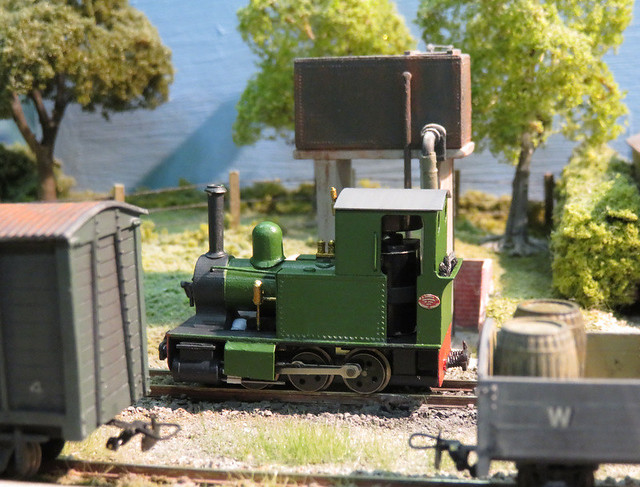 There were loads more layouts I could put here, but too many to put in a post, so see the Flikr album for the rest.
Posted by Michael Campbell at 23:38 No comments: