While on holiday in Weymouth last month we visited the Nothe Fort - a great day out - and came across an exhibition being held in one of the lower rooms. It consists of the work of one man, Phil Warren, who started making models of warships to a scale of 1:300 in 1948. He uses only matchsticks, and the wood from matchboxes, as his raw materials, and the simplest of tools - a razor blade, steel rule, and a hat-pin! 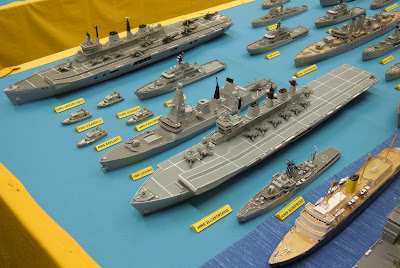 He has made models of just about every British Navy warship since 1945, and of many of the US, French, and other nation's fleets too. The scale of the combined "fleet" is staggering! 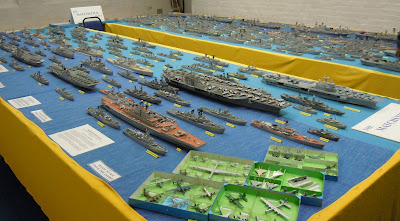 That big carrier in the middle is a US Nimitz class, which does rather dwarf everything else, but even that is under 2 feet long. Most of the ships are around 6 to 10 inches long, the aircraft carriers about 18 inches. This is a small scale, but that doesn't mean the detail isn't there - in the foreground you can see some of the aircraft Phil has made to accompany the ships. Yes, each one is hand made from matchsticks, even down to the working propellers! 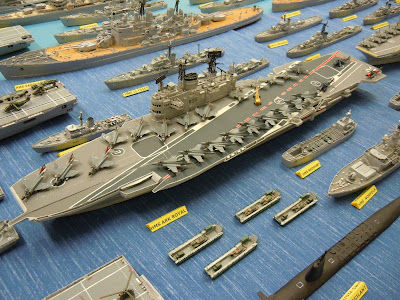 This close-up of HMS Ark Royal, surrounded by a number of other Royal Navy vessels, I think shows the level of detail attained. Remember each plane is around an inch long. 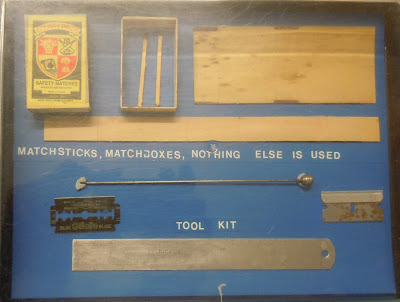 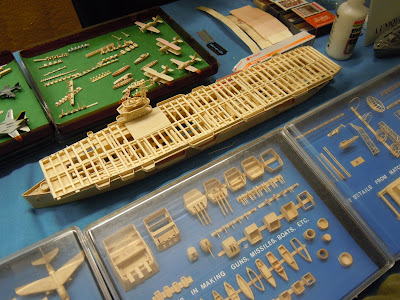 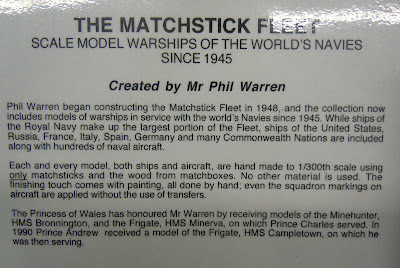 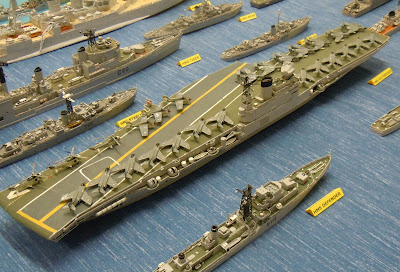 As I leave you with HMS Victorious, I can only have huge respect for the skills of this guy, having had a go at some matchstick "kits" when I was a kid I just got them stuck to my fingers!

Posted by Michael Campbell at 00:57 No comments:

The Olympic Flame in miniature

After watching the Olympic Flame pass by our house earlier this week, this is what the children have been playing the last couple of evenings...! 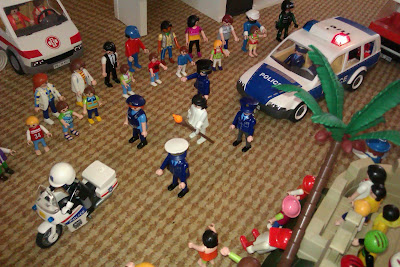 Like it or not the Olympics will be dominating the news for the next few weeks, but it is hard not to get enthusiastic for the torch relay when it passes a stone's throw from your house! 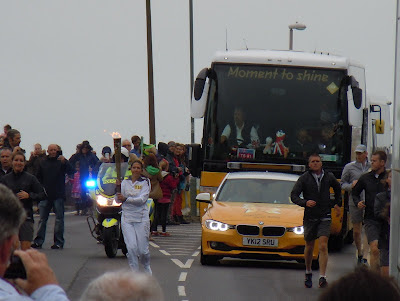 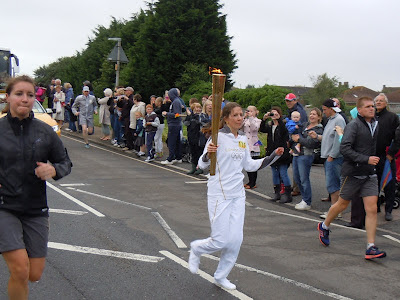 If you are looking for a Railway connection in this post ... er ... the first photo shows the Olympic flame passing over the Brighton to Portsmouth line. Will that do?

Amberley in the rain 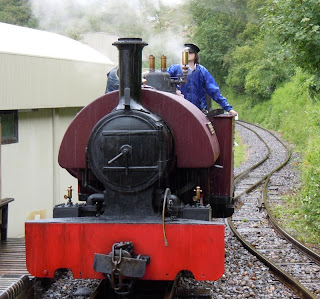 Saturday was typical of this summer - grey skies and rain varying between steady, heavy, and torrential. So not ideal for the Railway Gala at the Amberley open-air museum! I was there helping the Sussex Downs group with the 009 society stand - and Mark Holland's Spirit of Welshpool layout. Fortunately the model layouts were indoors... 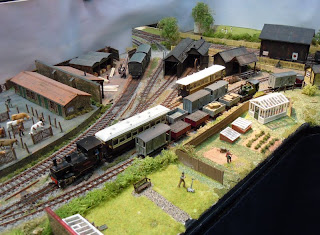 Welshpool is a great layout to operate, well, once we got it all working. Despite all points having their frog polarity switched by the motors several didn't seem to switch when required, resulting in intermittent dead sections. Also two different locos at different times stopped completely dead, with no amount of cleaning wheels and fiddling pick-ups making any difference. Then they suddenly started working again... in the end we just blamed the damp. Mind you I've come to the conclusion I am a pretty poor operator anyway, always forgetting a switch and making the wrong move. Mark has written an operating sequence - which works well provided I followed the steps! 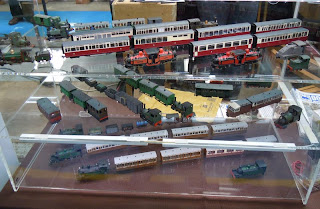 Since I had transported the showcase their I also set it up, so you will see some of my stock on the middle and upper shelves. However the Ffestiniog coaches and locos on the top shelf were built by Rob Waller of Bron Hebog, and owned by John Reeves. (John is the chap in the blue mac on the loco at the top of this post). 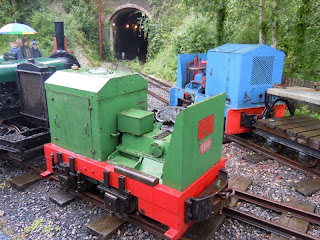 The weather outside was pretty wet, but I did venture out to see the proper trains too. Amberley is like a full-size train set for kids who like industrial narrow gauge! With a kit for an O&K in the to-do pile I was on the look out for a real one ... and here I found two, with a third just out of shot.

There was a steady stream of visitors but it never got busy, I'm sure like so many events this year the weather will have affected visitor numbers. Hopefully the Sunday will have been much better as it was at least dry. Anyway, if you didn't make it there are a few more photos here.
Posted by Michael Campbell at 23:50 1 comment: 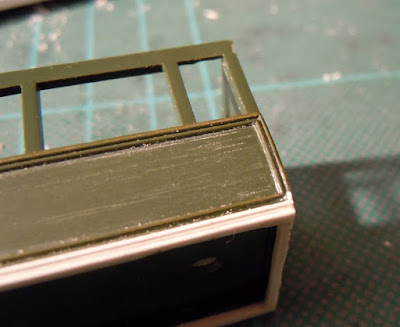 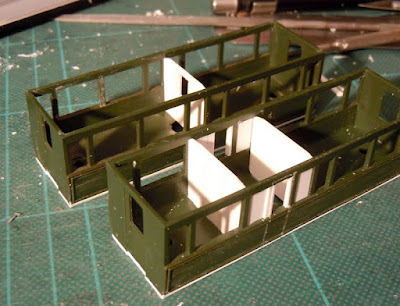 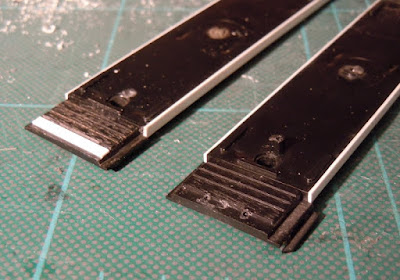