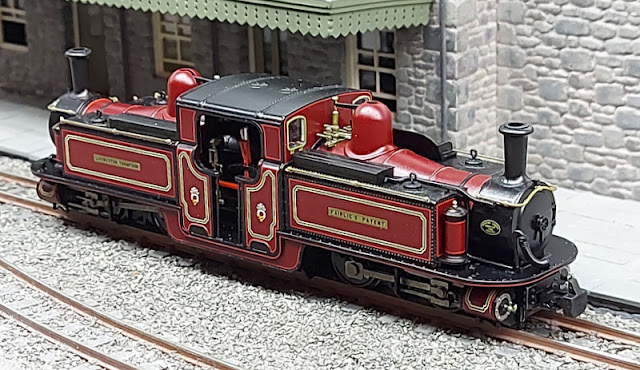 The release of the ready-to-run Double Fairlie by Bachmann just a couple of months ago took 009 modellers by surprise. I built a Langley kit in my teens though it no longer works too well, and compared to the Bachmann model it looks rather crude. The Ffestiniog Railway is a long favourite of mine, and so a Fairlie had to be on my Christmas list! The model is superb, highly detailed with a fine paint finish, and I'm sure it will look good pulling a train into Hexworthy, even if it isn't in Wales... As well as the Fairlie, I was given a rake of Peco skip wagons for Christmas, and another item of rolling stock... 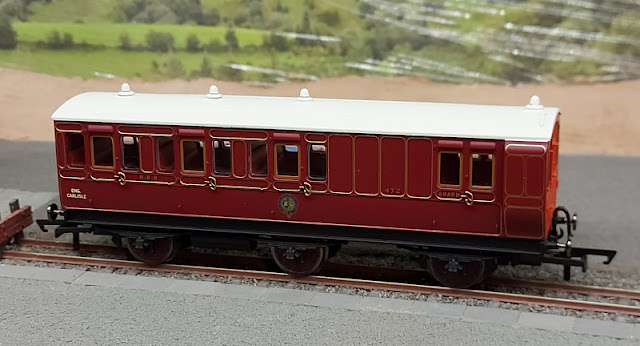 A fine model of a 6-wheel brake coach by Hornby. OK, I might not have a layout I can actually run this on, since it is standard gauge, but I do have a collection of industrial locos so I will have to build one someday, won't I? The coach even has lighting - wave the magnet block over the roof to turn them on and off, very neat. There is some light bleed through the plastic sides, I'm sure a little paint over the inside will fix that when I get around to fitting passengers.

My modelling output has been pretty slow this year (OK, almost non-existent) but perhaps next year will be more productive?

Posted by Michael Campbell at 00:02 No comments:

The Snowdon Mountain Railway is unique in the UK being a rack railway, climbing steep gradients using a gear on the rack. While it is a well-known 19th century narrow gauge steam railway in the heart of North Wales it is quite different to all the others in purpose, design, and equipment - all the steam locos are Swiss-built and somewhat unusual. As such it is perhaps rather overlooked by enthusiasts. 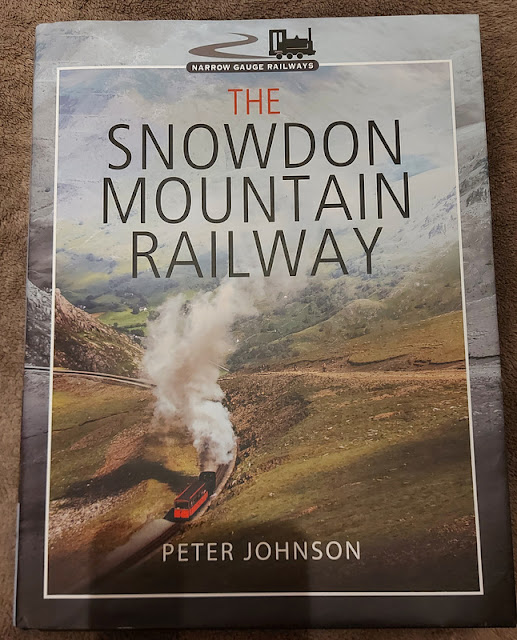 Peter Johnson is a prolific author of books about narrow gauge railways including several in North Wales, and in this book he gives the Snowdon railway the same type of detailed history. From its inception and unusual birth (without act of parliament), the opening day disaster (!), the early days of tourism, survival of two wars, through increasing popularity in the late 20th century to being a major tourist attraction, the story is fascinating and at times unexpected. The story also includes the key people involved in the railway and its changes in ownership, its equipment and infrastructure, and operation. 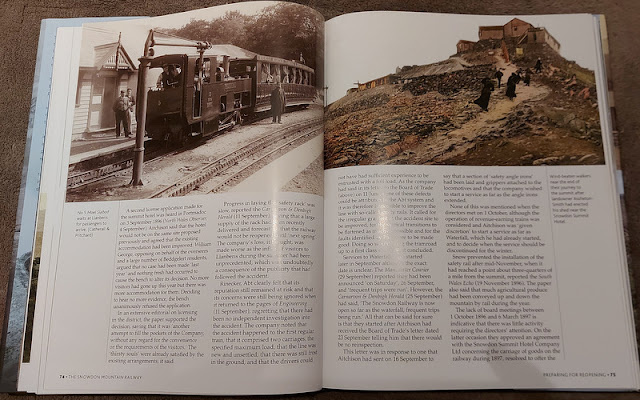 The hardback book has 260 pages packed with well reproduced photos - mostly period, and some quite dramatic - accompanying the well-written text. There are also maps of the area inside the covers, and reproductions of the maker's drawings of the original locos, carriages, and track. While it may not be a definitive history or a modellers handbook, it does contain everything you would expect of a narrow gauge railway history. 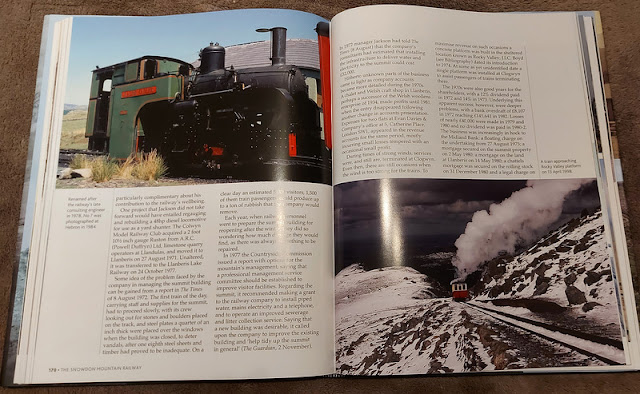 I've never travelled on this railway despite having holidayed in the area, but having read its fascinating history I do hope to in the future. It may be very different to other narrow gauge railways in the UK, and operates more as a commercial tourist attraction (which it is, and always has been) than a heritage railway, but it does have its own character. This book reveals that character, and does so in an interesting and engaging way. This is a book worthy of a place on an enthusiasts bookshelf, but will also be enjoyed by a wider audience as so many will have experienced the railway and have fond memories, and perhaps as a talking point on a few coffee tables too.
Posted by Michael Campbell at 23:53 No comments: