At the end of last month I took Awngate to the Pevensey Bay exhibition, and how remiss of me not to have reported back! Generally the layout performed well, but I did have an unusual number of unplanned uncoupling incidents - something the Microtrains couplings don't normally suffer from. It was a fine summer's day, which meant it got rather warm inside the village hall, and I wonder if that was a factor - weakening the springs or reducing the friction perhaps. At one point I also had an isolation switch which was on in both positions... but was working normally a few minutes later. 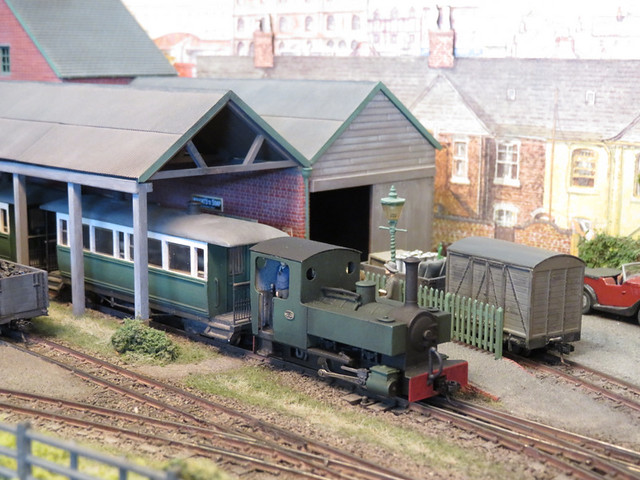 No problems with the locos though, and here's the new Hudswell Clarke making ready to depart with a passenger train. 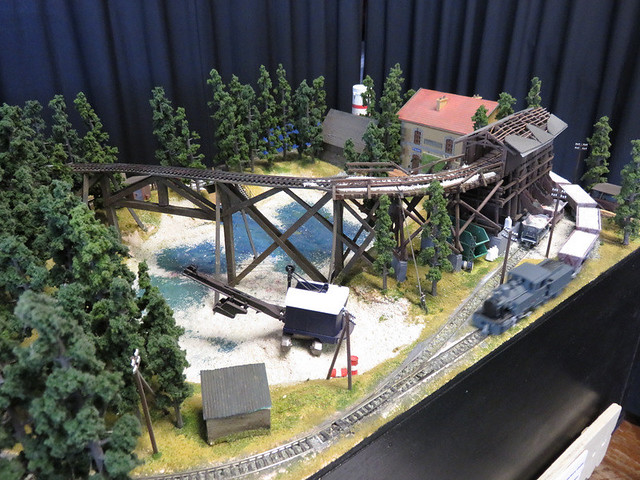 Although not a large hall it was packed with layouts. Next to us, and the winner of the public vote, was Salzgrabe, an HOe salt mine scene, by Andrew and Simon Chant. It had 4 separate circuits with trains running on each, plus loads of details and working features. My son commented that it wouldn't be interesting to operate (I've trained him well!), that's true but it's an exhibition crowd pleaser and nicely done. 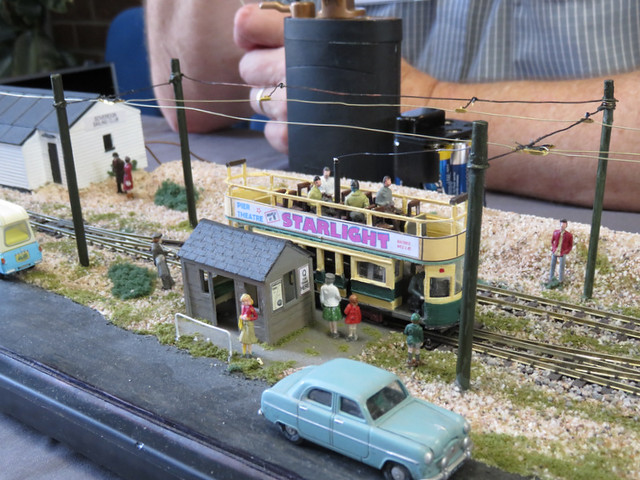 Eastbourne Remembered was a very small, simple, but interesting tram layout of the long-gone Eastbourne trams, by Derek Smith. I didn't even know they had trams! Although listed as OO it's clearly 009, and I notice from the photo that the controller is built to look like a tram controller! 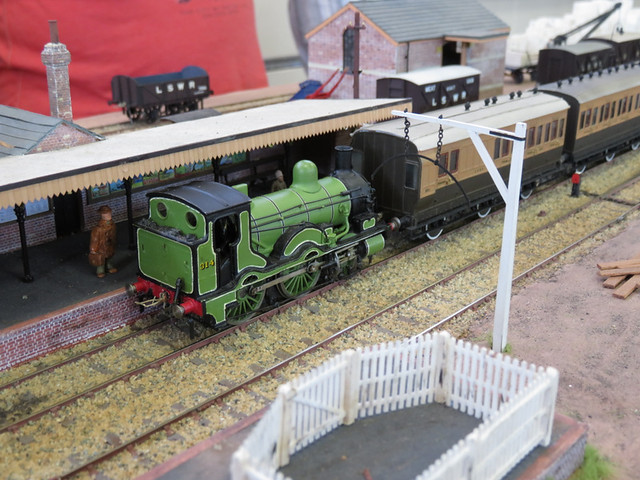 This fine P4 layout is a model of Seaton by Simon Harris. The scenery is well done but really could do with some kind of backscene, the locos and stock is excellent.

That's just a few highlights, there were lots more excellent layouts and I was happy to see Narrow Gauge well represented, so feel free to browse more photos of this event.
Posted by Michael Campbell at 23:29 4 comments:

A good few months back I'd responded to an appeal for articles for the 009 society magazine, 009 News, by writing a short piece about Awngate. I'd forgotten about that until I opened a brown envelope today to find my layout featured - including the cover photo! 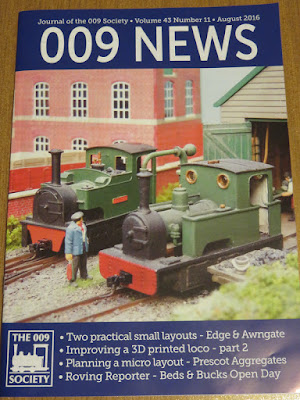 Also featured in this issue is Edge, by my friend Chris Ford, so it's a good month for small layouts. The 009 news is a top quality magazine, so if you're interested in narrow gauge modelling in the smaller scales do join the 009 society!
Posted by Michael Campbell at 22:56 No comments: