I got over to the Bognor show on Saturday with my Son, who was desperate to spend some pocket money. There was a lot of trade support - though many of the stands were flogging similar stuff so I don't know how they got on, but Joshua found a nice wagon and I picked up some bits and bobs - I do find it hard to pass the Squires stand for one thing!

I was rather taken with this layout by (prolific layout builder) Andrew Knights called "Summer Springs on the New Cut", depicting a small (real) piece of the Norfolk Broads in OO. Despite being a very simple layout it was full of atmosphere and captured the area perfectly. 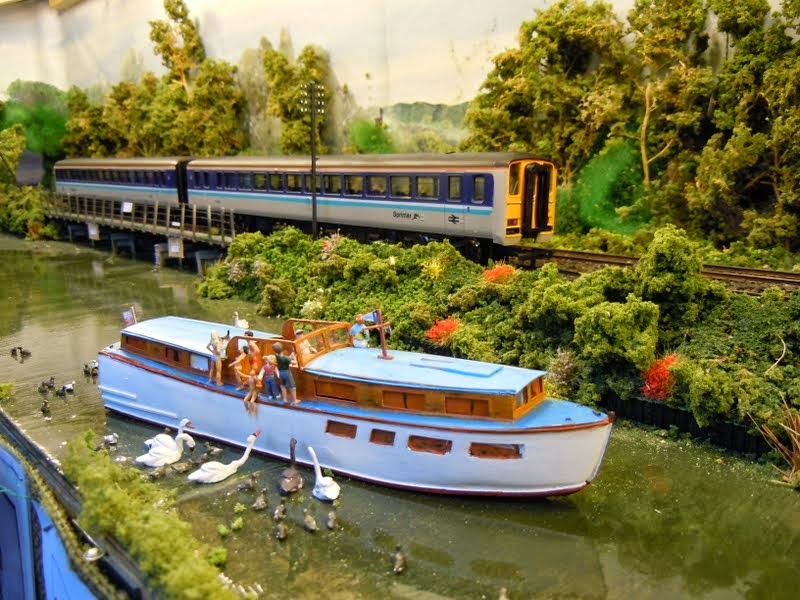 It even features the Coot Club. 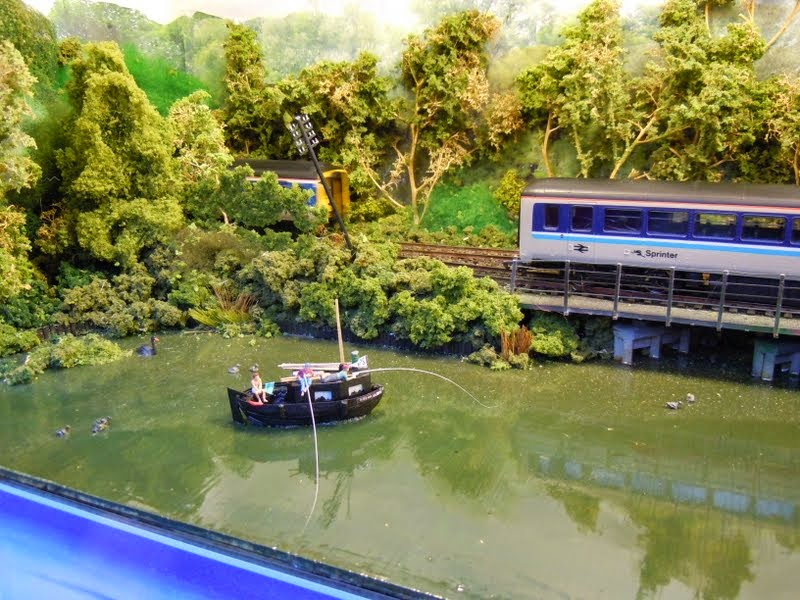 "Lulworth Camp" (Mike Walshaw) also in OO made for a different take on a branch line terminus, with military railway operations adding interest and traffic. 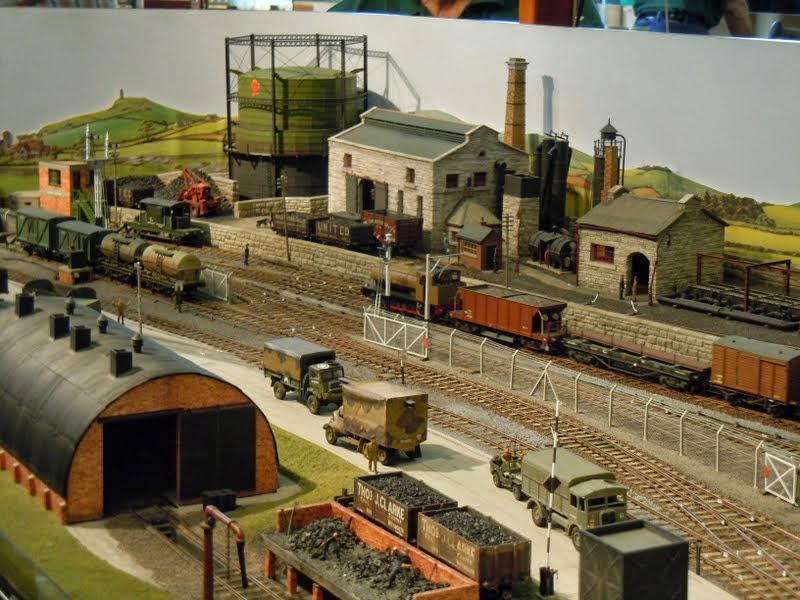 "Selsey Town" (Keith Smith) is of course right up my street. It's not narrow gauge but as a tramway run by Colonel Stephens it had quirky stock and operations. The modelling here is superb - and 7mm scale allows lots of detail, though perhaps compromises the spacious open feel of the prototype. It is also very local to the exhibition venue! 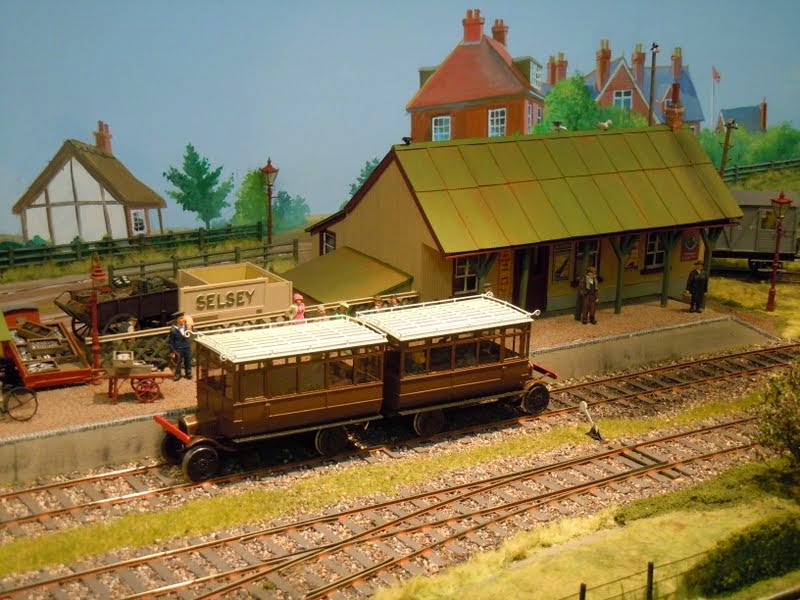 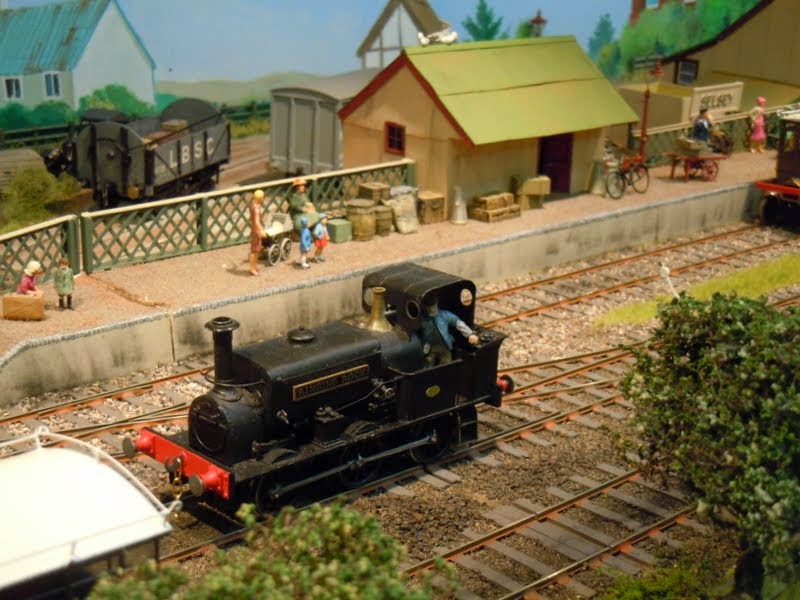 This 7mm NG and SG interchange "Goosemoor Station Stores" (Tom Snook) is based on a real location on the West Somerset Mineral Railway. It's an attractive and interesting model, with some very nice industrial locos in both standard and narrow gauges. 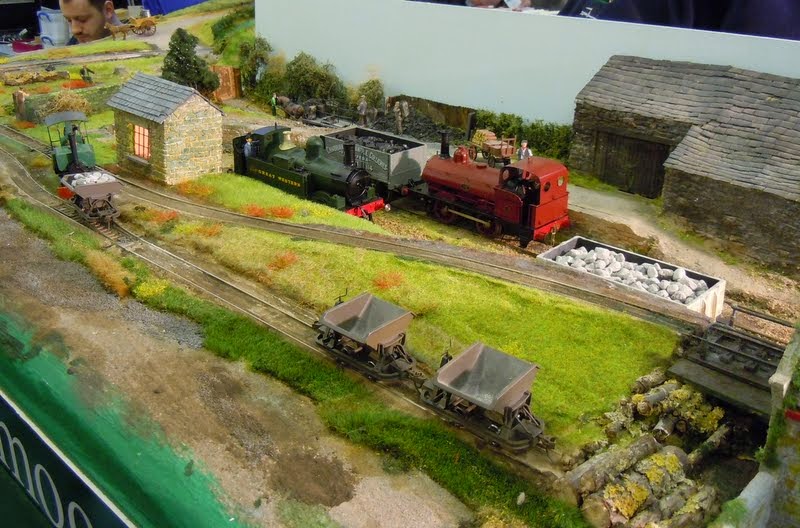 There's a few more photos here. Meanwhile I'm progressing with the Atkinson-Walker loco, so I should have an update shortly.
Posted by Michael Campbell at 13:44

I like "Summer Springs on the New Cut". The first thing I thought I'd when I read the name was Coot Club as I recently read it to my daughter.