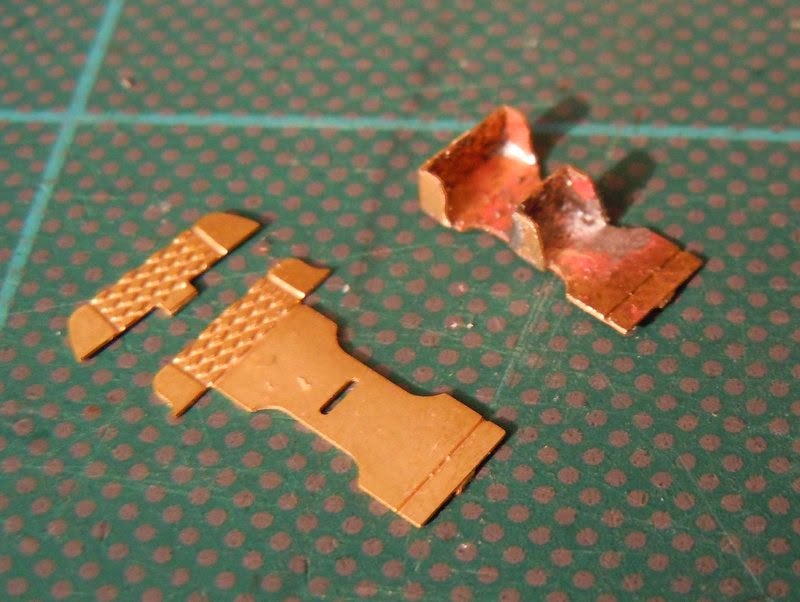 The only solution was to narrow the step. One "end" was cut off, the step cut short to match the narrow part of the vertical plate, and the locating tab shortened. Soldering the remaining tiny pieces together was rather fiddly, and I've got rather too much solder in there, but it worked and looks OK as long as you don't look too closely! The steps were then soldered to the underside of the body, behind the valance and in line with the cab entrance, and the plastic chassis support lower footplate was trimmed to clear. 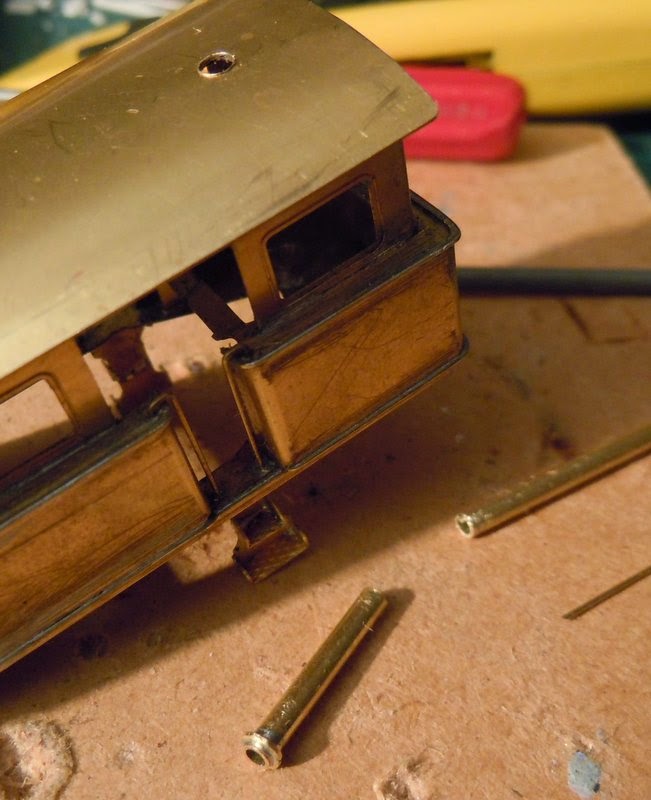 Next the chimney, which is not very clear from the drawings and barely visible in any photos, so there is some guesswork. I found some brass tube, 2.3 mm diameter which seemed about right, though the hole in the roof needed filing out to accommodate it. To give it the impression of some kind of cap I made a loop of brass wire a tight fit around the tube, and applied plenty of solder. A little filing afterwards tidied it up and gave it a more probable shape. Since it is barely visible in photos it can only just have protruded through the roof, so I set it low to the roof and soldered it in place from behind. The nice thing about this is the chimney can be seen continuing through the cab. 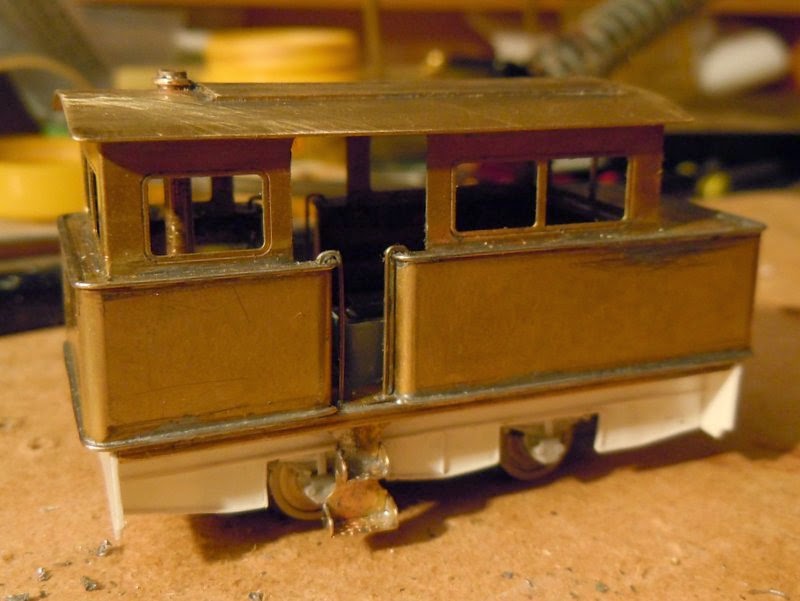 The other roof feature which is also hard to make out from the drawings and pictures - though it protrudes enough to be noticeable - is the large plate or raised section. I found a piece of scrap brass the right width, and about 0.5mm thick, which was cut to length and curved to match the roof profile. Soldering it in place really tested the capability of my 25W Antex iron though! 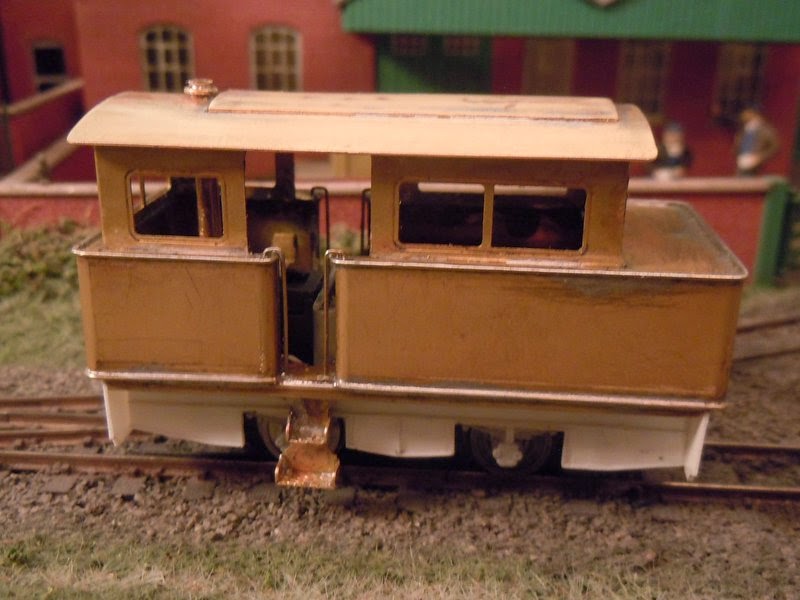 The roof features and the steps really do start to give the model some character. I think that's all the soldering done now, so the body is being cleaned of flux, and I can add the final details to the chassis.
Posted by Michael Campbell at 15:53