So here's a project I've already got on the go, albeit progress has been rather slow the last couple of months. I had a Halling chassis and having read the book on the Redlake Tramway, I thought an Atkinson Walker Steam Tractor would be an interesting model. These were vertical-boilered chain-driven locomotives, like the better known Sentinals they used road-vehicle ideas from the time, to make efficient and cheap shunting locomotives. Most were standard gauge but two were built to 3' gauge - the more famous one ended up on the County Donegal Railway in Ireland, where later rebuilt as a Diesel it was named Phoenix. More about that here, where I found this picture of the Redlake loco.

I'd wondered about a scratch-build in plasticard, which shouldn't be too hard apart from the curved corners. I might then have scaled down the body slightly from the 3' gauge versions, however looking at the dimensions I figured that although large, I could just about get away with it in 009. So to make life easier I picked up the Worsley Works scratch-aid kit at EXPO-NG. 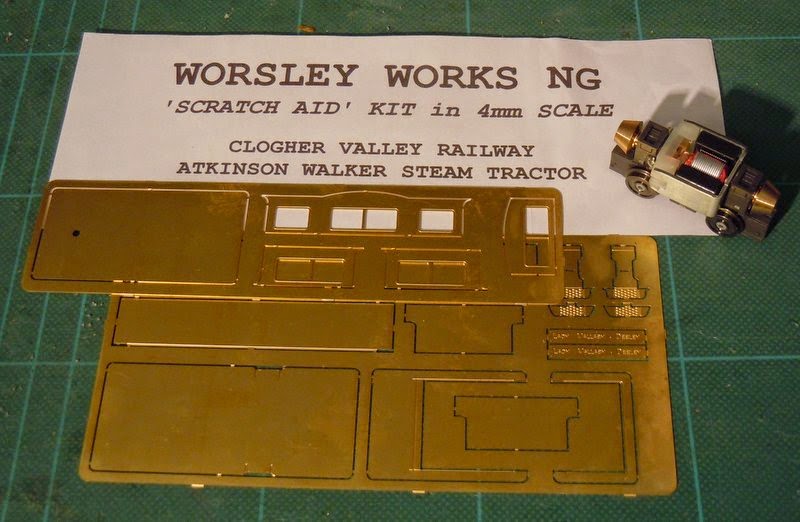 As usual for these kits there's some etches for the body - and that's it, no under-frame parts, details, or instructions. The parts are obvious enough though, once I'd figured that the half-etch rebates in the top and bottom of the sides were to go at the outside, and allow beading to be added. So first I cut a hole in the footplate for the chassis to fit, then with the sides carefully curved around and soldered to the footplate and the tank-tops I found some 0.5mm brass wire that fitted into the rebate. 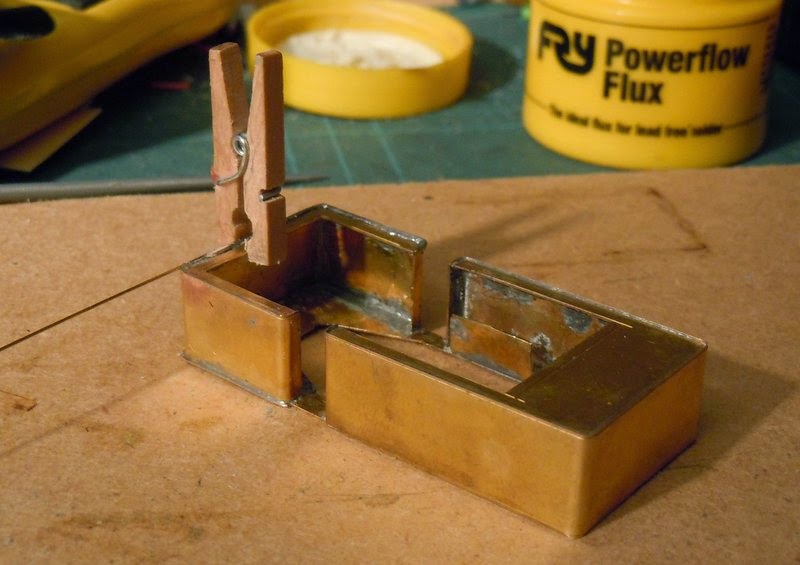 Bending to size, fitting, and soldering the wire was not a little fiddly! Some miniature clothes-pegs (no it isn't a 16mm scale model) from my wife's card-making oddments came in useful. 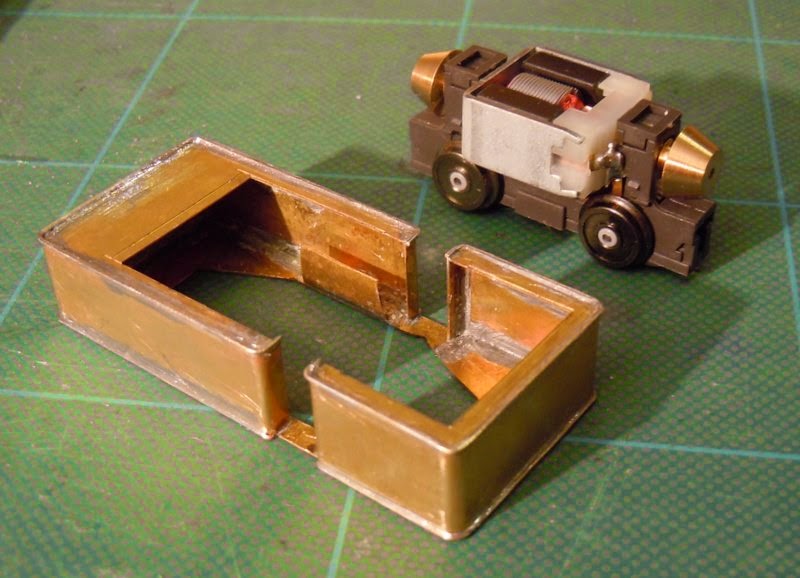 So the lower body looks OK, though there may be some more cleaning up of excess solder. I've got hand-rails to add in the doorways, then the upper body (windows) and roof to solder on. The roof will restrict access, though the body will be floppy without it, so I need to figure out what's going on below and inside first!

I have added a couple of brackets inside from scrap brass to centre the chassis in place, but I haven't yet figured out how to attach it. I tried making up brass clips to fit into the ends of the chassis, but that's tricky. I also need to make the underframe, which may be narrower than the motor, so I'm thinking of making frames and buffer-beams as a plasticard sub-assembly to which the chassis clips, and can be bolted to the body. Those springs are quite distinctive, any suggestions for suitable mouldings?
Posted by Michael Campbell at 23:07