At the weekend I'd managed to pick up some square section brass for a more reasonable price than I'd been able to find it at the Bognor show. This is just what I'd been looking for to make the valance along the bottom of the body, though at 1.6mm square it is slightly over-size it looks fine. This was carefully cut to length and soldered on. 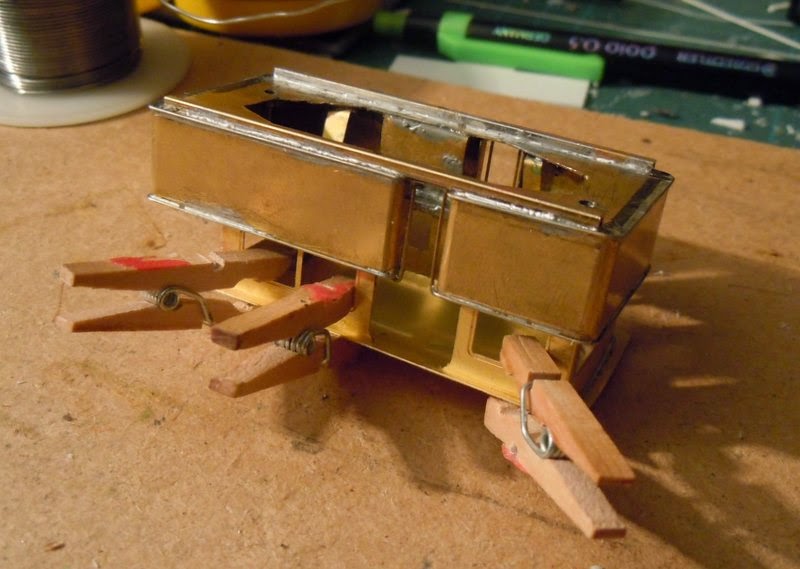 With that done I could solder the upper body in place, taking great care to get the pieces vertical and fitting together. The roof took ages to roll, being quite a thick piece of brass - perhaps I should get some rolling bars, but the fingers/pencil/carpet along with holding one edge in a vice got me there eventually. Those mini pegs came in useful again, soldering the roof in place was easier than I'd feared. 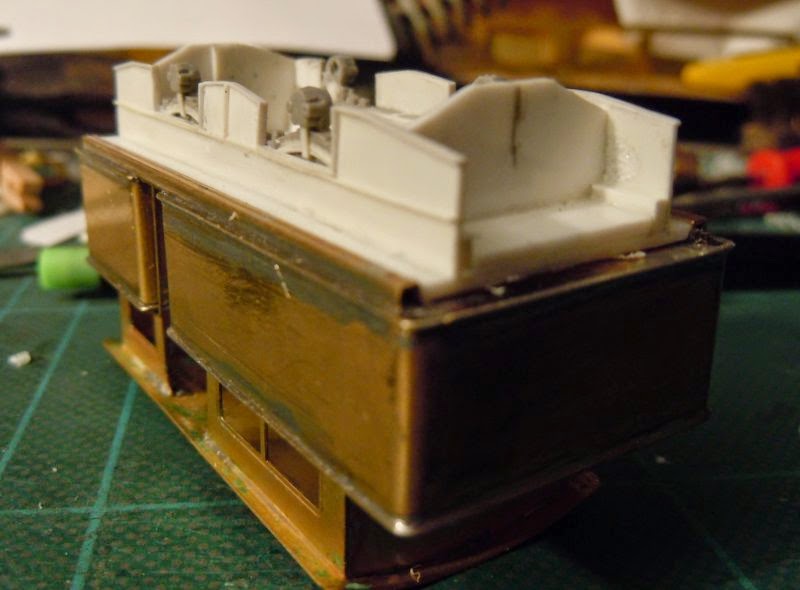 The brass section valences actually do lot to keep the body rigid, particularly through the doorways, which helped when adding the roof. They also help locate the under-frame (which needed a little filing to fit nicely) and hides the lower plastic footplate. 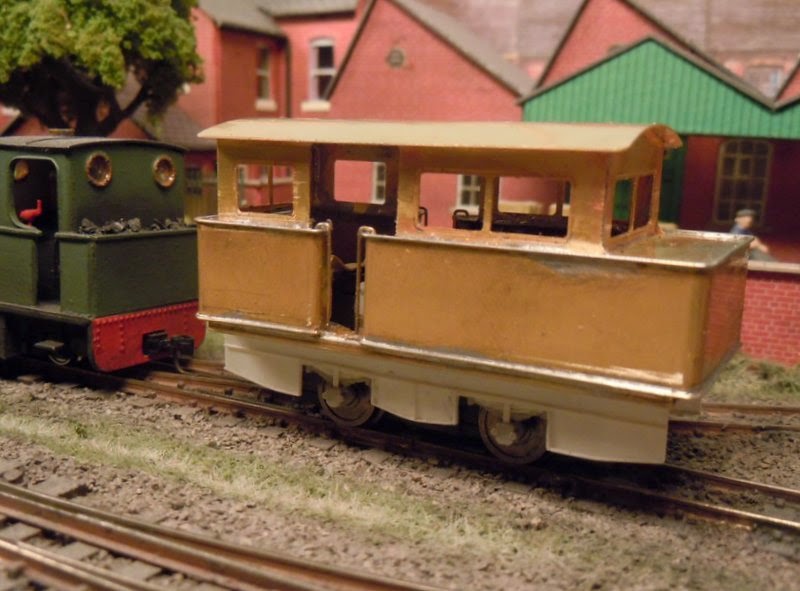 So I couldn't resist posing the assembled loco on the layout. It is certainly large - not surprisingly for a 3' gauge loco modified from a Standard Gauge design - however it isn't so far off some larger stock that I have. I'll have to compare it to a GVT tram loco, which are quite bulky. 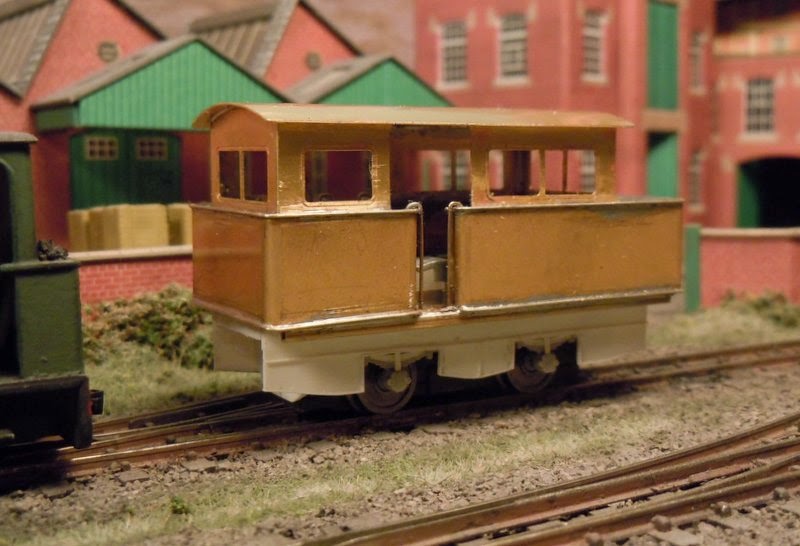 There's still lots to do. The drawings show a large plate or raised area on the roof - it's barely visible in photos, as is the top of the chimney, so I'm not sure what these should look like or how to make them. They will add a lot to the model though. I also need to solder on the steps, then it's on to detailing like the water filler cap (again it's not visible in pictures), cab doors, and perhaps some basic interior detail. Brass etched buffer beams are provided, but to the profile of the Irish loco rather than the Redlake one, so I've started cutting some from plastic which will attach to the under-frame, and need to allow for couplings. The under-frame also needs sand-boxes and a few other details to finish.
Posted by Michael Campbell at 13:56