One layout stood out at Uckfield, even though it was amongst many top-quality layouts, and unsurprisingly it was voted best layout by exhibitors and public - despite not being on a popular theme but being narrow-gauge, in an overseas setting, and with relatively few trains. The layout was De Graafstroom, in HO (3.5mm ft) scale and 12.26mm (scale 3' 6") gauge, by Vincent de Bode, Peter van der Kooij, and Claude Moinier from the Netherlands. 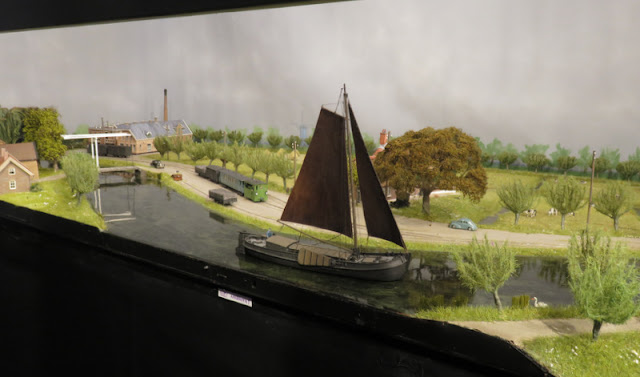 As you can see the model depicts low-lying Dutch countryside with a river between raised banks, a narrow gauge railway on the far bank, a few dutch houses and "big skies". A very attractive composition I think you'll agree. 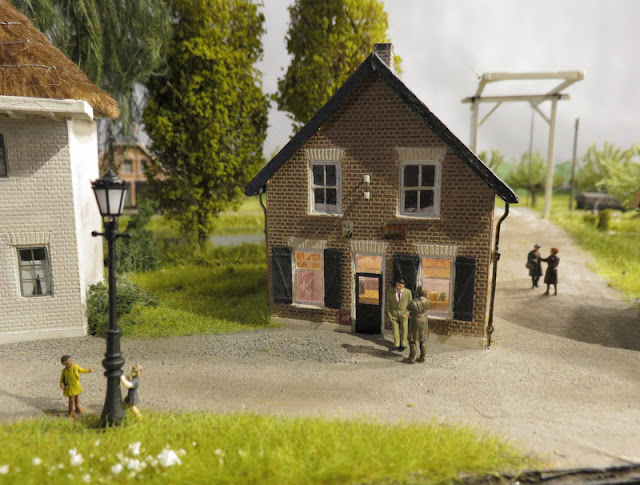 The standard of modelling and level of detail is very high - don't forget this is HO. 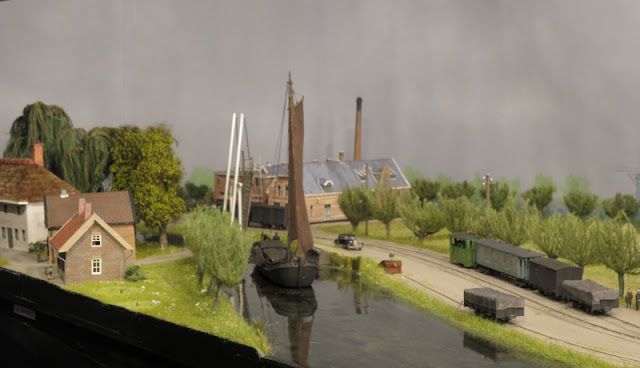 But the real "wow" comes when you see the bridge lift, and the sailing barge slips gracefully into view. We've all seen layout animations before, but I've not seen something this bold on a layout of this standard in a long time - if ever. 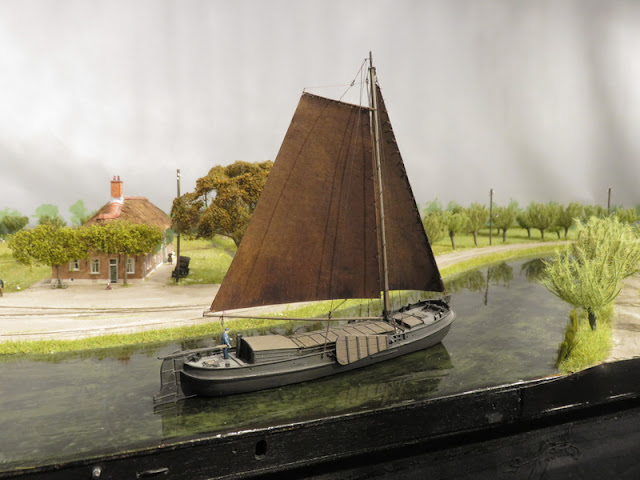 The barge is beautifully modelled. Apparently underneath are motorised wheels, guided by a Faller roadway-style magnetic steering mechanism following a wire in the river, yet this is all so well hidden and smooth and silent in operation that the illusion is convincing. 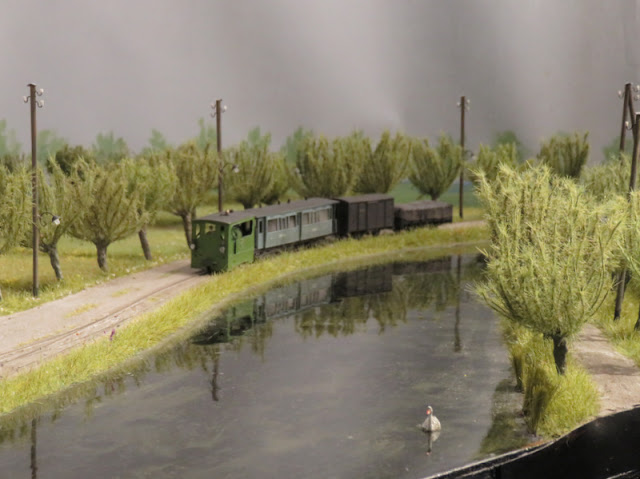 The trains are well modelled too, based on Dutch road-side tramways. But do you see the swan? That too is animated, slowly swimming up and down the river. That's not all, not seen in these photos a bird (stork?) flies in circles above the scene. 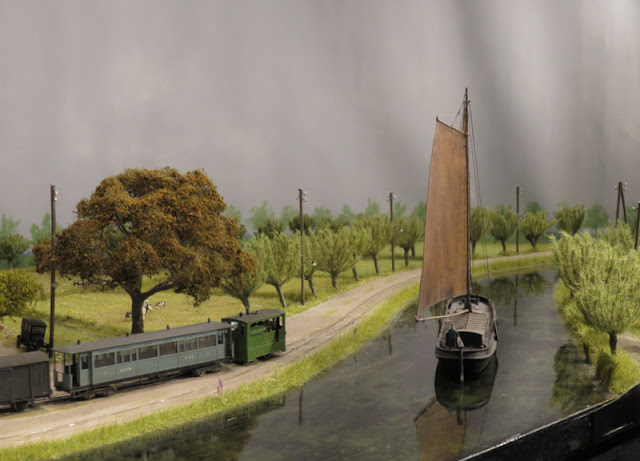 The photos are impressive, but I also took a short video on my phone so you can see the animations:

I found this layout stunning - not just because of the animations, but because everything worked together to be convincing. The animations weren't a novelty or distraction, but a natural part of an attractive scene, which made up a cohesive and well-observed model.
Posted by Michael Campbell at 21:49

Thanks very much for your nice comments :-)

Article on the layout in this month's Continental Modeller.