Being designed for shunting, the challenge layout needs uncoupling magnets. This was taken into account when designing the track plan; the sidings are straight with space for the magnet at the entry. I've used the Microtrains magnets, which sit above the baseboard between the rails - visible, but not overly obvious. However they are rather long; I have found the can be split in half by clamping in a vice and giving it a sharp well-placed tap, resulting in two magnets of a more manageable size. 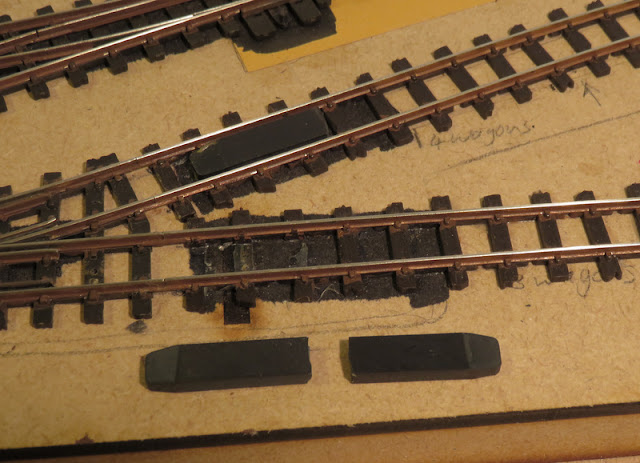 Below you can see three magnets placed to allow "inglenook" shunting. The problem is uncoupling the incoming train - the rear track is long enough for the wagons but not long enough for them to be pushed past a magnet to allow them to be re-coupled! So another solution was devised, which sits below the yellow-brown paper seen top-right. 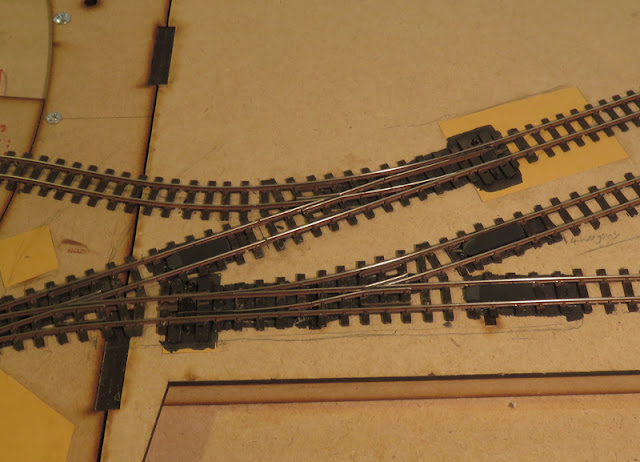 OK it looks a bit Heath-Robinson! The magnet is on the left, next to the point motor, it is taken from a cupboard catch, and sits in a hole in the baseboard so it is just below sleeper level protected by the paper layer. The magnet sits in a frame made simply from plasticard. You can also see a dowel and a piece of wire (paperclip!) linking it to the magnet-holding frame, which should become clearer in the next photo. 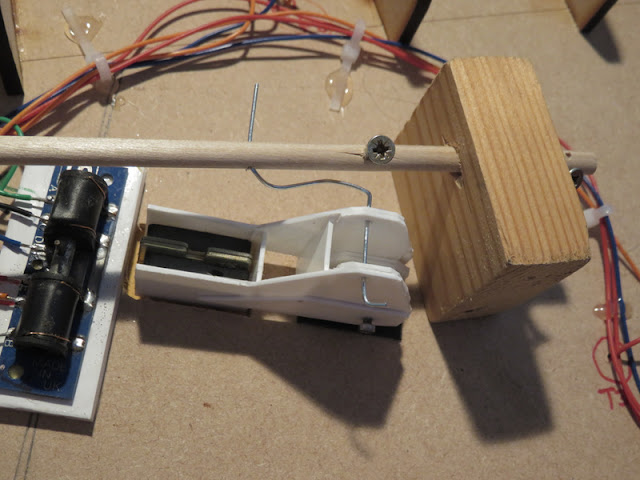 Here the magnet can be seen swung away from the baseboard. The plastic frame that holds it is pivoted around a simple bolt from a bracket glued to the baseboard. The wire links the pivoted frame to the dowel, the linear movement of which swings the frame up and down. The two screws in the dowel act as end-stops against the block of wood. 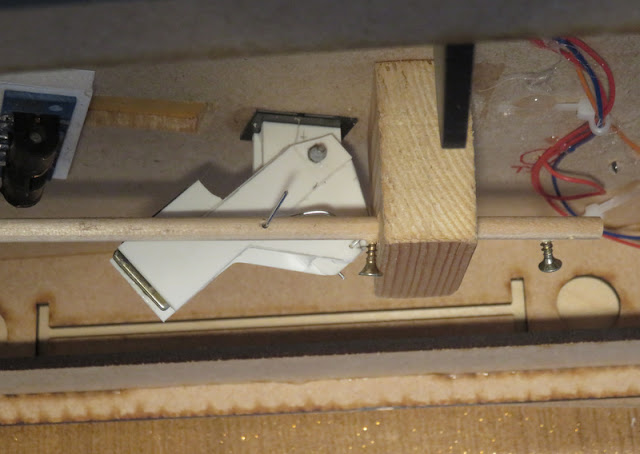 The dowel runs right along the baseboard to the far end, set low enough to clear all the other under-baseboard mechanisms and wiring. It is now surprisingly busy under here! 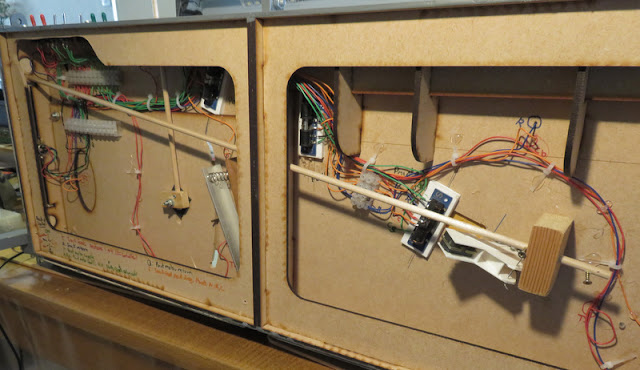 At the end the dowel protrudes just enough to be pulled - pulling on the dowel raises the magnet to the track, pushing it back in lowers the magnet. The dowel is close to but just around the corner of the baseboard from the control panel for convenient operation at this end of the layout. 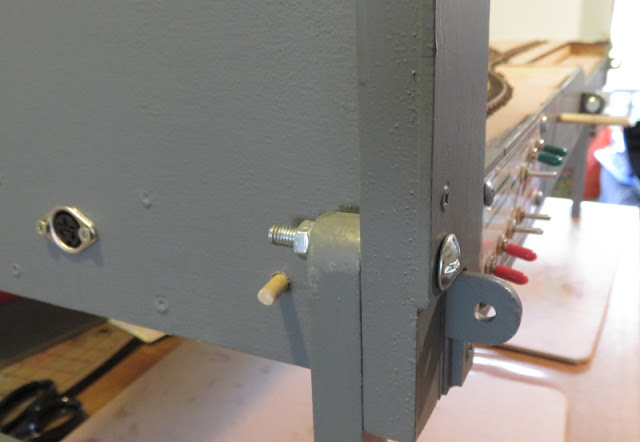 It seems to work well in testing despite the basic construction methods, and should allow an incoming train to be uncoupled, without preventing an outgoing train from coupling up. I guess the same approach would work with a servo, or possibly a slow-action point motor, allowing retractable magnets to be used on a larger layout.
Posted by Michael Campbell at 13:19