Paker's Lock Up and Harper's Yard

I thought these two small low-relief warehouse kits from Petite Properties would work well at the end of the challenge layout. I assembled the laser-cut parts with tape to see how they fitted. 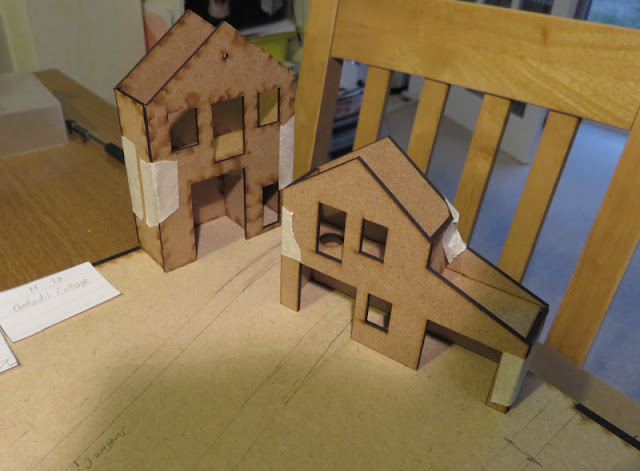 I'd originally planned the taller Parker's Lock Up at the rear, with Harper's Yard at the end, but the low doorways of the latter didn't work with the track running into the building. 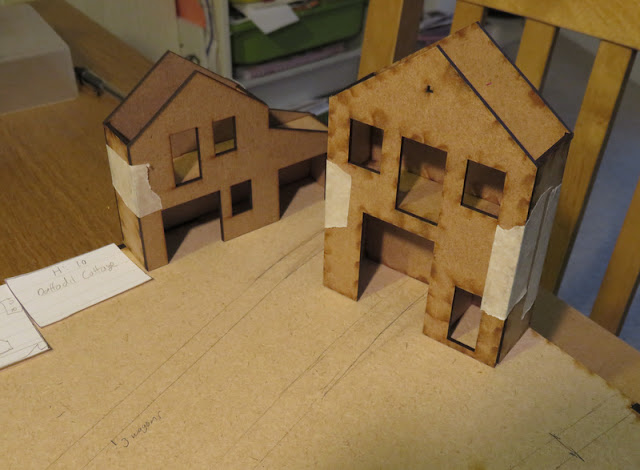 Swapped around the taller doorway of Parker's is ideally sized for 009 stock, but note that I've reversed the parts so the big door is to the left of the personnel door to suit the track plan - easy to do at this stage. Harper's works just as well alongside the rear track. 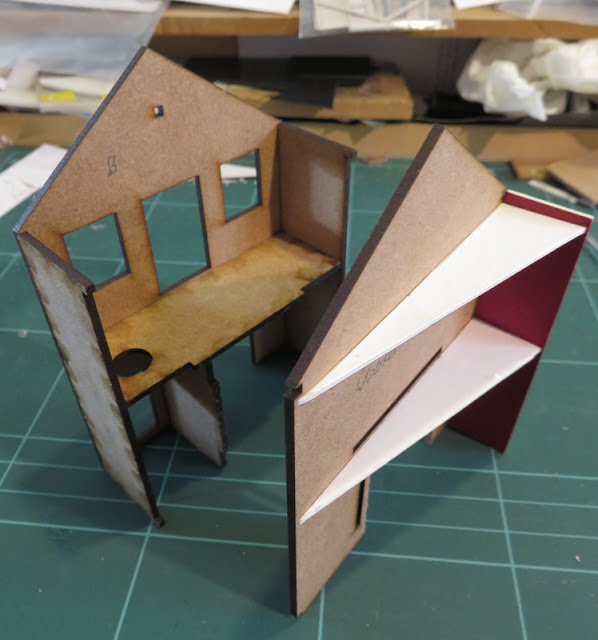 As Parker's would be at an angle to the back-scene I fitted an extension to one side wall cut from stiff card, which was very simply fitted to the back wall as shown. A similar wall extension was also fitted to Harper's. Also the assembly of Parker's was modified as the instructions suggest fixing the sides to the rear, then fitting the front, but this makes the fitting of brick-paper more difficult. I fitted the sides and floor to the front, assembling dry to the rear wall to ensure it would fit, then fitted the brick-paper to the front and sides. Having the rear removable at this stage makes dealing with the window and door openings easier. Once the brick-paper was fitted the building was given a spray of Testors Dullcote to ensure a matt finish. The doors and lintels were painted separately and fitted later. I didn't use the cills in the kit, adding brick cills from the brick-paper sheet instead. A new roof was made from Wills slates, cut to fit the angle with the back-scene, and with barge-boards from plasticard - those in the kit are not long enough to reach the ends of the roof. The ridge is L section plastic with lines scored every 4mm. If the big doors look wonky here it's because they are loose, they will be fixed open on the layout. 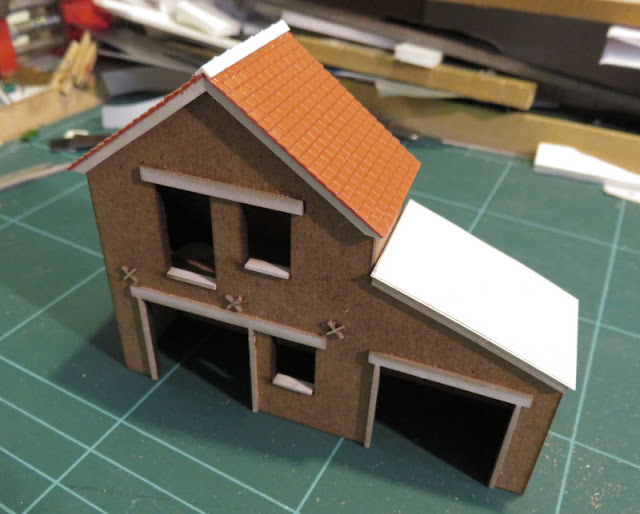 Harper's Yard also got a new main roof from Wills, this time tiles, with the ridge from L-section plastic with microstrip ridges added every 5mm, and new plastic barge-boards. The lean-to has a corrugated roof from Slaters sheet over the card roof and barge-board from the kit. The lintels and cills were fixed in place, then painted. 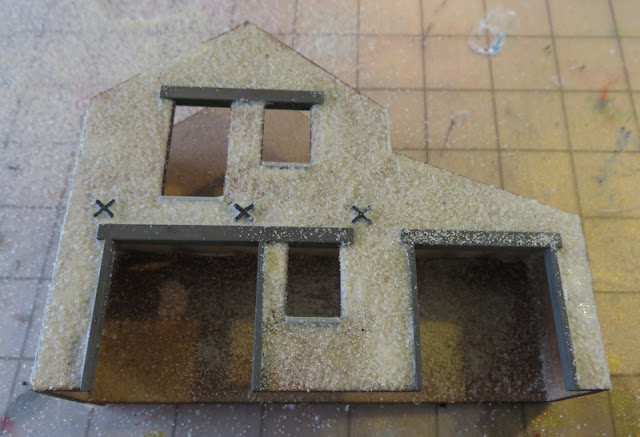 After the experiments I settled on sand for the pebble-dash render. The walls were coated with PVA glue spread evenly, and sprayed with a water mist to keep it soft, then the sand sprinkled on. I have to admit it took 4 coats of paint - the first was patchy, the second came out green thanks to a Humbrol tin that didn't match the colour of the lid, the next had shiny patches and the final wash didn't get rid of them all. So I dusted the surface with a pale grey weathering powder and sealed with a coat of Testors Dullcote, and perhaps by accident, I was happy with the result! 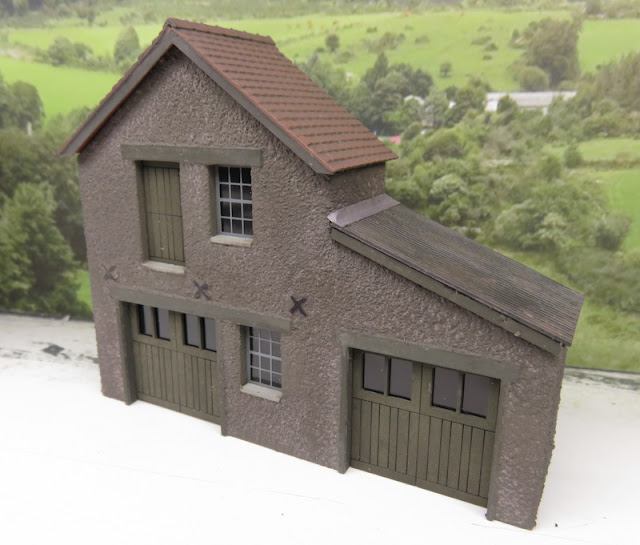 Both buildings had the insides painted black before the doors and windows were fitted. The corrugated iron roof has lead flashing from newspaper coloured grey with a sharpie pen.
Posted by Michael Campbell at 23:37