Yesterday I popped over to the Brighton MRC show, a typical local club show in a rather cramped venue but not far to go and usually worth a visit. It was good to see a good Narrow Gauge presence. Here is Raven's Rock by Tony Hill in O-16.5, based on Dinorwic slate quarry scene it is impressive and detailed, really capturing the feel of the Welsh slate quarries. 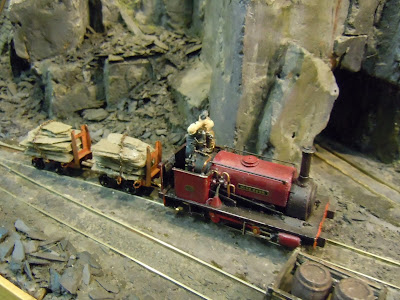 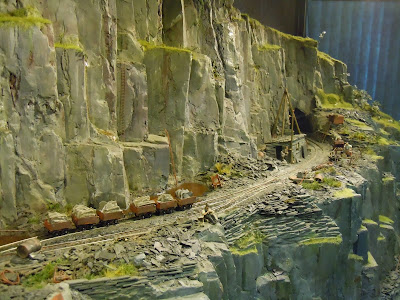 Fairleigh Down in O9 by Jason & Mason Pendrey is a very different theme, inspired by MOD arms depots. It featured computer-controlled DCC trains, automated bunker doors, and a radio-control tank. 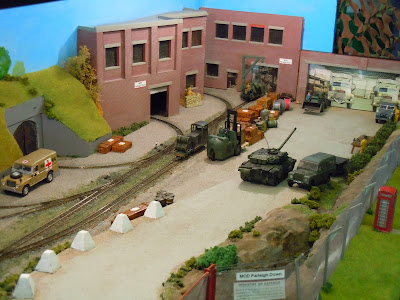 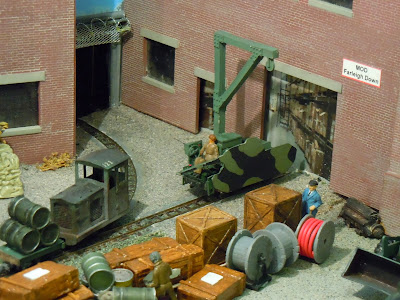 This 009 layout wasn't listed in the program, but I think it might have been by Phil Gardner, is a nicely done "Rabbit Warren". This type of layout has long been subjected to ridicule but I think it's great, popular with non-enthusiast show visitors and not too serious! 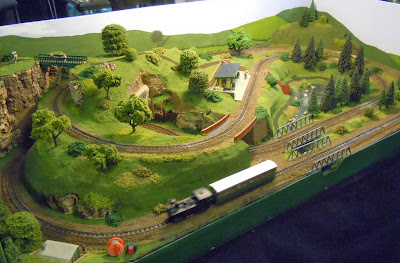 This layout also shows the new Peco RTR coach can take some seriously tight curves, I don't know how tight they are but that can't be more than 9" radius I reckon! 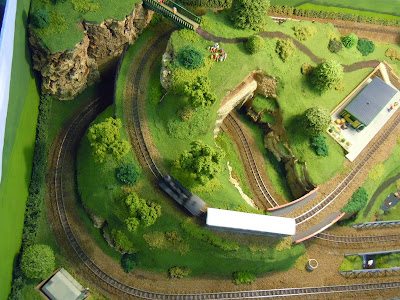 Not NG (except in the Great Western sense) but with some superb buildings was Woodstowe by David Cox in 00 scale. 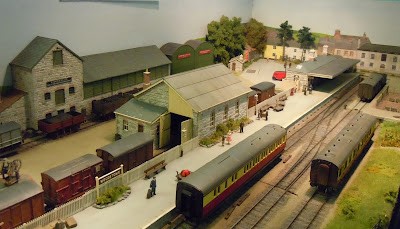 There were a few other good layouts too, some I had seen before but most not, so an enjoyable show.

Posted by Michael Campbell at 23:29

Looks like a really good show. Raven's Rock..shouldn't it be " Craig y Gigfran" :-) is right on the money! As someone who is in a quarry or a mine when I'm not making models, I can vouch for the veracity of the scenery. I also love Woostowe, a classic hark back to "Ashburton", done with panache. And I love tail chasing rabbit layouts, so I would have enjoyed that too!