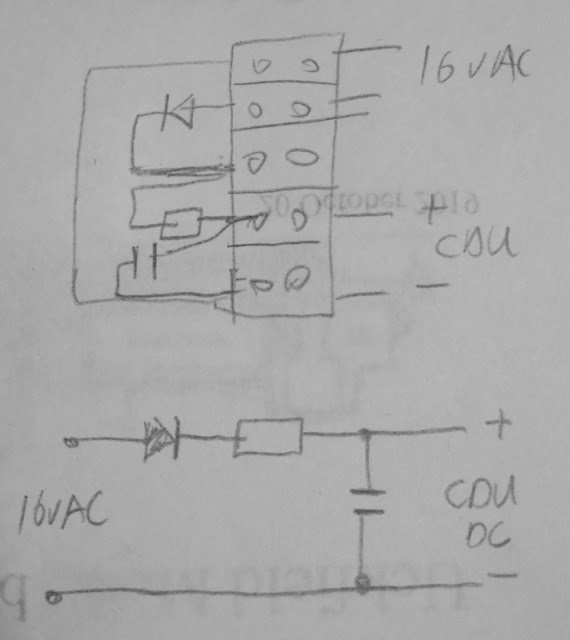 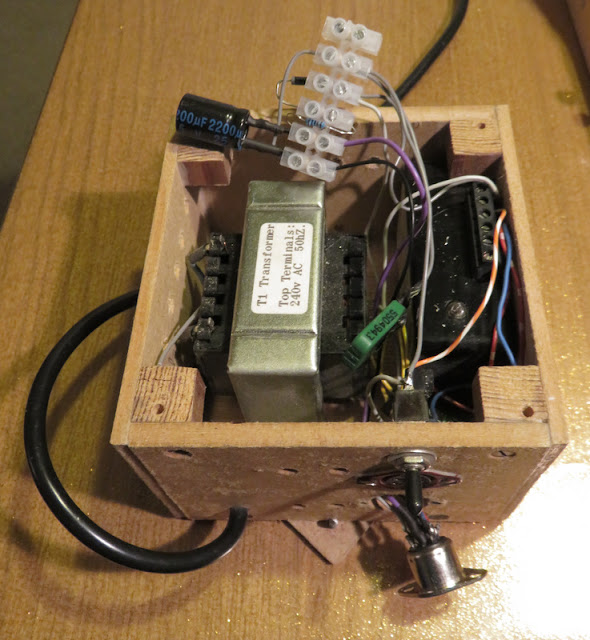 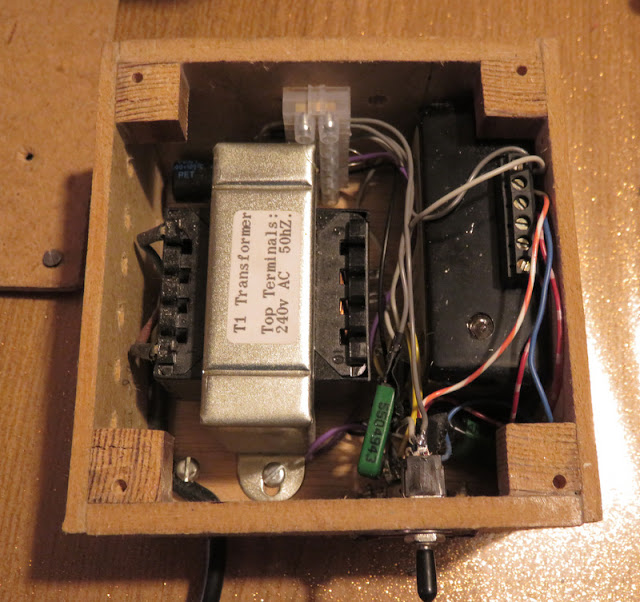 The track cleaner is rarely used so I could remove it, which would provide space for a "proper" CDU (larger, faster recharging, better point motor protection). However I'm happy with the way the simple CDU works for one point at a time, and with an acceptable recharge time, at least for small layouts.
Posted by Michael Campbell at 23:15