Yesterday I dropped in at Gaugemaster for their open day/exhibition, where they had a couple of large marquees full of layouts and trade demos. Getting in and out was tricky due to the railway crossing - who would have thought that little rural station would see quite so many trains on a Saturday afternoon? 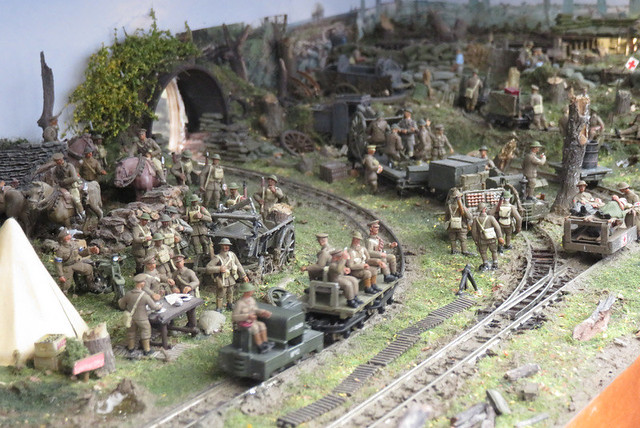 Anyway, there were some nice layouts, including "Somewhere in France" in 009 showing the WW1 railways. It packed an awful lot in a small space which I'm sure wasn't realistic, but it did tell the story of what the railways did and was very nicely modelled. The trains were a bit fast though. 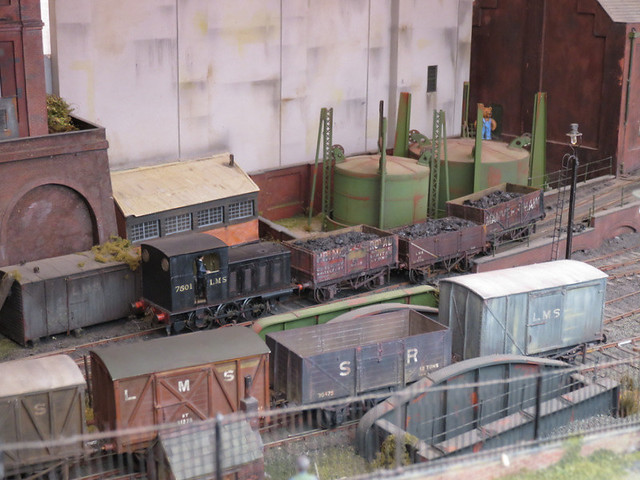 The originally named "Gas Works" in O has a nice industrial atmosphere and some interesting shunting. 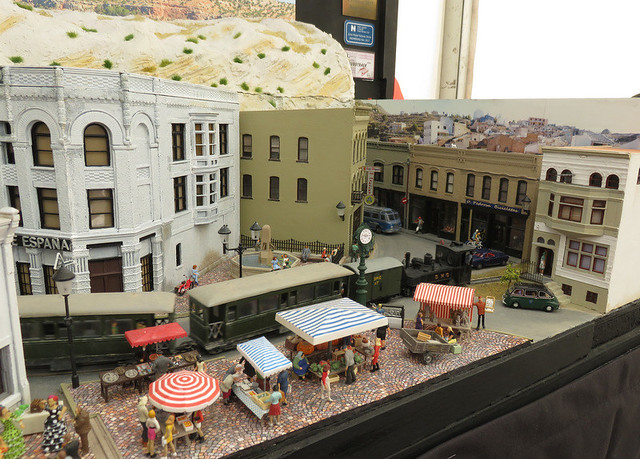 However my favourite layout was "Ferrocarril San Maria Gandia" which used HO, HOe, and Faller automated road vehicles in a Spanish setting. There's loads of nicely modelled detail without the layout feeling crowded, and with a definite Spanish feel. A video running next to the layout showed the prototype scenes that had inspired (and been copied on) the layout. No wonder it seemed to have a crowd around it. 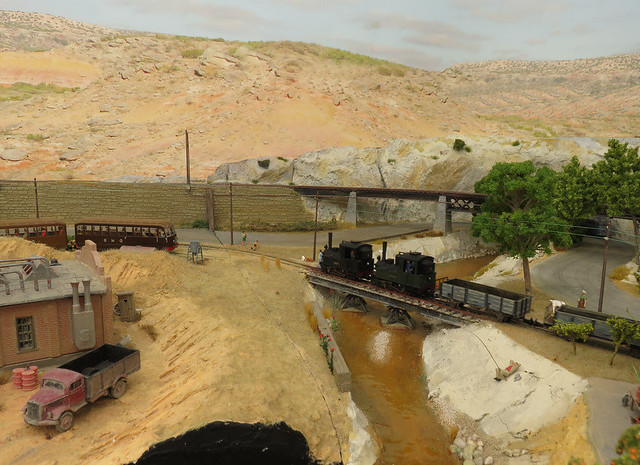 There's a selection of photos here (not that many this time) including a few of the other layouts, though one or two seemed to be little more than commercial demonstrations. Still I did manage to pick up a couple of things I needed, and a few that I didn't but were well priced in the "seconds" sales room. All in all, worth a trip.
Posted by Michael Campbell at 22:40

Thanks for sharing your pictures with us.
Alan