In a small interlude from scenery, we fitted the layout with lighting. Back in April I revealed I'd experimented with 4000K "Natural White" LED strips, with a view to fitting them to Hexworthy. That's true, but I also had this little layout in mind, as Joshua was adamant it needed to have a lighting pelmet. So this is the kit we got: 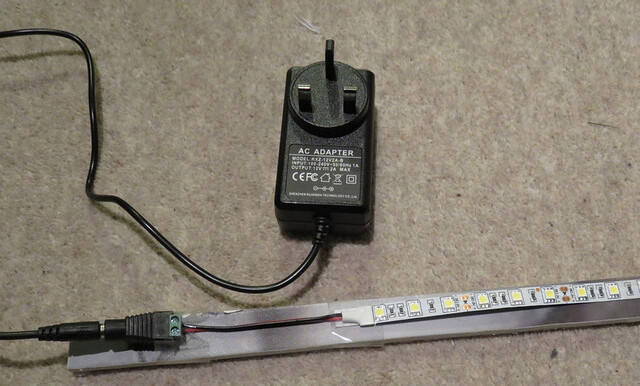 We cut enough strip to fill the length of the layout, and stuck it to a strip of wood under the lighting pelmet, as close to the front of the layout as possible. We also stuck foil to the inside of the fascia to reflect light back into the layout. 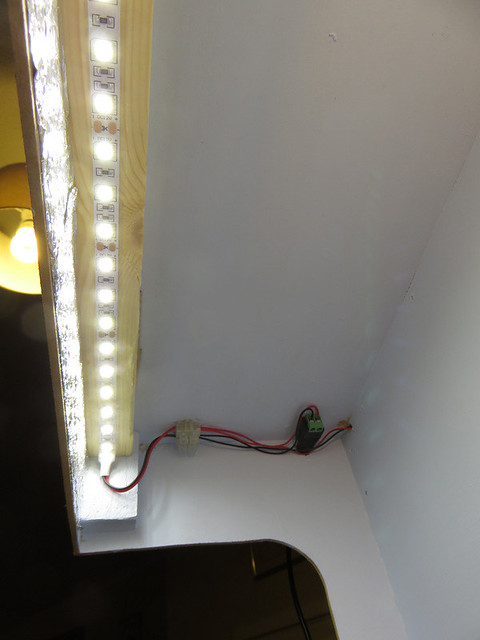 The power adaptor came with a socket with screw terminals, so as you can see above we ran the wires back to that. I drilled a hole in the end of the layout big enough to push the socket through, and then stuck the back end in place with hot glue. Simple but neat, from the outside at least. 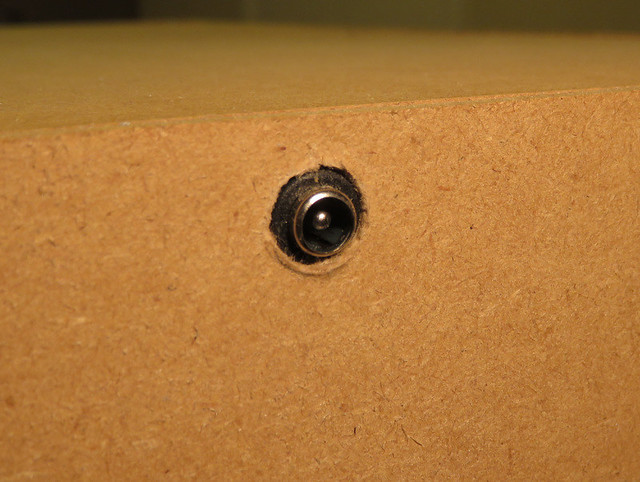 The result is plenty of light, while the Natural White doesn't lean too much to the blue or yellow, giving a good daylight impression. We'd allowed for fitting an extra strip or part-strip if needed, but decided that wasn't necessary. 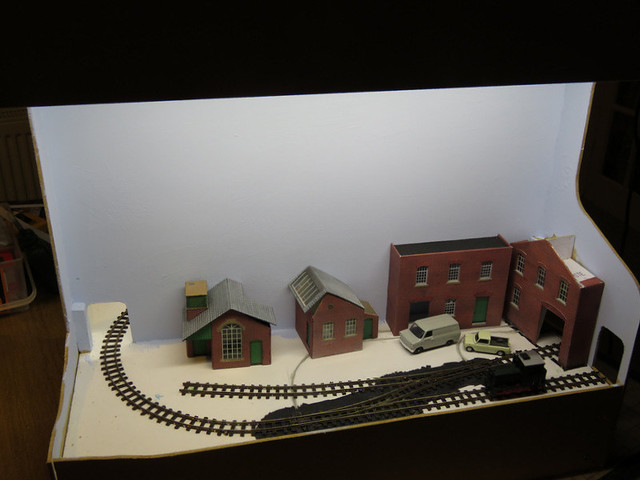 The outside of the layout has also been painted. We used grey primer from Wilkinsons, and decided that the dark grey was a nice enough finish to leave it at that!
Posted by Michael Campbell at 23:23