Looking for an interesting day out with the kids over the Easter break I spotted an offer with Hovertravel for cheap day returns to the Isle of Wight. Now I think Hovercraft are a pretty fascinating form of transport - technically, they are flying rather than sailing - and there isn't anywhere else you can ride one as a scheduled passenger service. 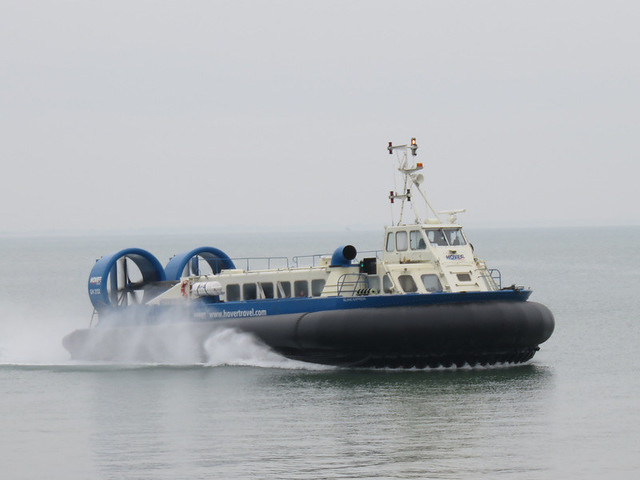 Hovertravel run a service connecting Southsea (with a big car-park) to Ryde in just 10 minutes, which is used by a lot of commuters in both directions. How about that for a journey to work? They are, I think, quite majestic as they roar across the see, swoosh over sand, shingle, and concrete, and relax onto the ground with a sigh of the engines. Quick, and quite civilised, if a little noisy! 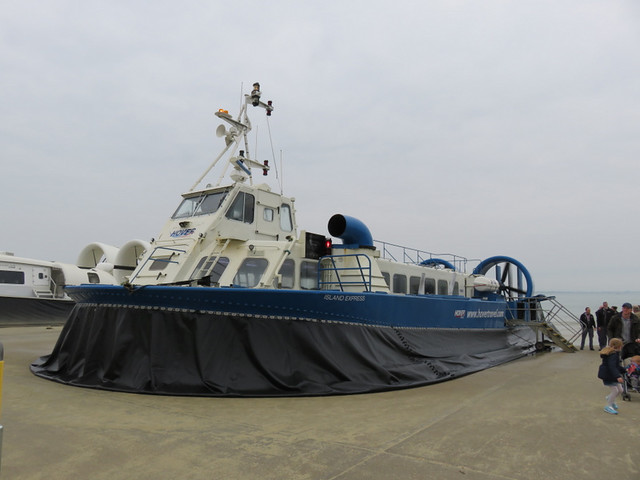 It seems a futuristic way to travel except that they've been around since the late 1950's and don't seem to have caught on more widely, the cross-channel service stopped in 2000 and the craft we travelled on is around 30 years old. Hovertravel see a future though, having invested in new Hovercraft built in Southampton, but sadly the new arrival seems to be sitting in disgrace, with transmission trouble. 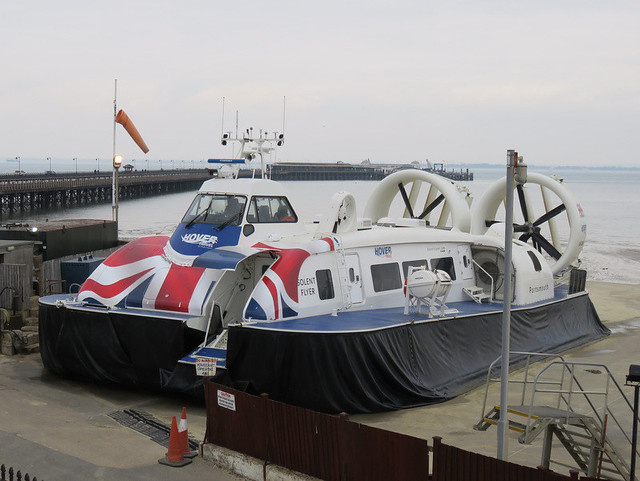 I do hope it's sorted and secures a future for Hovercraft, but while the new model looks more sleek, I think I prefer the old one - it has more windows, and what use is travelling so fast if you can't see that you are?

The Isle of Wight has figured out integrated transport. Outside the hover terminal is the railway station - which continues down the pier to connect with the newer but slower catamaran service - and the bus station. We chose the train, which runs a frequent and reasonably priced service down to Shanklin over electrified lines. That sounds modern and efficient, but visitors may be surprised by the train they find... 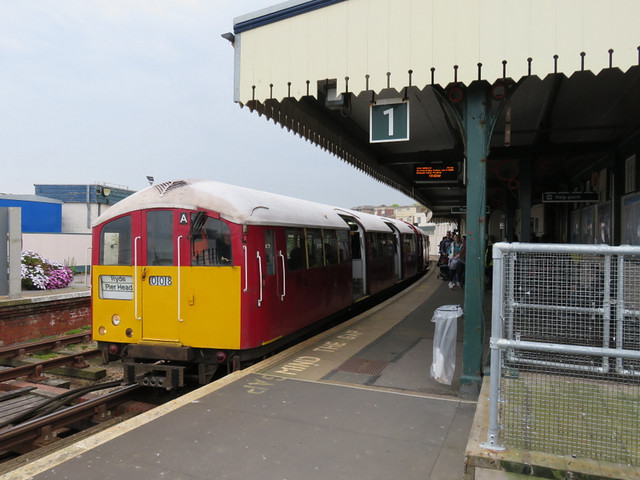 Yes, that's an underground train. In fact it's a 1938 London Underground train - which, if you think about it, makes it older than most of the carriages seen on preserved railways across the UK. And yet this is part of Britain's national rail network, operated by SouthWest Trains! By some quirks of history a small fleet of these trains have been found ideal to run this short line, making for an interesting journey with the varnished wood and springy seats inside. Mind you the seats need to be soft as the ride at 40+mph is quite alarming, bouncing and swaying quite violently. As the guard (yes, they still have them) commented, it's as good as any fairground ride. 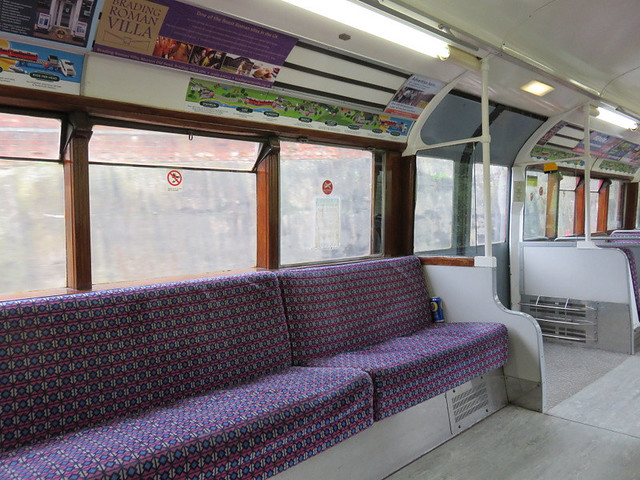 So, a day out to the Isle of Wight. We went back in time and travelled into the future.
Posted by Michael Campbell at 23:56

Thye "new" hovercraft has moved in the last few weeks as it was at the other end of the apron when I was there a few weeks ago.

I'll admit I love hovercraft and the idea of commuting on one appeals. As it is, my visit involved me buying all the souveniers including the horrible mis-shapen inflatable hovercraft!