So after a busy few weeks the Box-File is complete. This is one of those stages of building a model railway where everything comes together, and it appears that a lot of progress has been made in a short space of time, in reality the preparation and painting of the details has been ongoing for a couple of months. I'll do painting in batches two or three evenings at a time, but then need to do something different or I'll go potty!
The details are mostly from Duncan Models and Phoenix, and have been picked to be in keeping with the farmyard/estate setting. I've tried not to get carried away, although to be honest the scene is a little crowded, hardly surprising given the size of the layout! This 7mm scale is still bigger than I am used to ... anyway such a small layout needs visual interest, and I think the balance is about right. 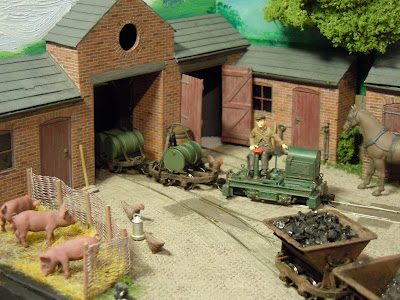 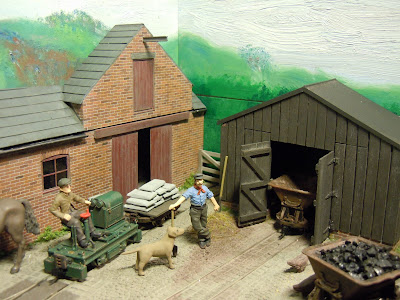 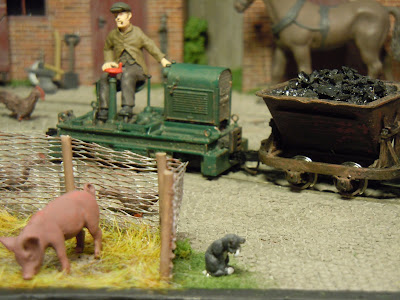 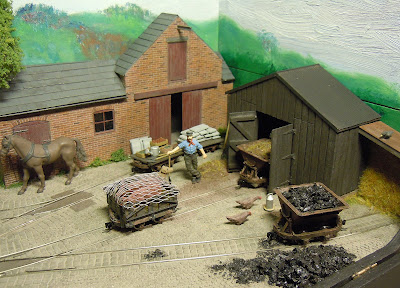 I'm very pleased with the end result of Landswood Park Farm, especially given that it was entirely built within 9 months, including track, scratch-built buildings, and of course the loco and all the stock. It was my first exercise in building my own track, just as well it is buried in the cobbles! Indeed it is my first ever venture into 7mm scale, so despite it's tiny size this layout has provided plenty of challenges and interest, and best of all, fun.

Can almost small the manure and the horse!