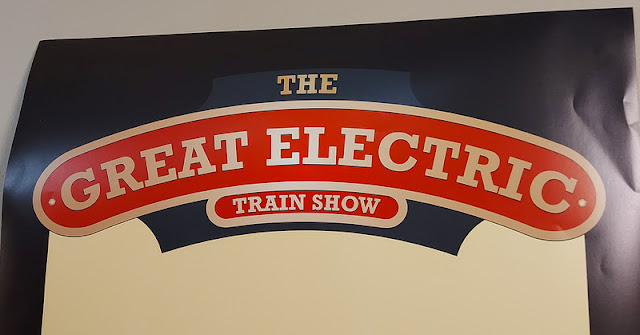 Back to exhibiting then - at the Great Electric Train Show, in Milton Keynes, organised by Hornby magazine. This claimed to be the biggest exhibition of this year, although to be fair the shows at the NEC and Alexandra Palace have been called off this year. It is certainly be biggest show I've ever exhibited one of my layouts at. 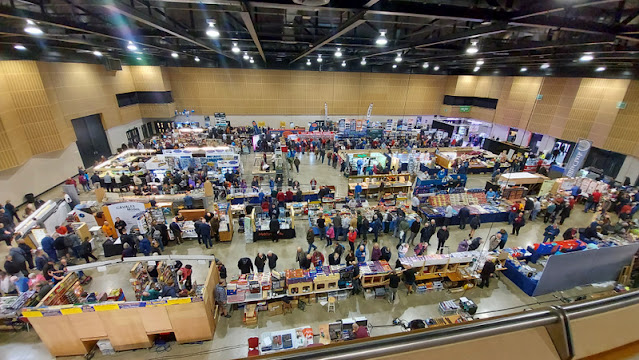 Here's the main hall shortly after opening - it got much busier, suggesting the modelling community were pleased to get back to exhibitions. There were some big layouts, and traders too. We were on the second floor balcony, where this photo was taken from, and which was less crowded, 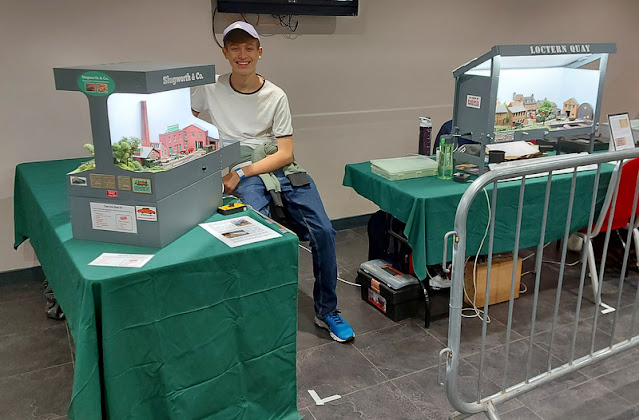 Our two layouts set up (definitely the smallest two layouts in the show!), Joshua ready to start running trains on his layout. To the right of Loctern Quay we had also brought the 009 Society showcase, banner, and leaflets, and had an (intermittent) demo, with the help of a couple of friends in the Sussex Downs 009 group who also provided relief operator duties. We set up Saturday morning, having driven up Friday night. 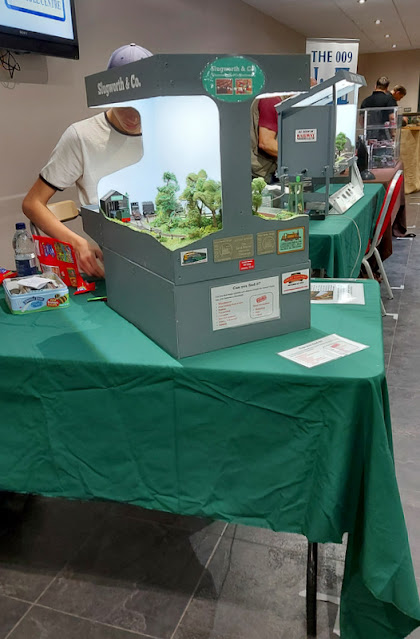 Slugworth was placed on the end of the row, set at an angle to allow visitors to see both sides. This little layout proved very popular with families, the list of items to spot entertained children who were rewarded with a sweet, but many people liked the detail that Joshua managed to fit into such a small space. 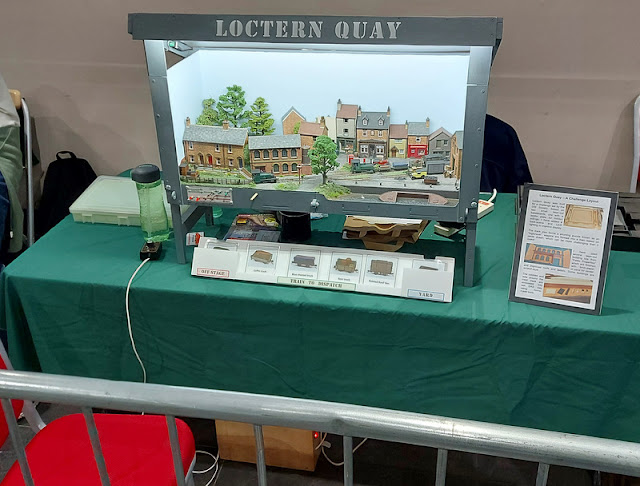 Loctern Quay with its shunting puzzle display board. I invited visitors to select cards from the shuffled pack to make up a train, they then usually watched while the train was made up. It was nice to get lots of nice comments too. Other than the odd reluctant coupling and a wagon that occasionally decided to derail, the layout ran well. 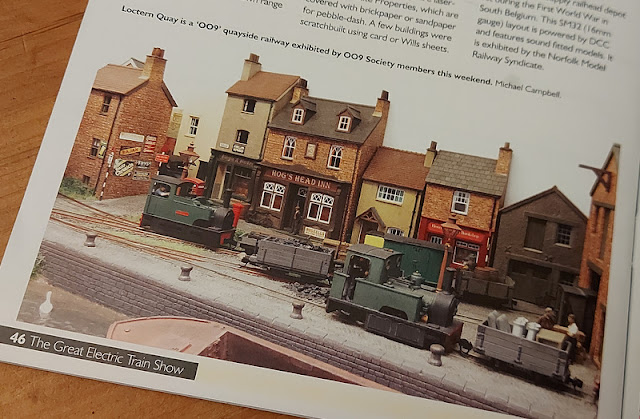 Loctern Quay also featured a photo in the program!

It was a great weekend, although tiring, and it was great to get back to exhibitions. I will share a few photos of other layouts when I've had time to check the camera...

Posted by Michael Campbell at 23:06

I think it's great to see a father and son exhibiting together and each with excellent layouts however I do regret that, being located in Australia, I won't have the opportunity to see them in the flesh.