Britain's Railways in the First World War, by Michael Foley, tells the story of how the railways of Britain were both involved in and affected by the Great War. 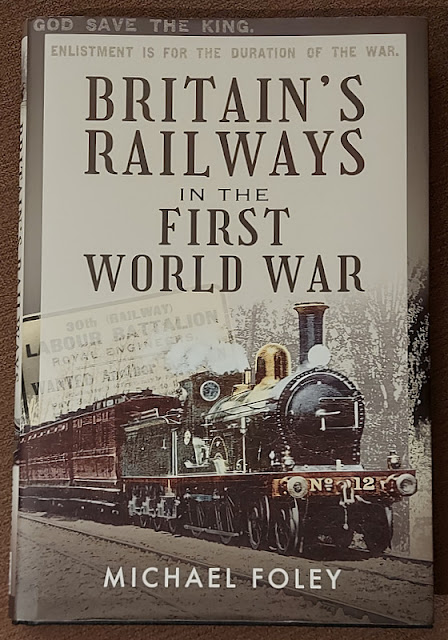 The book is very similar to Britain's Railways in the Second World War by the same author, and clearly they make a set. The book tells of the way the railway companies (at that time there were dozens of independent companies) transported troops and materials, turned their workshops over to war work, and suffered staff shortages as so many men were called up or volunteered for service, and so played a vital role in supporting the war effort. The railways also suffered damage from enemy bombing (albeit nothing like as much as in WWII), lack of maintenance, some terrible accidents and loss of locos and stock to overseas, while the railway-owned ships and docks also played an important role. The use of standard and narrow gauge railways supply the troops in the trenches overseas is also touched upon, but not the focus of this book.
As with the WWII book I did find the text jumped around as it attempted to relate topics in a chorological order, meaning there was some repetition as the threads were picked up and dropped, and at times it was confusing to follow. I wonder if breaking the material by topics would have made more sense than by year. On the whole though it is easy to read and does not use technical or difficult language, making it suitable for all readers rather than just railway enthusiasts. 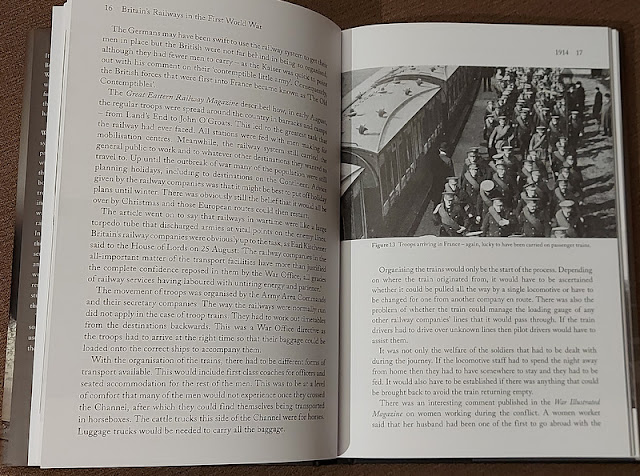 The book is illustrated throughout which breaks up the text, the photos being printed on normal book paper are not always the sharpest but serve to add interest and some context to the text. Generally this works well, even if some pictures seem to have little relevance, but it would have been nice for them to include the date and location in the caption. Some of the captions add nothing to what is visible in the photo, and even seem to be speculative of the content in some cases. 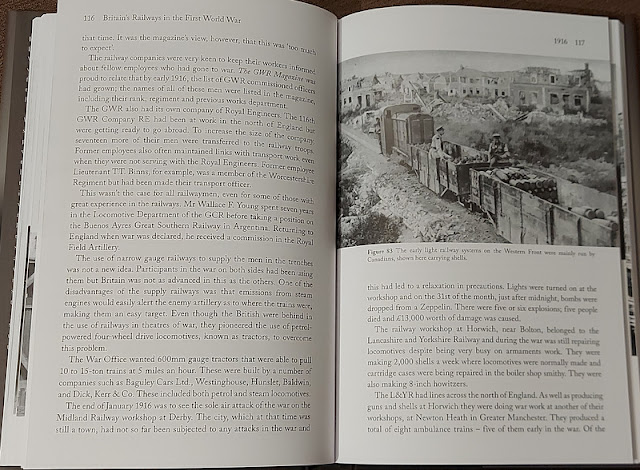 Accepting that this is not meant to be a historical textbook, rather more of a story, it does provide an interesting insight into the role of the railways at this difficult time in history. It is a time beyond living memory, and the happenings on the railways then are perhaps less well known than WWII. The book includes the social perspective and summarises political influences as well accounts of operations, giving a broad picture. As with the similar book on WWII, this will be worth a read to those interested in history or the events of WWI as well as those who follow railway history.

Posted by Michael Campbell at 22:58