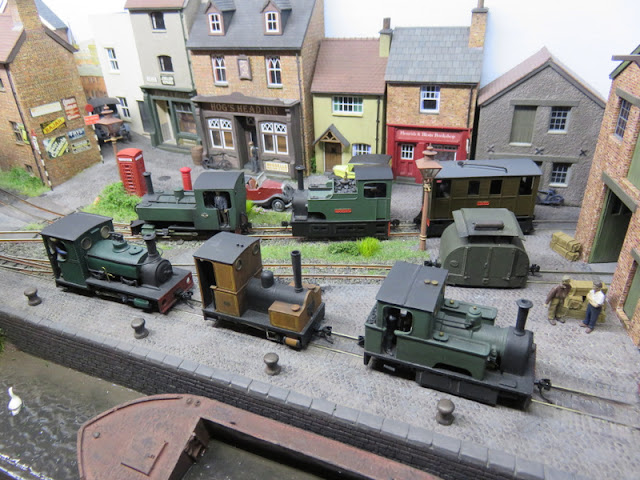 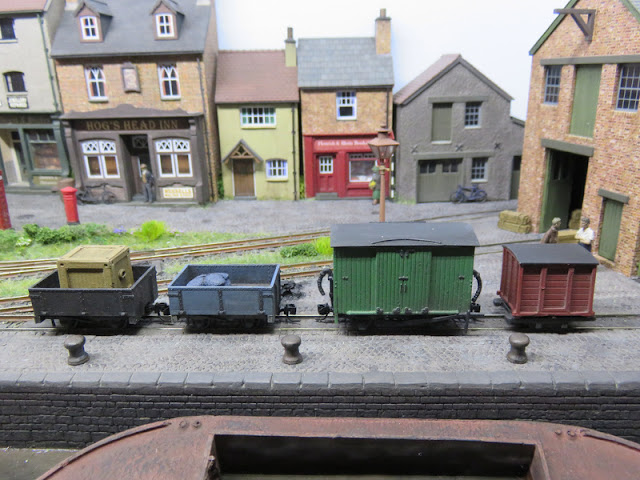 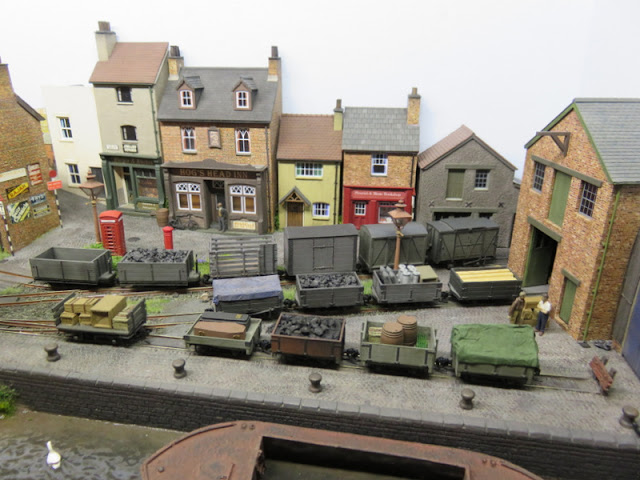 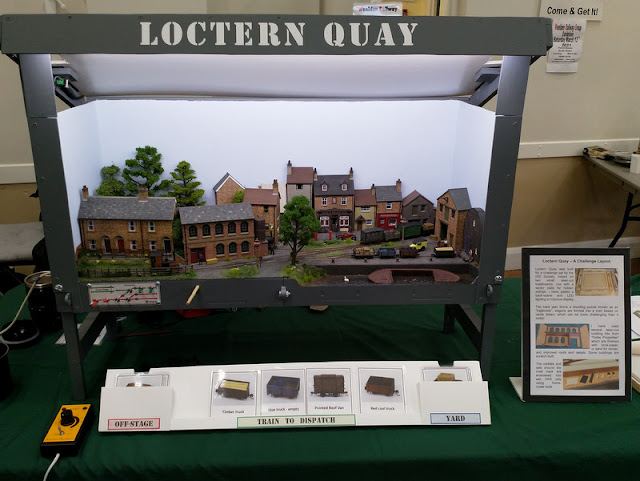 So after a busy but productive few days here's the layout on display at the show. The fold-out legs and lighting were easy to set up and worked well. As well as the wagon card display there's a short description of the layout on the right. The operator sits to the left front of the layout which allows easy operation and interaction with viewers, indeed the wagon cards encouraged interaction - viewers were invited to pick cards at the appropriate time, and having done so I found they lingered longer to see the train made up.
Posted by Michael Campbell at 23:42

Very clever idea... I look forward to seeing it working 'in the flesh' John Niblett

Michael, I really enjoy your 009 clogher valley rr, what if layout. So I'm doing a Clogher Valley RR lumber Co. what if layout over here in Fort Wayne, In. , USA. I have always loved British steam. My question is, What size, are your decals for your 009 trains? (1/8")? Thanks, John Pullen.