It seems a long time since I posted progress on Hexworthy's station building, but alongside other projects I have been chipping away at finishing it off. Starting with the top down, I needed chimney pots, and having trailed around the Alexandra Palace show searching, they are something that seem surprisingly difficult to buy. In the end I decided to just use plastic tube, a basic approach but seemed to work well on the Petite Property kit I built. 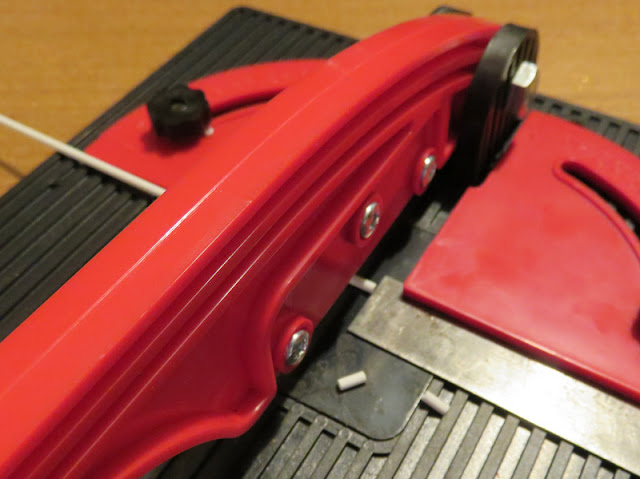 I've a cheap and cheerful chopper tool which rarely gets used, but it worked well here, with a steel square used as a length gauge, and made chopping a dozen pots to the same length straightforward. 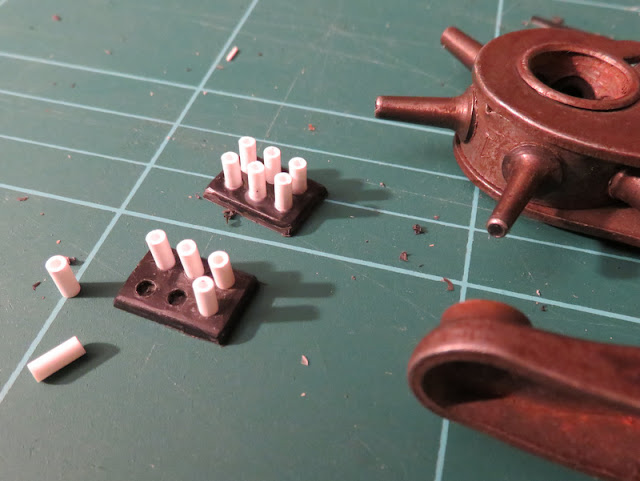 The base is a couple of layers of 40-thou black plasticard, with holes punched in the top one and opened out to take the pots. Simple in theory but tricky to get all the holes lined up and without distorting the plastic too much, and the pots all in straight, however it seems to have worked out well enough. Once solid the tops were all levelled by sanding. 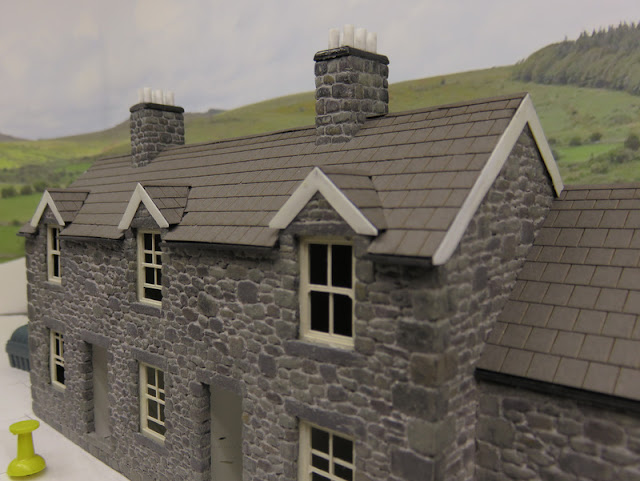 With hindsight I should have fitted the barge boards, then slated over the top edge of them, but I didn't so I used thin plasticard (10-thou) and tried to not make it too obvious that they don't sit under the slates. Cutting them to get the angles neat takes time but I think the result will work. The 3mm wide boards hide any gaps under the roof nicely, though I'll have a challenge painting them without getting paint on the slates! 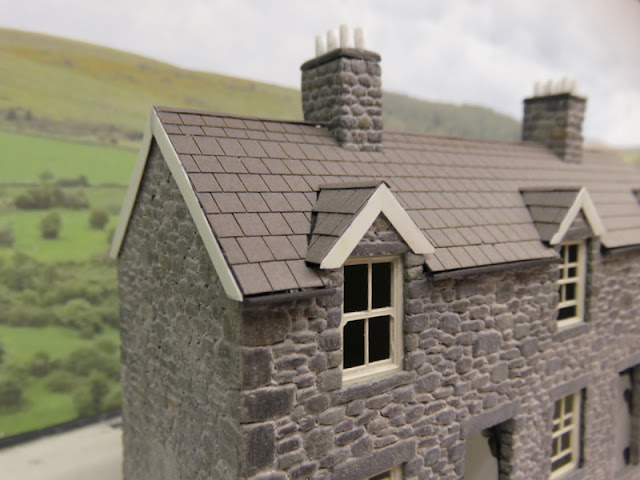 The gutters are a cheat, they're a strip of 40 thou black plastic with the front lower edge rounded to a curve with a scalpel and emery paper. Hint - do this before cutting the strip. The rear of the strip is stuck under the edge of the roof with about 1mm showing. The gutter is obviously solid rather than hollow, but no one will see, helped by shaping the end of the strip to a small "D" shape.

This shot reminds me I'm not happy with that roof valley. Again with hindsight, painting the roof valleys lead grey would have been a great idea before slating it, now I'll have to think of a solution. 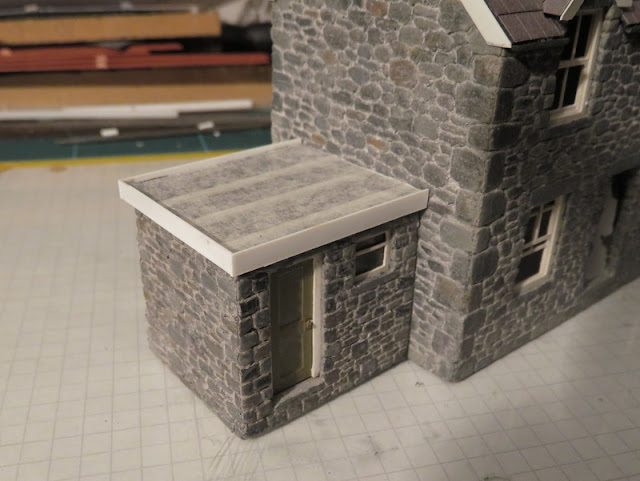 The toilet block has gained a roof too, a simple flat roof with edging boards, and covered in strips of masking tape to represent felt. 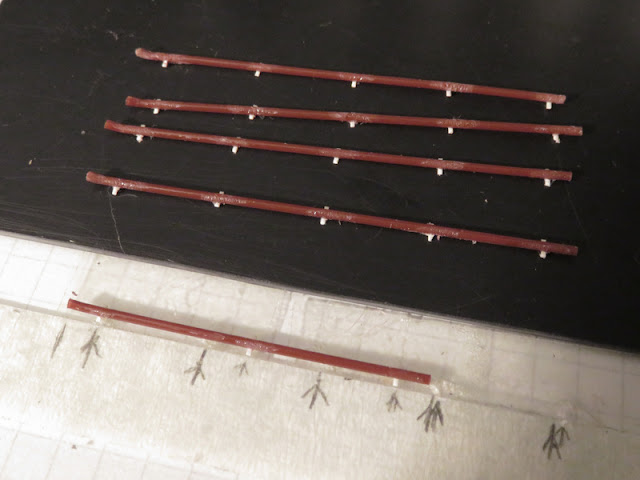 Finally for now, down-pipes are made from 1mm plastic rod, with support brackets stuck on from microstrip. With a few to make I used a simple jig, double-sided tape on a piece of glass, and marks on masking tape. High-tech it isn't, but when making multiple parts it does help. These will be fitted after painting, though I confess I've not bothered with gutters and down-pipes for the rear.

Now somewhere I have a nice moulding for a station canopy valence, but can I find it now I want it? I'm still pondering whether the station needs a canopy, but as a preserved railway station (especially in an area with a reputation for being wet!) it probably should have one.
Posted by Michael Campbell at 14:04