A big event happened at the weekend. Awngate has moved on to a new home. It's been growing on my mind for some time that I would have to dispose of the layout in order to make room for Hexworthy, I just don't have space to keep it safely. So when someone at an exhibition last year commented how they'd love to buy it if I ever sold, I said I'd give them first opportunity when the time came. And that time has come.

These are the last photos I took of the layout in the condition it sold, with the original cassette fiddle yard. I have to say I've been very pleased with the way Awngate turned out, an excellent home layout with plenty of operating interest in a small space, and has shown that a small well-presented layout can reside in the house, it has also proved a good exhibition layout. 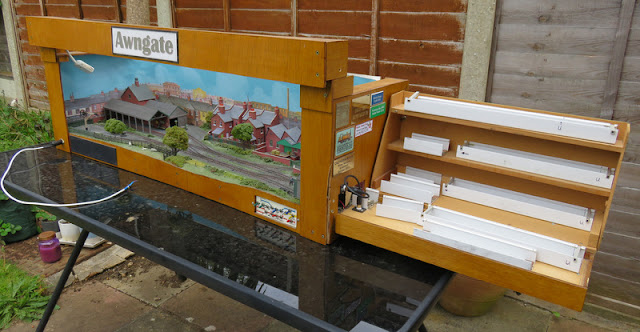 In fact it was my first "proper" exhibition layout, rather than a micro or Expo challenge, and although primarily intended as a satisfying home layout it was designed with exhibitions in mind. The plaques show it has attended a good number - including some of the top NG shows - though I think there's at least one plaque that never got attached, and a few shows without plaques. Who knows, the new owner may exhibit it too. 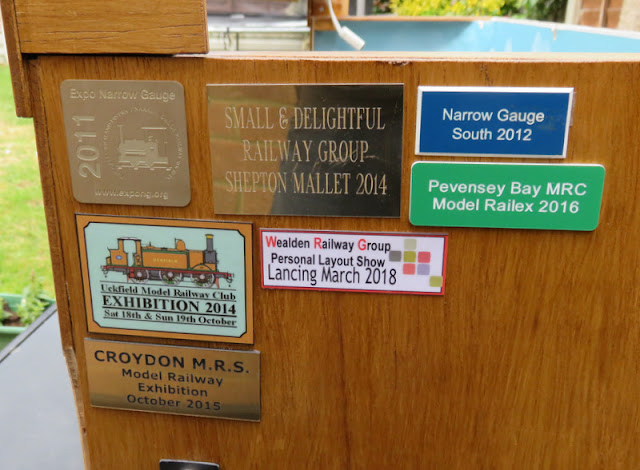 Awngate was also the seed that started this blog, with the idea that blogging as I went might encourage me to make better progress. I think that's worked, and it's been great hearing from people who say they read about the layout on the blog. It's also nice that many people have commented at exhibitions or online about how they like the layout - that's a great encouragement.

So maybe I should feel sad about moving on from Awngate, but I don't. I've had my enjoyment from building and showing it for the last 11+ years, and I am happy that someone else can get some enjoyment from it, rather than it deteriorating, being broken up, or worse - ebay! 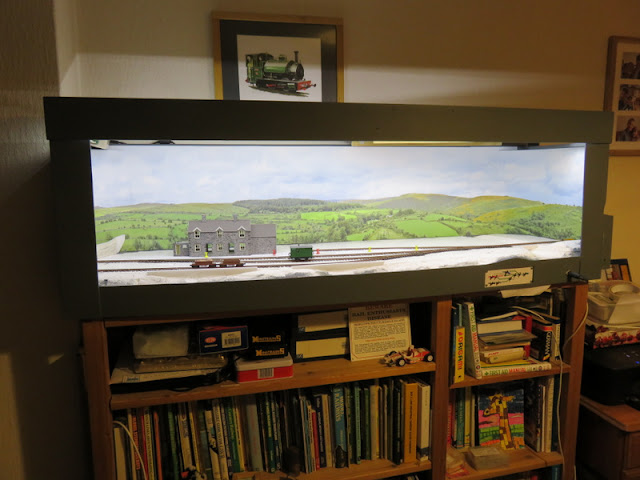 Meanwhile the shelf in the dining room has been filled by Hexworthy. Out with the old, in with the new. Hopefully this will mean faster progress with the layout?
Posted by Michael Campbell at 12:43