Now I've had time to recover from EXPO-NG I've downloaded my photos. I thought since Joshua and I were in the Dave Brewer Challenge I'd start with those. The challenge was a layout in proportion 50x35 up to that size in cm. 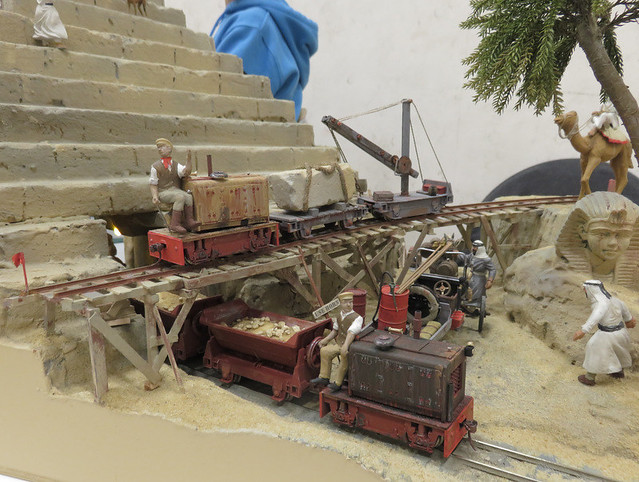 The winner was Toot 'n' Come In (1:32, 16.5mm gauge) by Steve Pearce. An imaginative and detailed model based around an Egyptian tomb excavation. The layout was battery powered with trains on two levels, although they didn't have far to move. Openings in the side revealed the workings in the tomb. 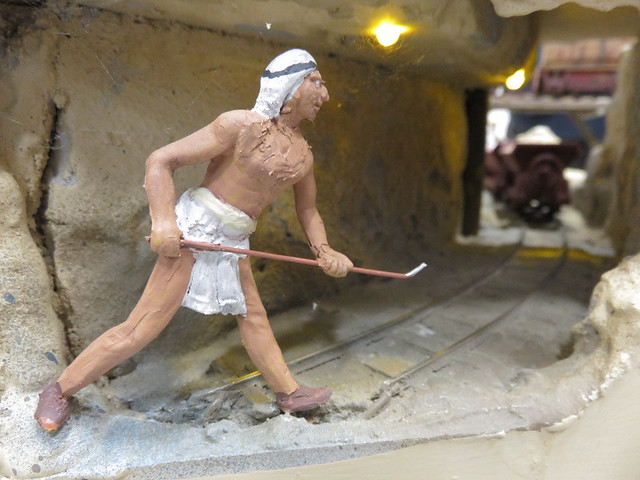 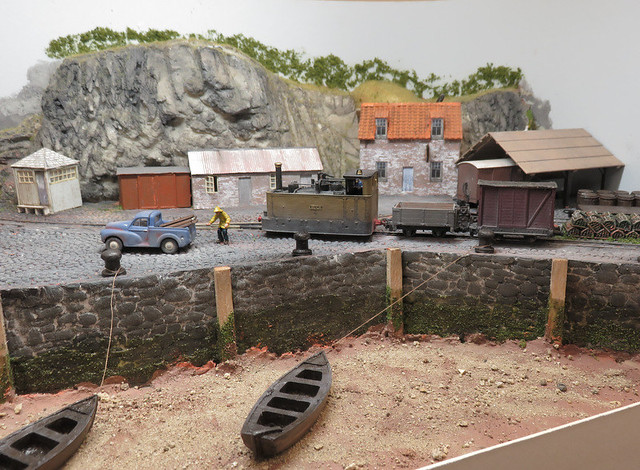 St Petroc Quay (009) by Harry Dawe was one of my personal favourites, it was full of atmosphere. I think we'll see lots more from this young modeller. 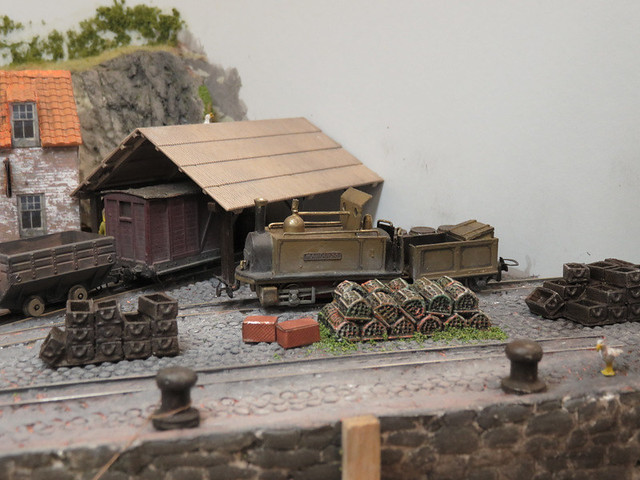 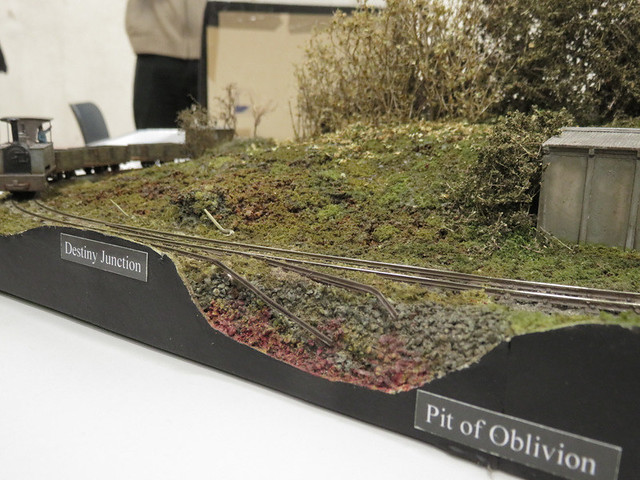 Life of a Line (009) by John Wilkes tells the story of a railway from horse-drawn tram, through rise and decay, to rebirth in preservation. 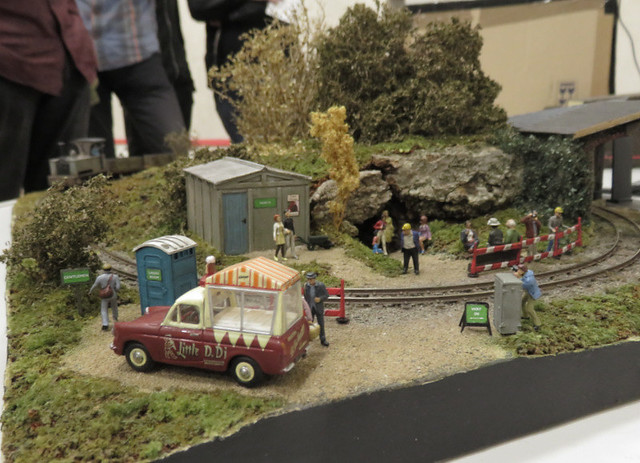 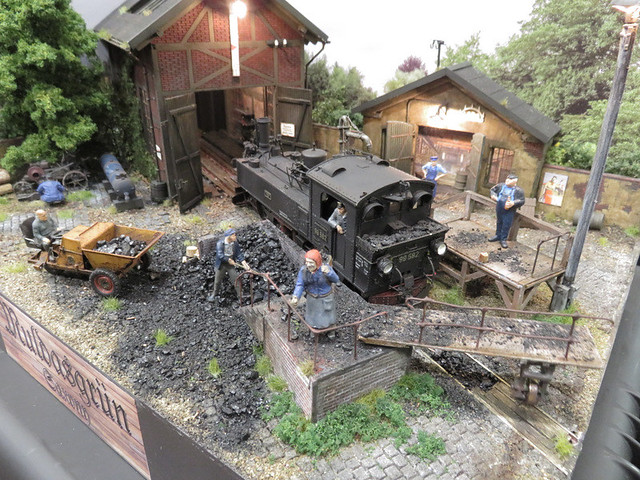 Bw Muldasgrun (Oe) by Christian Danziger & Ronny Rudolph, who had flown in from Germany with the layout in a flight-case. The scene is superbly detailed and featured a moving coaling platform, as well as automatic DCC operation with sound. 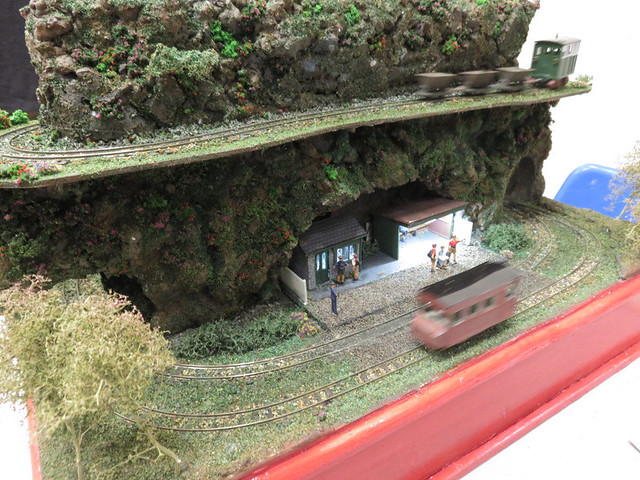 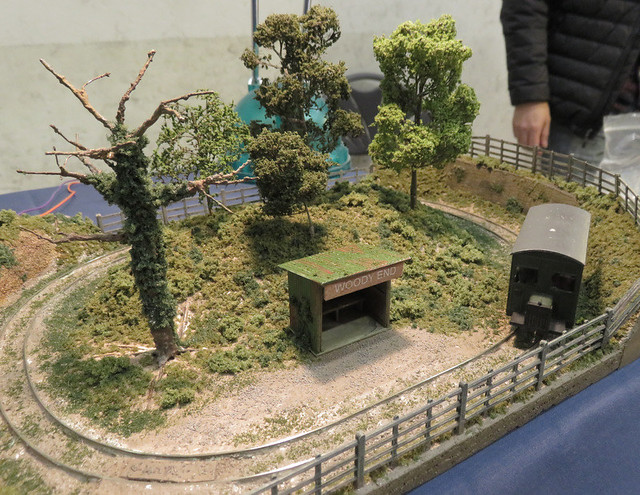 Woody End (009) - Richard Glover. Even smaller than the maximum size. 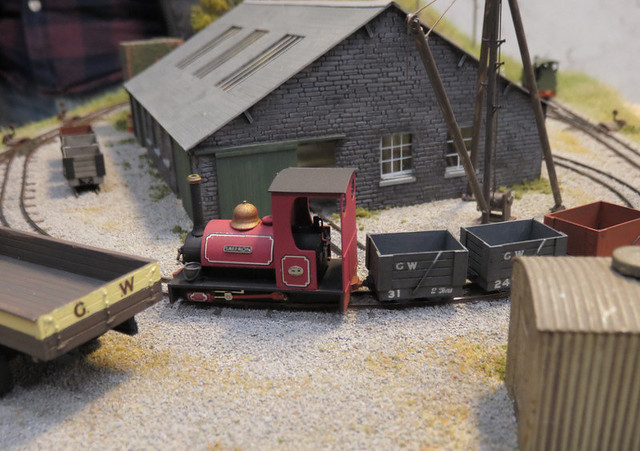 Vowchurch Slate Quarry (006.5) - James Hilton. The smaller gauge allowed James to fit in several sidings as well as a circuit, with some nicely modelled buildings. The layout was inspired by a story by Brian Clarke. These tiny models are beautifully finished. 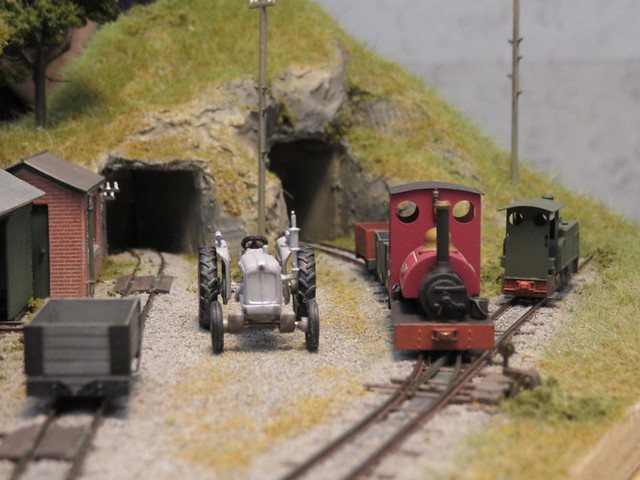 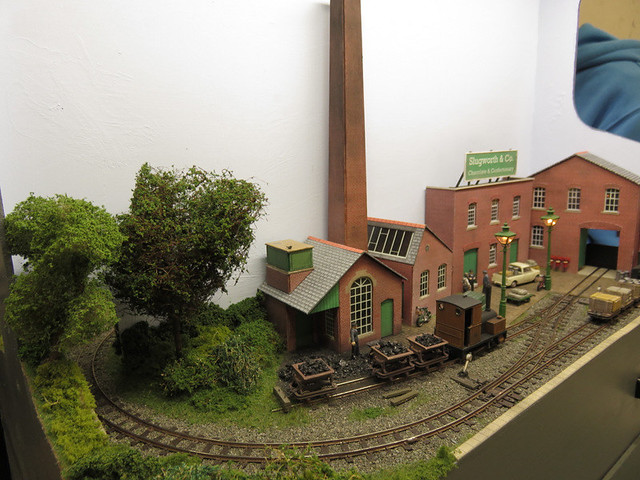 Finally of course, Slugworth (009) by Joshua Campbell, with a little help from me!
Posted by Michael Campbell at 22:07