Recent posts on progress with Slugworth have gradually caught up with where we were at - I had got rather behind posting in the summer. The last few weeks have been focused on preparing, painting, and placing the details and figures that bring the scene to life. Joshua really got into the painting, though I got delegated the really fiddly bits! 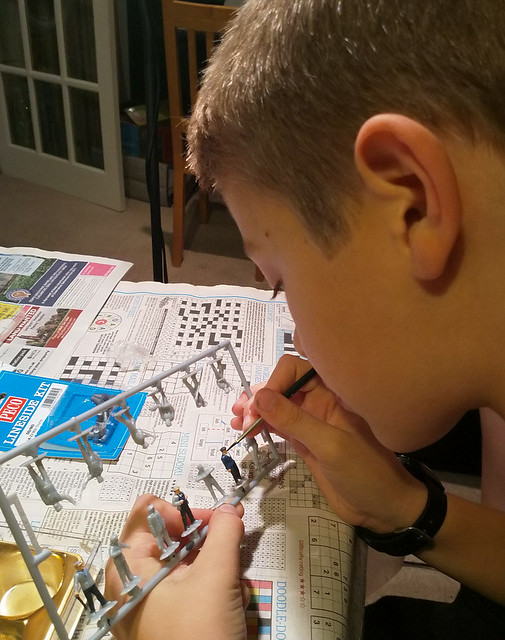 One thing we felt the factory lacked was an identity - it risked looking bland and anonymous. We decided it needed a sign. Joshua produced a sign on the computer which we printed out in several sizes to see which looked best, we then made the backing and frame to fit it from plasticard and microstrip. The supports were made up from some small H section plastic to look like girders. The frame was painted white to match the lettering.

It looked a little stark initially, so we dusted it with weathering powders - paper, frame, and supports - which toned it all together and disguises the use of different materials. 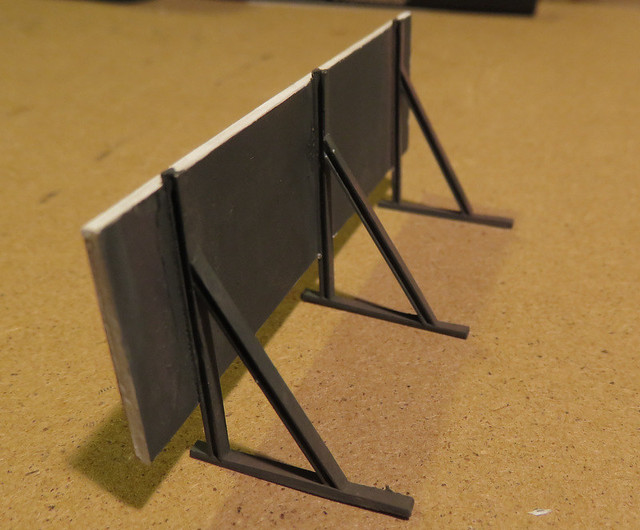 The completed sign was then stuck to the top of the flat-roof part of the factory, where it adds some visual interest as well as distracting from the low-relief nature of the building. And now there is no ambiguity over the purpose of the factory! 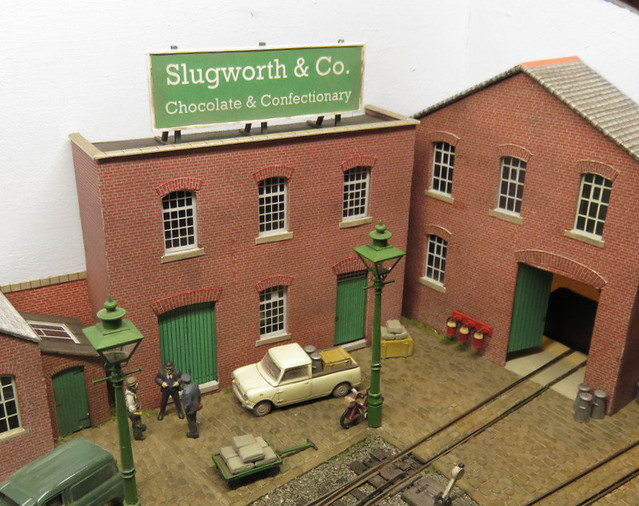 That shot shows a few of the other details added too. So with a few finishing touches completed today we are just about ready for the big day! If you can get to EXPO-NG on Saturday do say hello - and Joshua has a challenge for the visitors too, with rewards!
Posted by Michael Campbell at 22:48