In part 2 of my EXPO-NG report I'll introduce a few of the main attraction layouts. There were lots of layouts there so this is just a few that caught my eye. 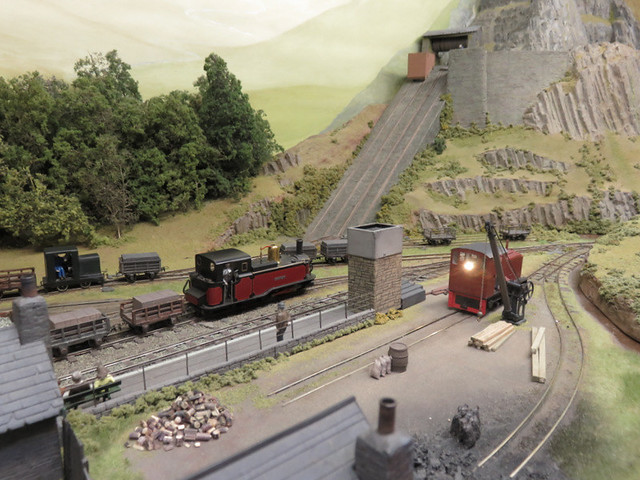 Pen y Graig (5.5mm scale, 12mm gauge) by Barrie Johnston had a real wow-factor. The dramatic Welsh scenery is presented in a deep and tall layout, including a working incline. 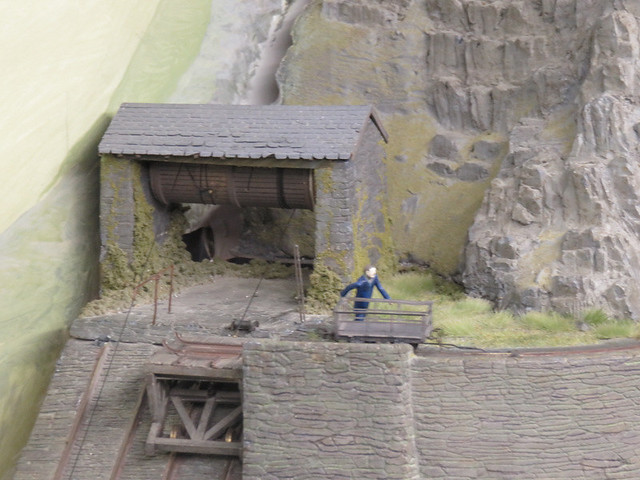 At the top of the incline the wagons are pushed by a man - yes, the figure moved along pushing the wagon! 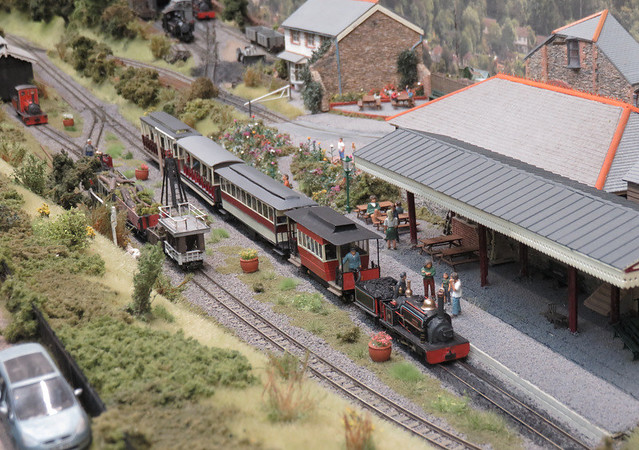 It was good to see Richard Holder's model of Launceston (009) after visiting the prototype this summer. This is an impressive layout that really captured the real thing. 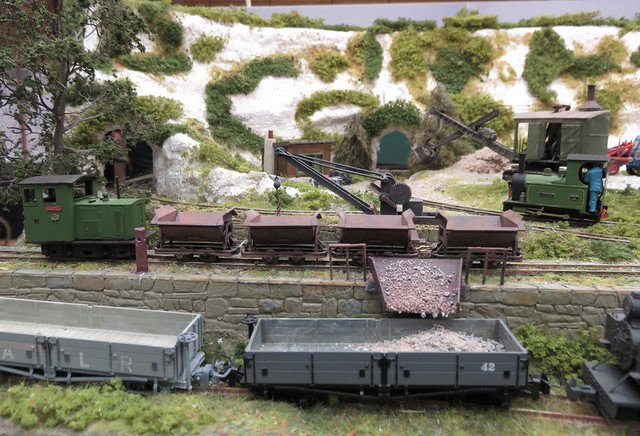 Empire (OO6.5) by Peter Smith makes good use of this small scale/gauge in a surprisingly small space. The scenery is excellent, the small locos really well made, but most astonishing of all, Peter uses radio control. These tiny models have a receiver and batteries fitted into them...! 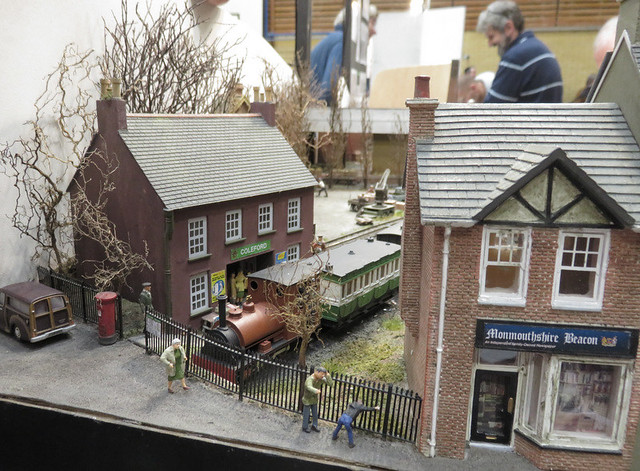 Coleford (009) by John Wilkes is a layout I've seen before, but each time I see something new. A characterful and delightfully detailed off-beat layout. 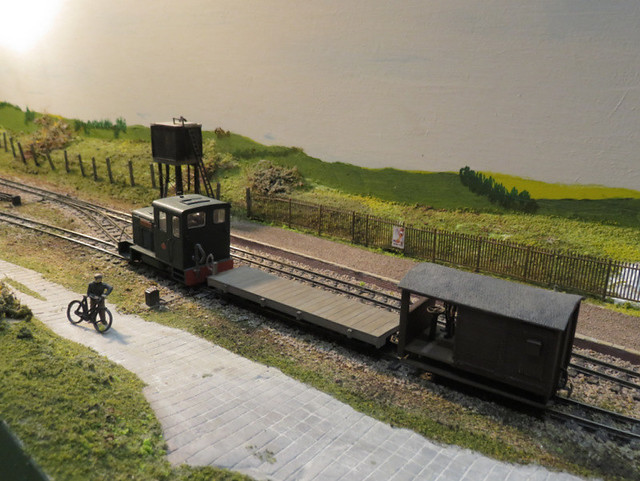 I did point out to Chris Ford that the lighting on Orne (009) was not especially useful - but this shot seems to benefit from the odd lighting position giving an impression of the evening train. A less-is-more layout and very effective for it. 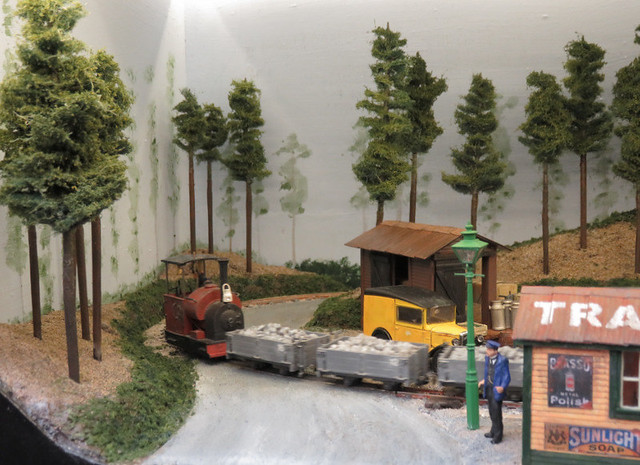 I just liked this shot of Pyn Valley Railway (O9) by Christopher Payne, which captures the roadside tramway perfectly. 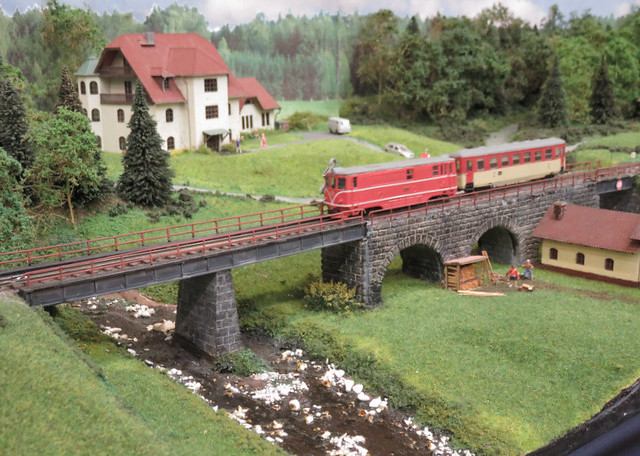 Likewise this shot of A taste of Aber (3mm scale, 6.5mm gauge) by Blair Hobson paints an attractive scene.

Sadly I gather numbers were down again this year, I do hope the organisers find a way to increase numbers and ensure the show continues, as it's a top quality show for both layouts and trade.

There's a load more photos on the Flikr album, I've noted the layout names, scales, and builder, so do enjoy.
Posted by Michael Campbell at 22:51