While thinking about buildings and backscenes, I thought I'd use a sunny afternoon to get a simpler job done - rail painting. 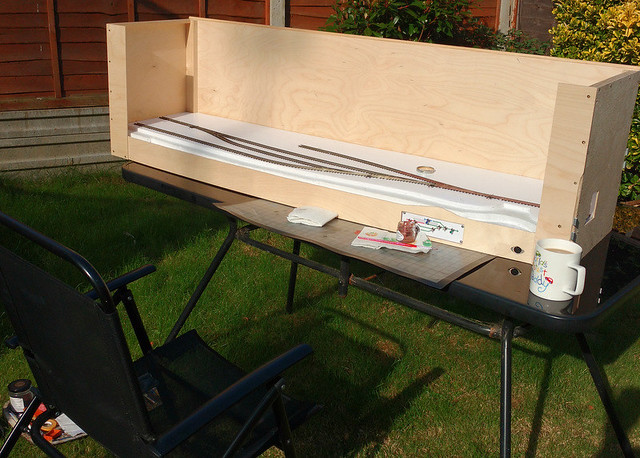 So the garden became my studio... at least until a very black cloud appeared! 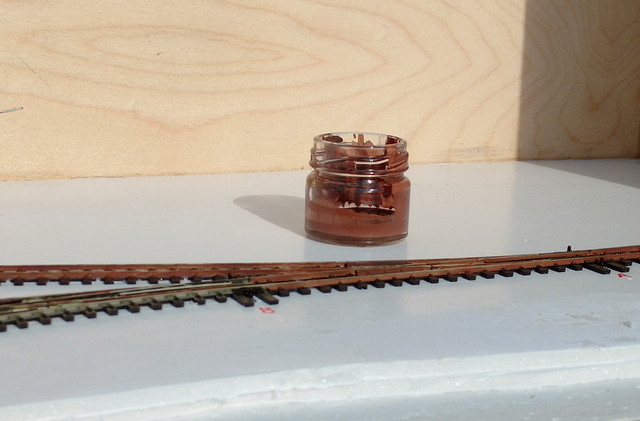 I mixed up some enamel paint to a reddish brown, based on some photos of track at Amberley. 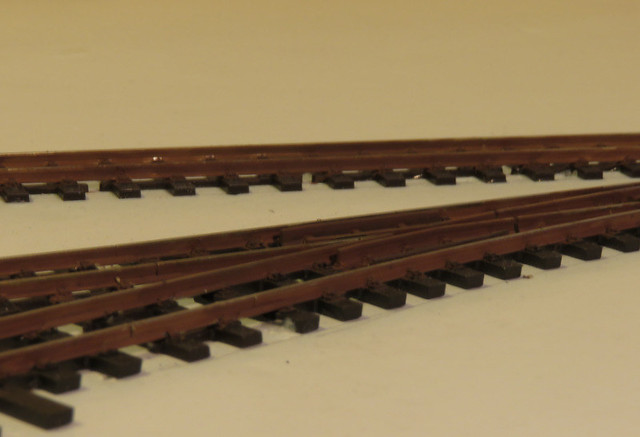 It makes a surprisingly big difference to the look of the track, though the rail looks rather heavy at this angle. Lots more to do, the sleepers could do with being a little lighter and after ballasting, a thin wash will be used to tone things down.

So, back to thinking about the buildings... 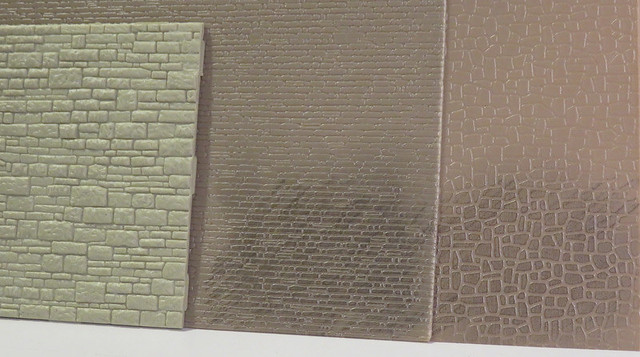 I've got three types of embossed plastic stonework: Wills (left), Slaters random (middle) and coursed stone (right). The question is which is most appropriate for Dartmoor. As a comparison there's a close-up of the bridge below. 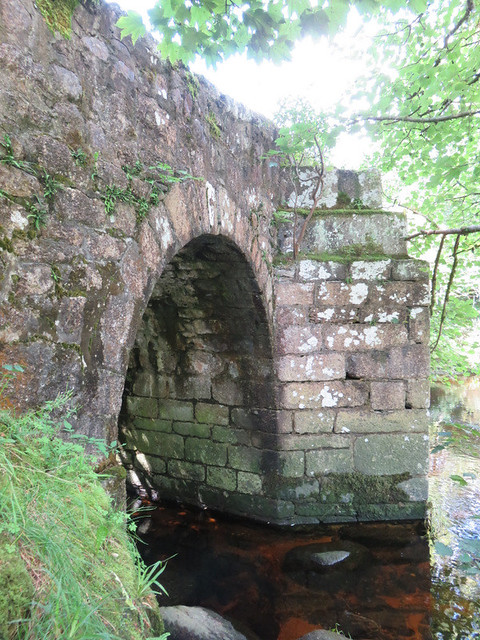 The other option is scribing DAS or similar, which I'd rather avoid!
Posted by Michael Campbell at 22:21

I'd say the Wills coarse stone is the closest match, but the Slaters one in the middle is also ok for larger areas... avoid the one on the right.