Shiny and not-so-shiny at the Bluebell Railway

Last weekend we had a family day out on the Bluebell Railway. This is our closest big preserved steam railway, so one we visit fairly often, but it's always nice to ride behind a steam engine. 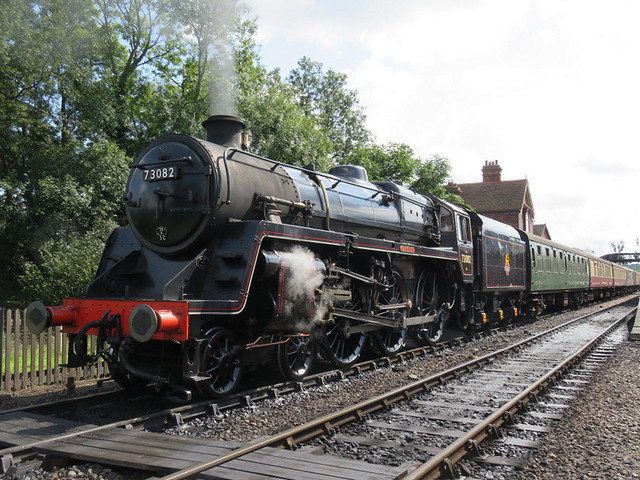 Our train was pulled by this immaculate BR class 5. 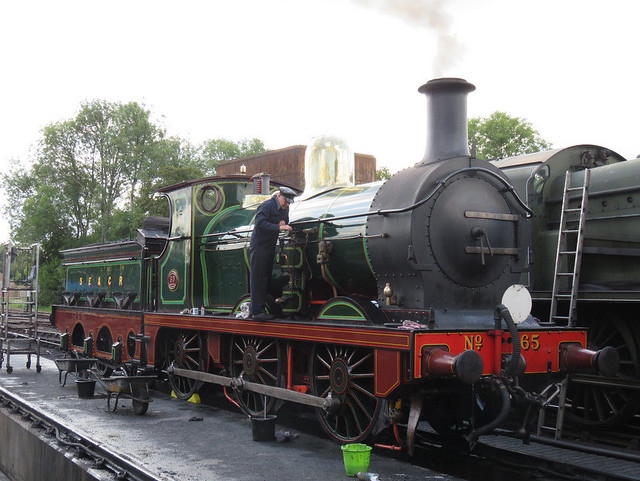 This delightful pre-grouping loco was being prepared outside the engine sheds. Replace the plastic buckets for metal, and the aluminium ladder for a wooden one, and this scene could be 100+ years ago. 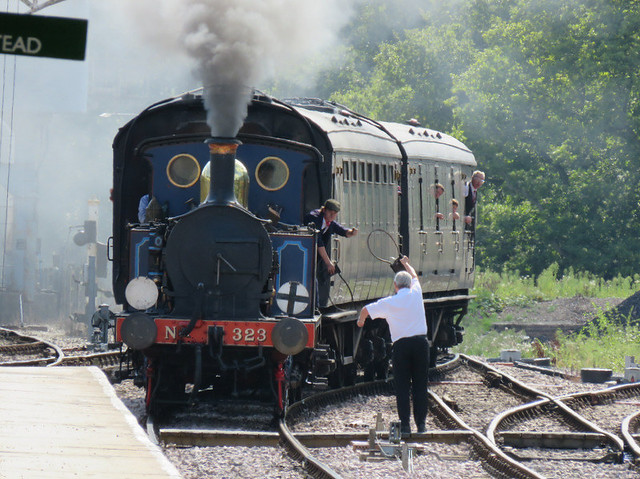 No this isn't some kind of tribal dance, or strange version of tennis, but the exchange of single-line tokens between signalman and loco crew. 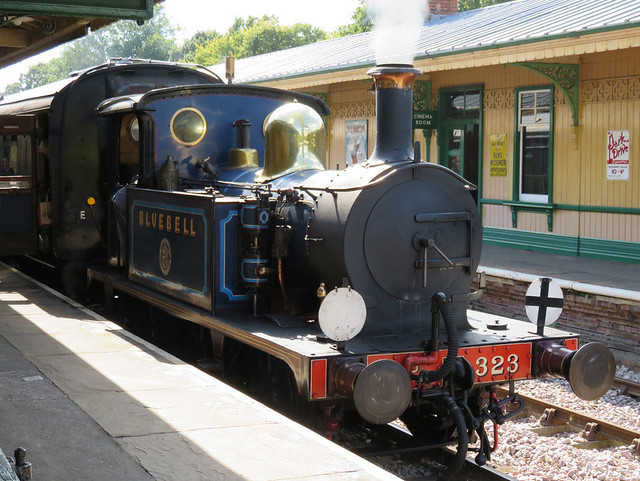 The SE&CR "P" class locos have a light-railway charm about them that is rare for main line company locos. 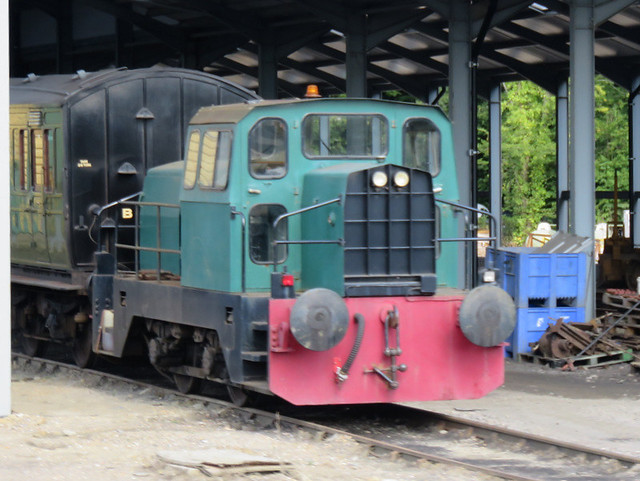 Taken from a moving train and slightly out of focus, this picture of a Sentinel is interesting, and not just because I have a similar Hornby model somewhere. Comparison with the railway website picture shows how much it has faded, and it's a good example of weathering on a workhorse locomotive - even on a preserved line. The brake dust, rain streaks, and generally used appearance (without being in any way neglected) is what I was aiming for with my diesels in the last post.

Posted by Michael Campbell at 22:46