This coming Saturday is the EXPO-NG show, one of the highlights of the narrow gauge modeller's year. And the Sussex Downs 009 group have been busy preparing for some months... 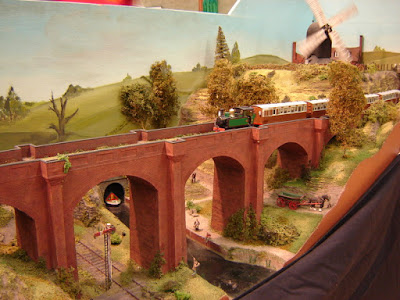 The Upsand Downs and Evaleight Railway is an extensive layout built by members over several years, though it was largely completed some 10 year ago. It is a whole-system model with two termini, a couple of intermediate stations, a quarry and a brickworks which provide the reason for the line. It can be operated to a sequence which reflects the traffic on such a line, so trains run with a purpose. 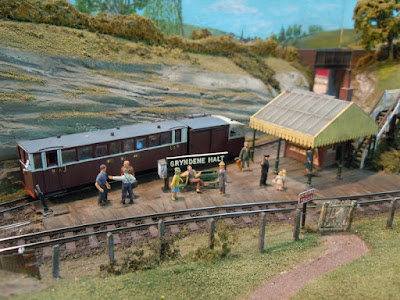 It is modular in design so that each of the stations can be exhibited on it's own or with part or all of the rest of the layout, though it has only infrequently been exhibited in it's full form. The truth is it takes a lot of effort and a van (plus several cars) to transport to exhibitions, and a good turnout of operators to do it justice, so usually a small part of the layout is shown. But it's still difficult to exhibit and with fewer members able to dedicate the time needed to exhibit it, and our van-owning member trading it in for a car, the group is planning a new exhibition-friendly layout. 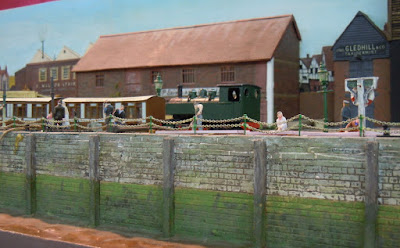 So EXPO-NG this year is being billed as the layout's final showing, although parts may get re-factored into a smaller layout this is the last time we'll be running the whole layout. Since it is rarely assembled completely we've spent the last few months checking it over and test-running. We've run through the whole sequence several times (serious stuff this, playing trains...!), and I've even brought my son to a couple of club-nights to train him up as an operator. 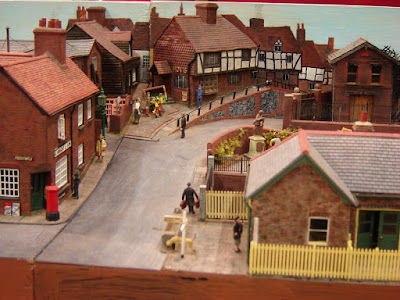 Having had no part in it's building I can say I think this is a cracking layout, superbly detailed, and there are few layouts seen at exhibitions that show a (near) complete railway system, so it is quite special. If you are at EXPO do look out for the layout (I believe we're in one of the squash courts off the main hall) and say hi. 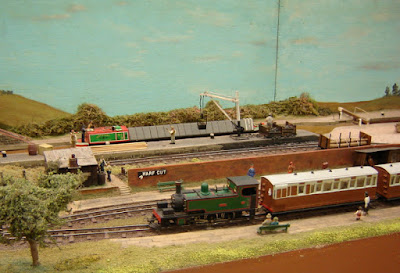 Posted by Michael Campbell at 22:17