A family day out in Burgess Hill

On Saturday I visited the Burgess Hill exhibition, for a change with both kids and the wife in tow. I don't think I've ever visited this show before, but there were some good layouts so it was worth a trip over the hills. In fact there were around a dozen layouts, and narrow gauge was for once well represented, in fact a good range of scales and themes were on show. Here are some pictures of my favourites. 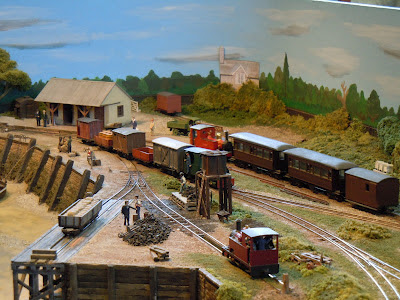 Pagham Harbour by Richard Glover (009) was an inspirational layout for me when I started in 009, showing how much atmosphere and realism could be created modelling a fictional scenario in a small space. Richard later rebuilt the layout - slightly larger but keeping the same atmosphere - and it was good to see it close up. Well, I say close up but despite being a mere 6 feet or so long, it seemed to have a big crowd in front of it! 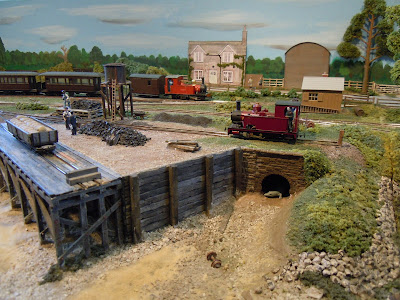 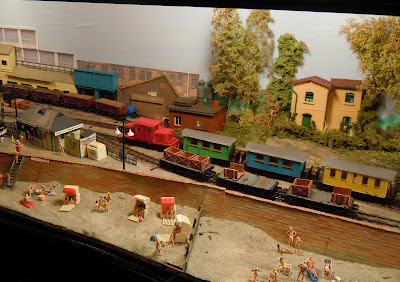 Andrew Knights of the Wealden Railway Group is a prolific small-layout builder (no really, he's built more small layouts than me!), and was showing Sonne, See und Schmalspur, a German sea-side scene in H0e. A fine example of a fun layout that shows what can be built at home. 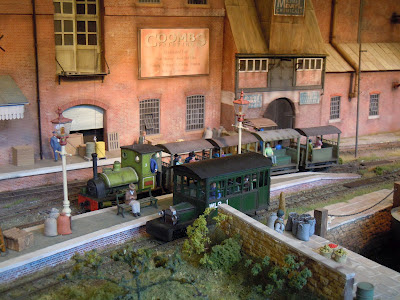 Whiteoak Light Railway (0-16.5) by Martin Coombs depicts a freelance industrial narrow gauge railway, but rather than the usual rural idyllic scene the layout is framed entirely by grimy industrial brick buildings. In fact there is no back-scene, the buildings just continue up until their tops are hidden by the upper pelmet, a cunning ploy that enhances the hemmed in industrial feel. As well as the fine buildings it features a superb model ship, and hosts a selection of unusual industrial locos - mainly diesels made from kits and conversions of Bachmann US outline models. 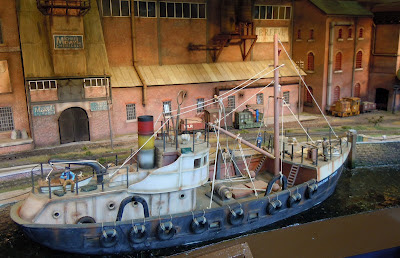 So just a handful of the layouts - it was a good show, and even the wife and kids enjoyed it. Perhaps more on that another time!