The forecast was fine, so what better family day out than a trip to Hollycombe? I've known about the place for some years, so it was nice to finally get there. It describes itself as a "working steam museum", and has a collection of steam traction engines and rollers, a fairground of mostly steam-powered rides, and of course a steam railway. Well, three actually! A short standard-gauge line, a 7 1/4 inch miniature line, and a more extensive 2-foot gauge line. 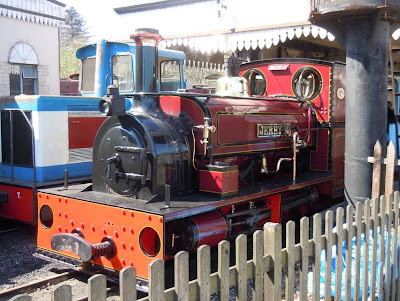 The pride of the line is "Jerry M", a Hunslet 0-4-0ST that originally worked at the Dinorwic slate quarry in North Wales, one of a pair used to shunt the lower level it is somewhat bigger than the typical "Quarry Hunslet". I built a model of this design many years ago, so it was nice to see one for real. 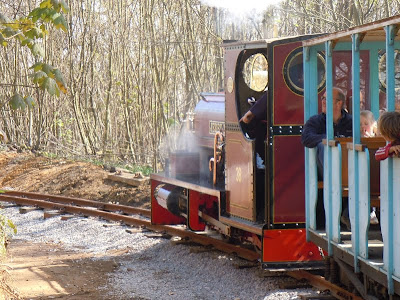 The standard gauge line seemed to be under redevelopment, and wasn't giving rides, but there was an interesting steam tram loco on display. 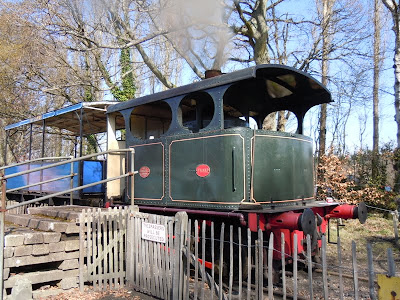 The miniature line has this interesting loco, I think it is based on the style of the Heywood 15-inch gauge "working" miniature lines. In which case at about 1/2 scale it is a miniature model of a miniature railway...? 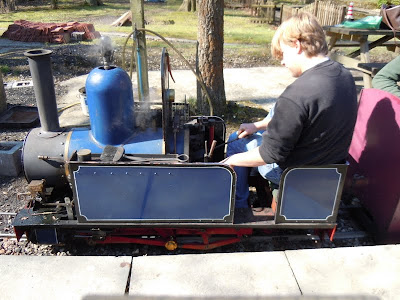 The funfair was huge fun too, with a collection of historic fairground rides. Most were steam powered, and all were superbly kept. Several were being worked by steam provided by a "portable" boiler, so their own boilers were out of action, which makes sense in terms of maintenance but the experience was no less authentic. I think our favourite was the big wheel. 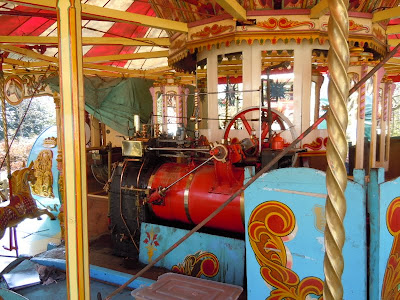 I've not even mentioned the traction engine ride, or the other displays including old farm equipment. There are lots more photos, which you can see here. The kids loved it, we all had fun, a great day out.
Posted by Michael Campbell at 21:08