Both Loctern Quay, and my son's Slugworth & Co., will be at the "SWING" narrow gauge show in Worthing this Saturday. 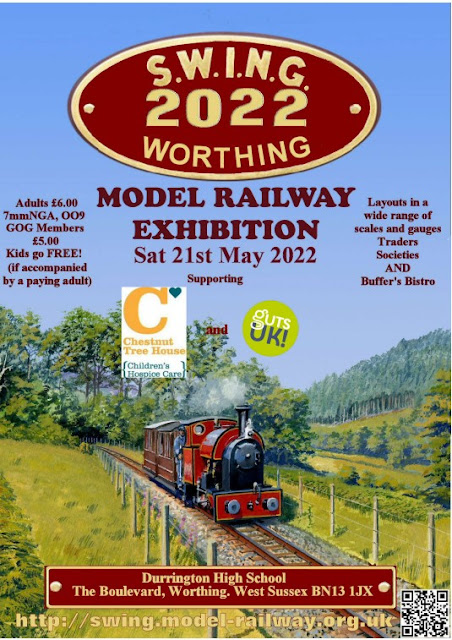 Since both layouts were out last month at Narrow Gauge South, and generally performed well, there is little preparation to worry about. However, one of the new trucks I'd made insisted on derailing through facing points. Strangely, it hadn't done this in testing, but after derailing repeatably at the show it was quickly banished back to the stock box.
This kit uses the new type of wheels which have much finer flanges than older wheels, and a wider back-to-back measurement. For some reason the flange was hitting the vee of the point and riding up - clearly not checked by the check-rail. That reason was most likely to be skew axles. 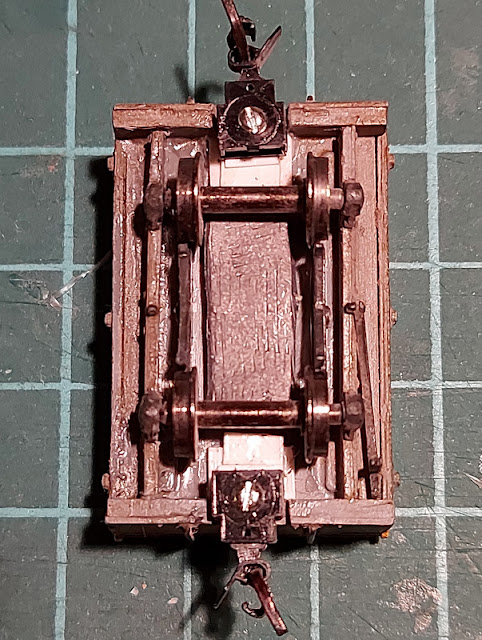 Can you see them? It is barely perceptible until looked at closely, and took a couple of attempts to get a photo that shows the skew. Of course correcting this means moving one of the sole-bars lengthways to align the axle boxes. I scored along the join between the sole-bar and floor and cut down the ends of the sole-bar, then flooded the joins with solvent. Some firm but gentle persuasion with smooth-jaw pliers got the sole-bar free in one piece, and with a reasonably clean break apart from some material left in the corners. 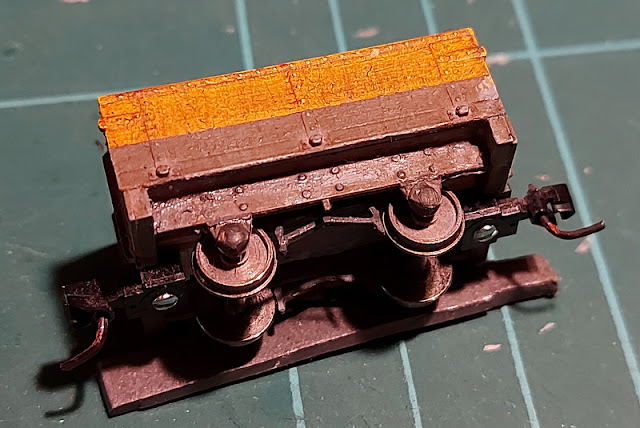 The sole-bar and floor were cleaned up, then with one end trimmed slightly the sole-bar was reaffixed, taking care to ensure the axles are completely perpendicular to them this time! Surprisingly the botched fix is not visible, except perhaps right in the corners of buffer beam, sole-bar and floor - which you can't see in practice. I didn't even need to touch up the paint. 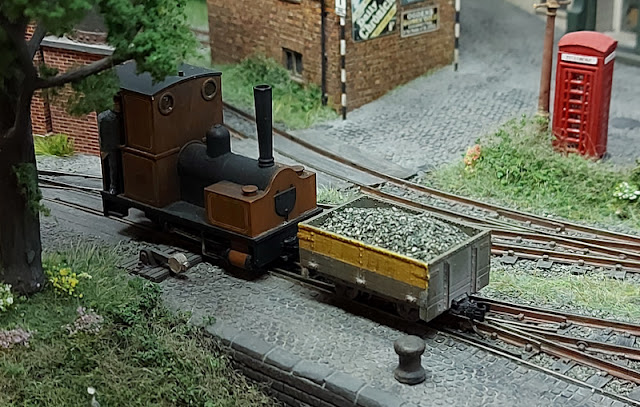 So the fix was easier than feared, and just shows how important it is to check the axles are square to the chassis. Testing on the layout seems to confirm the tendency to derail is fixed, though of course the only real test is to run it at an exhibition.

Do say hello if you are at SWING.

Posted by Michael Campbell at 23:20