Onward with more photos from NGS... 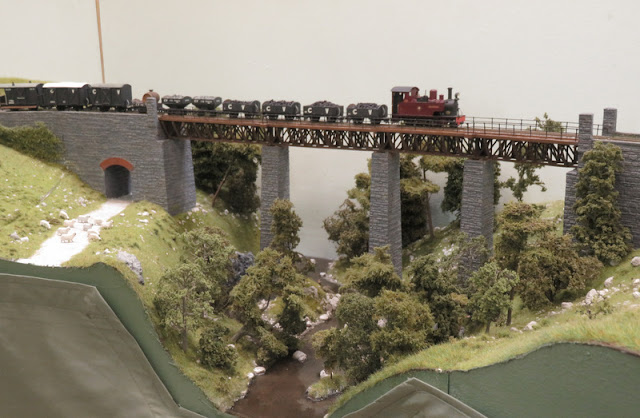 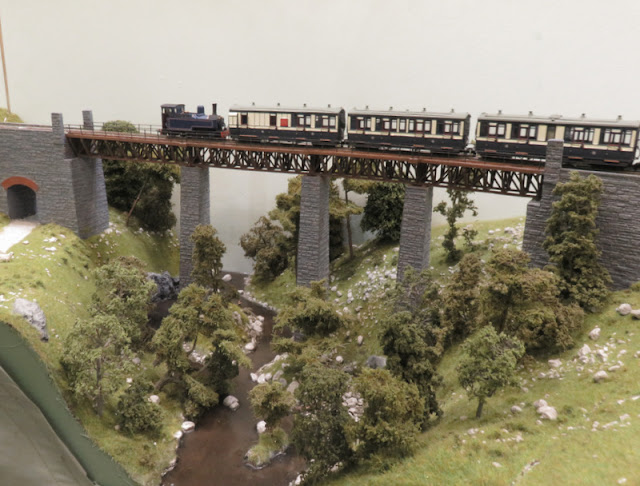 This is a large U-shaped layout set in North Cornwall, but I seemed most attracted to this viaduct! The locos and stock are attractively modelled too. 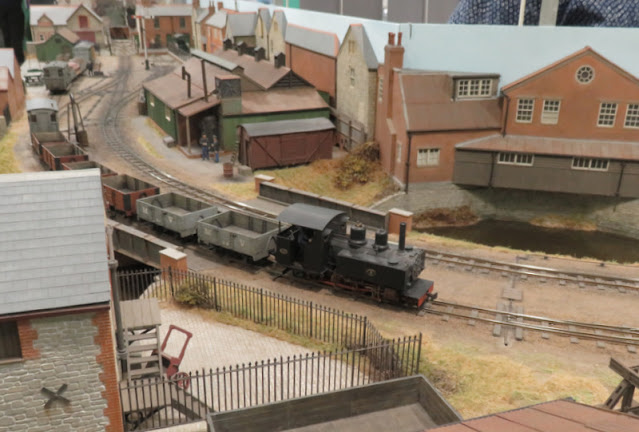 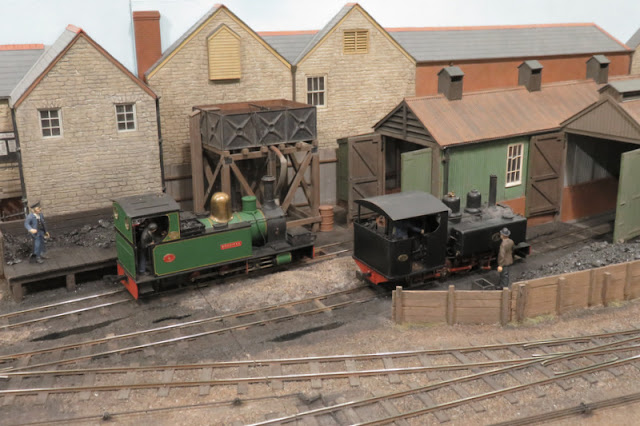 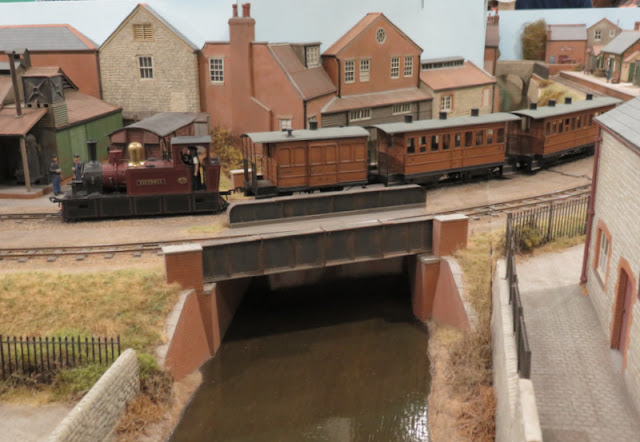 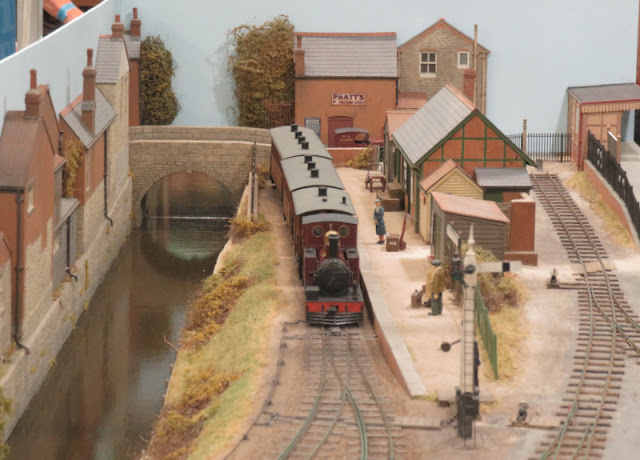 So no apologies for lots of photos, although they are not the sharpest! 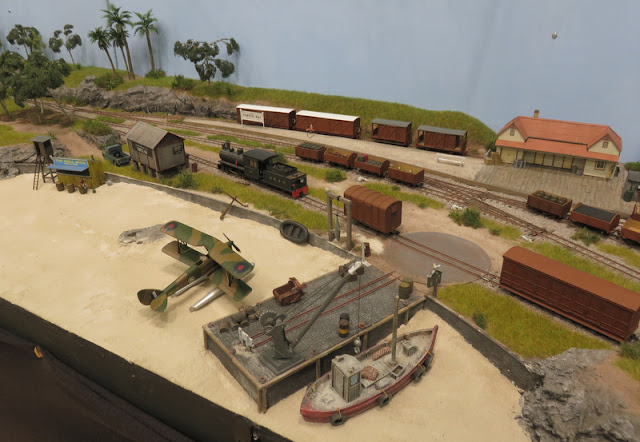 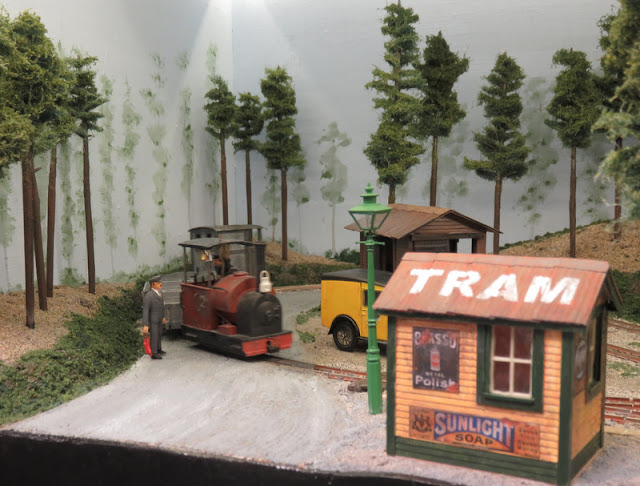 Pyn Valley Railway (O9) by Christopher Payne. What an evocative scene in a really compact space. 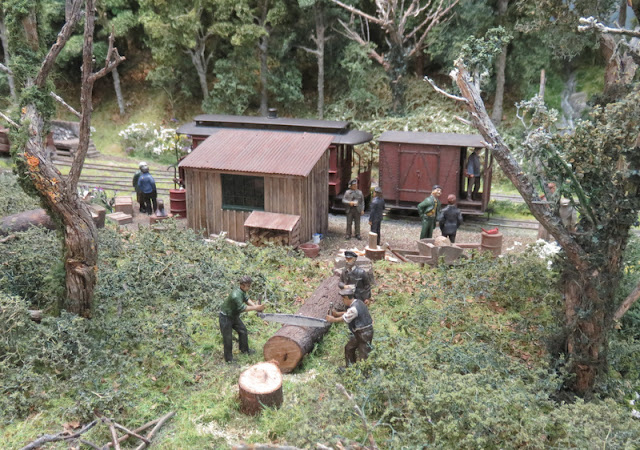 Tony's Forest (O14) by Robin Edwards. It really is set in a forest which is impressive (from a modelling perspective) and atmospheric. Peering through the trees reveals delightful details. 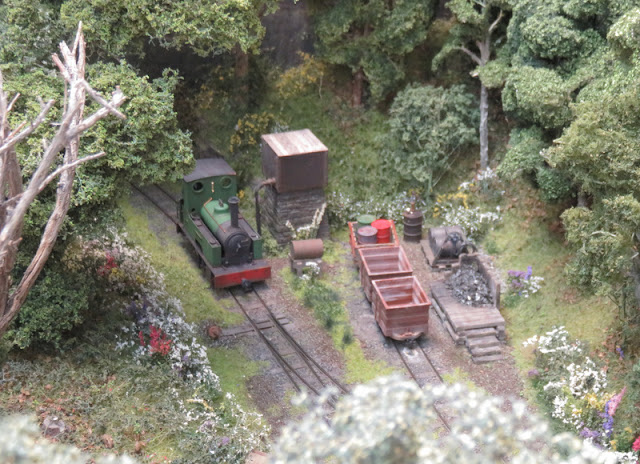 However, catching a good photo of a train is challenging - at least with a standard camera by hand given limited time! This is one of many layouts I'd have liked more time to study, so I hope to see it again. Maybe next time that logging crew will have cleared a few more trees... 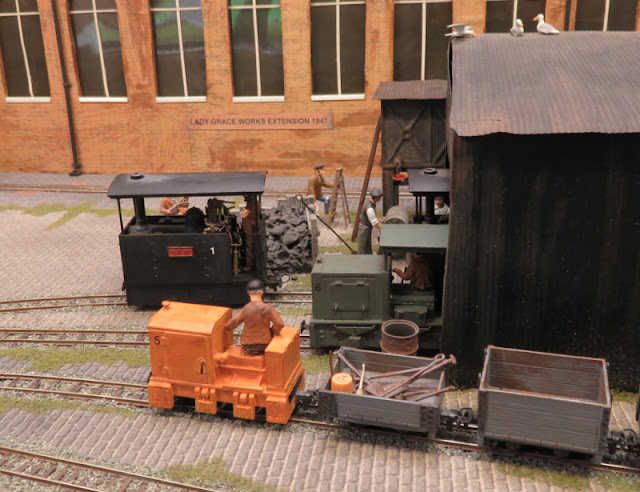 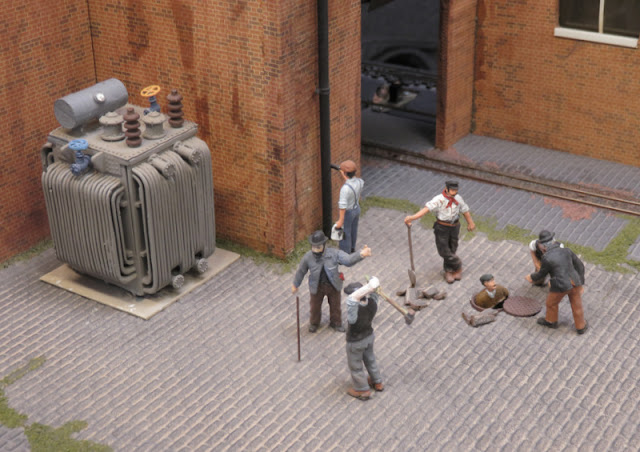 I did like this detail scene. Maybe these chaps will be wiring in that transformer? 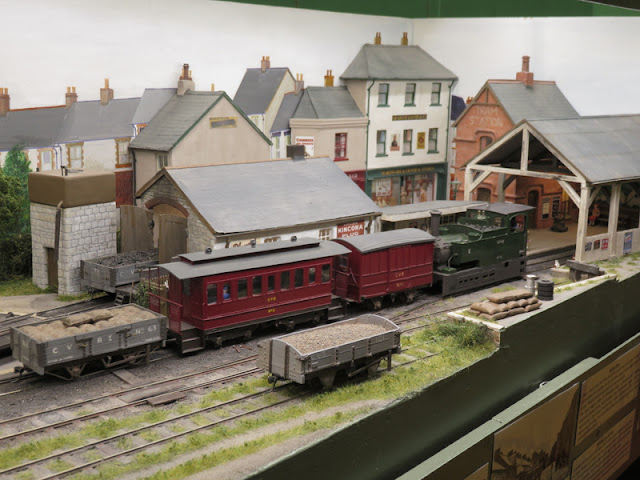 Fintonagh (O21) by David Holman is a beautifully modelled portrayal of the Clogher Valley Railway in Ireland, albeit an imaginary branch. I've admired this layout before, so didn't spend long looking at it. 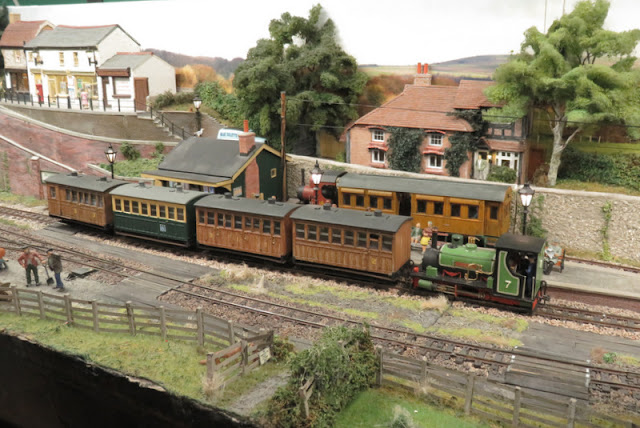 Slindon Vale (O16.5) by James Edwards.
I'll admit these aren't the best photos I've ever taken, and there were many more layouts I either didn't get time for a good look at, or my photos were too rubbish to use. I didn't even look at the trade stands at all, except for a brief scout of the 009 sales shortly before the show opened. The day was a bit of a blur to be honest, and while I spoke to lots of people I'm sure there are people I missed, or couldn't stop to talk to. It was, of course, a great day...
Posted by Michael Campbell at 21:31