The yard at Hexworthy will be used as a "permanent way" (track) maintenance yard, and will have a grounded shipping container. These are often placed on timbers, so I made up some from plasticard, along with a rudimentary ramp up to the doors, and stuck them down before surfacing the yard. 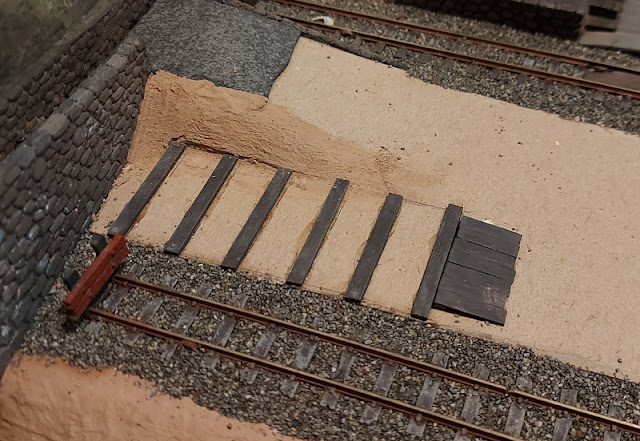 I also added bases for a phone box - which I thought would add interest and look plausible placed by the road entrance - and the heating oil tank. These were simply made from a little DAS clay. 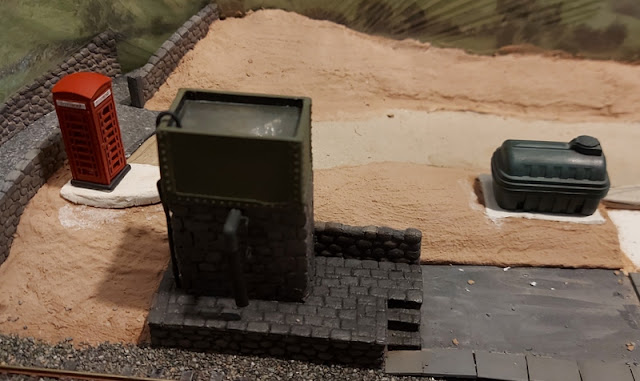 At the back of the station building I added a pavement from a layer of thick card, cut to the shape of the building by drawing around it. I was going to just run the tarmac up to the back of the building but this seems neater as it means the building doesn't have to be fixed down (yet), it is a tight fit in, and allows easier access to the narrow space behind. It is made simply to represent concrete, mainly as it won't really be seen so no point in putting in a lot of effort! 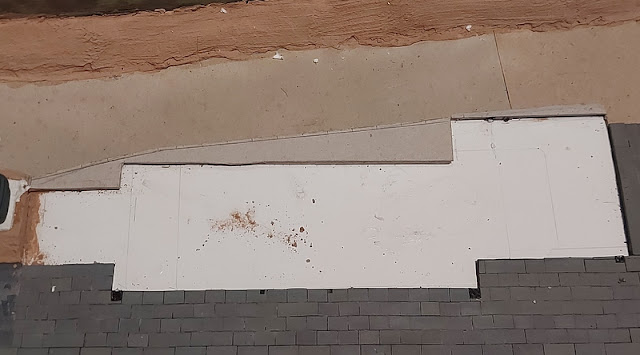 All the roadways, platform and yard areas are textured with fine sand. I use play sand as sold for children's play pits, having kept a couple of jars when my kids grew out of theirs, though a large bag is very cheap. It is fine enough to be a good representation of gravel or tarmac. First I put down an even layer of PVA glue, which is slightly diluted (about 3:1 with water), and no need for washing up liquid here. 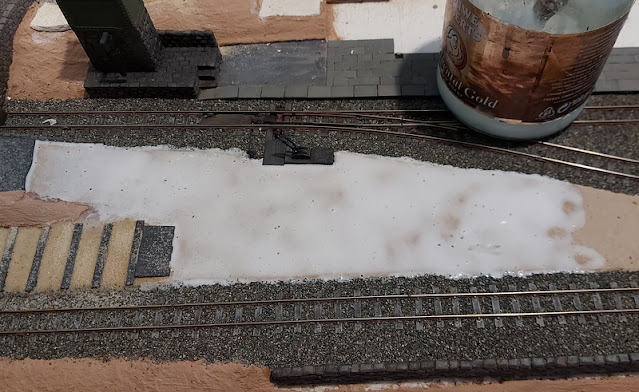 I use an old tea strainer which helps scatter the sand evenly and stops any oversize particles. Sand is added a little at a time by tapping a teaspoon onto the strainer. This gives an even finish, but I have found it best to let it dry fully and vacuum off excess before checking, and not be tempted to add more glue/sand as this gives an uneven finish. If necessary a second application can be made later, although this is rarely needed. 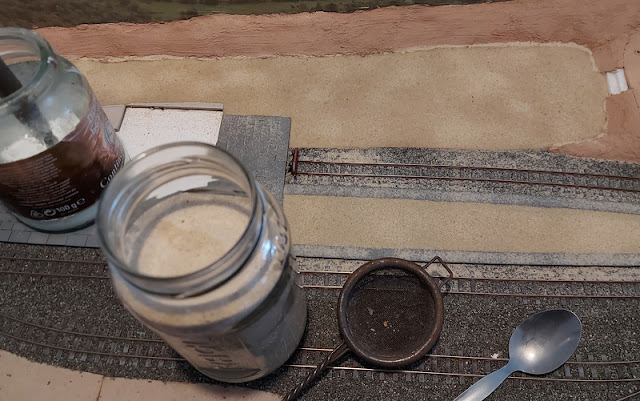 I've used the sand for the yard at the front, the platform surfaces away from the paved area, and the road/yard at the rear. Although they look the same now, they will be given different finishes in painting. 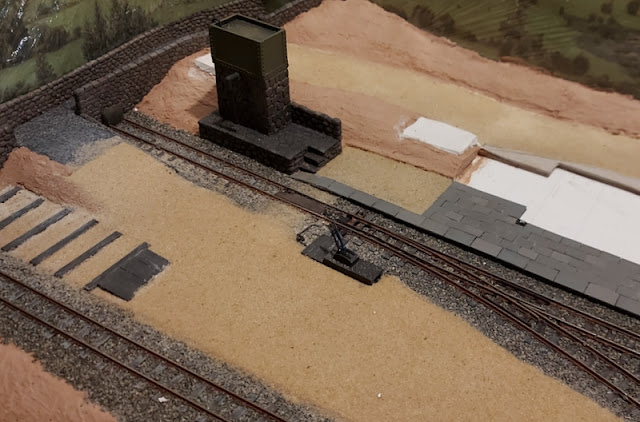 Posted by Michael Campbell at 22:57